I’ve only been to one Pilates class in my life. I’ve also only been referred to as the “butch” one time in my life. Well, at least one time to my face. And while it shocked me, it didn’t anger me, as the opposition of strength and femininity in the gym is a battle I’m well familiar with.

One of my favorite things to do when I was living in Los Angeles and working as a trainer full-time was to visit other group classes around town. I won’t lie, my main objective was to see what other coaches/teachers were doing and “borrow” it for my own use. As Picasso said, “Good artists copy, great artists steal.”

It was on one of these fact-finding ventures that I found myself in a Pilates studio. My background up to that point was mainly martial arts and CrossFit. Things like Cardio Barre, spin class, and Pilates were novel to me, and therefore something to be studied. I always enjoyed learning new things and as such I was excited to try Pilates and get on the rather fantastical-looking reformer machine.

Despite my enthusiasm, I was not greeted with a terribly welcoming attitude. I was there with a male friend and for all practical purposes we were both treated as an outside species. We were tan, lean, and a little giddy. The other students were middle-aged, soft, and generally dour. The other students didn’t speak to us and the instructor seemed amused by us. It was as if we had accidentally landed here on our migration route, but whether this was my natural setting or not, I was determined to learn.

The teacher started the class with some floor work. We were instructed to do pushups and emphasis was put on full range of motion. I dutifully did what I knew to be a pushup – from my toes, chest brushing the floor. This was met with an “Oh, well, I guess you can do that” remark from the instructor. I was a little mystified by that remark. I loved visiting other classes so I could get coaching. I loved taking that coaching and using it to manipulate my body. I didn’t know how to apply “Oh, well, I guess you can do that.” Sadly, this was portentous of what was to come.

Finishing the floor work, next up it was time to get on the reformers. Having never been on one before, my friend and I were in need of instruction and thankfully, the teacher did help us out quite a bit, explaining the machine and how it worked. The room was lined with about eight reformers, four on either wall. The teacher pointed out which two we should be using, and pointed me directly to a specific one. The other women were standing aside, watching and waiting, clearly impatient, one of them wearing a wry smile.

And then, as she stepped away from me, the instructor said it. I think she thought she was saying it softly enough I wouldn’t hear. Perhaps she was trying to win back the other women in class, who were now disengaged. After pointing me to my machine, the instructor turned back to the other students and said, “That one’s for the butch girls.” 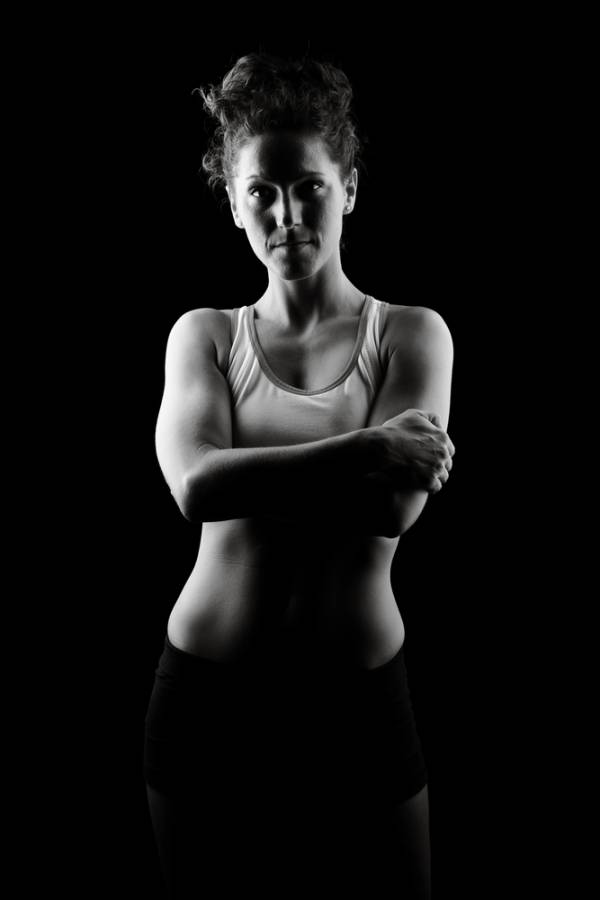 Excuse me? Now, I get that not every woman wants to look muscular. And I also get that after years of muay Thai and other sports I am prone to traps that have invoked the jealousy of men on more than one occasion. This doesn’t mean I’m a lesbian. This doesn’t, in fact, mean anything about who I am as a human being or my identity in the world. I could grow traps that touch my ears (and I just might be able to) and at no point along the way would it change, impact, or influence my sexual orientation and/or gender in any way.

And who cares if I’m a lesbian anyway? Does that mean I need to use the reformer with the stronger springs? Really? Because that’s what it came down to. The machine the instructor pointed me to had stronger springs. That’s it. She could have said, “You do weight training, so I think this machine would be best for you.” But, no.

So, it comes back once again to this idea of strength versus femininity. Of strength being in opposition to what it means to be a woman – that is, in opposition to some sort of archaic sense of what it is to “be a woman.” Does being strong mean you are man-like? Does being man-like make you a lesbian? What if I’m a lesbian, but I’m not strong? Seriously. I’m being ridiculous because this whole train of thought is ridiculous. None of these concepts has any impact upon or anything to do with each other.

“That one’s for the butch girls” made as much sense to me as “Oh, well, I guess you can do that.” And for that Pilates instructor, I think those remarks came from the same place inside her, perhaps her own femininity-strength turmoil. Rather than offer constructive coaching, something inside her spit up an emotional response. Something inside her felt she had to critique and condescend. Something about me made her feel badly about something inside her.

And I’m not judging her. I’m empathizing with her. Maybe she was a newer coach and she just didn’t know yet that her students would be a reflection of her own challenges. That’s how it always is. Those students you don’t look forward to seeing in class? They are the ones you can learn from the most. It’s not their shortcomings that bother you. It’s the fact they present you with yours. 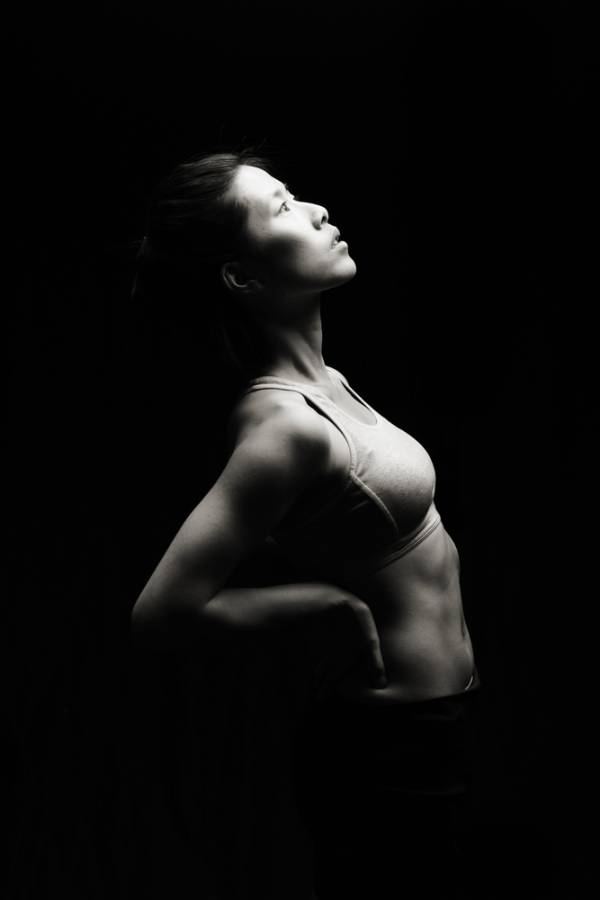 And so, I lift up my proverbial glass to the “butch girls” out there. Wherever you are, whether you have found the gym for you or you are still searching, I promise you there’s a place where no one will say those things. Where you can lift weights and grunt. Where you can wear pink and rip your shins open. Where you can paint your nails, do your hair, and have calves that make men green with envy. Even a place where you can be as “butch” as you want to be.

And if you haven’t found that place, I invite you to consider creating it yourself. All I ask is that wherever you strong girls are, be inviting, be empathetic, be strong, and be open. Let the gym be a place where we are free from gender rules and free from judgment.