Should you do dynamic stretches or static stretches? Is one better before your workout and one better after? Why is stretching so complicated? Let’s look at the science and simplify things.

William Shakespeare spin-off quotations aside, static stretching (SS) of your muscles is the topic. It has been around for a long, L-O-N-G time.

These are just a few examples of how we have statically-stretched the muscles over the years.

The practice of engaging in static muscle stretching for the purpose of increasing the range of motion (ROM) to enhance athletic performance and minimize the risk of injury has been a long-held tradition. Various stretches at each joint of the body are normally performed pre-practices, skill training sessions, and athletic contests. The process is usually done in some logical order (from head to toe or from standing stretches to on-the-ground stretches). Stretch, hold, relax, and repeat.

However, what if it was determined that all these years of SS had a negative impact on performance? Let’s take a look at this issue.

A study by Simic, et al. conducted a meta-analysis to quantitatively combine the results of previous individual static stretch-related articles and estimate the short-term effects on muscle strength (peak force, torque or 1-repetition maximum either isokinetic or isometric), power, and explosive muscular performance (rate of force development, and jump, sprint and throwing performances). The researchers took it one step further to determine if these short-term effects were specific to:

A literature search was conducted for this study across multiple online databases focused on published journal articles that reported on healthy human subjects, SS effects on muscular power, strength and explosiveness, SS lasting less than 30minutes, and were written in English.

The authors found 104 articles from which they were able to extract data and statistically standardize the data based on the aforementioned criteria. Here are their findings:

Is there still a place for SS in pre-activity warm-up based upon these results?

One significant point is the time the SS was held. Simic, et. al. were able to find a lessened negative effect when stretches were held under 45 seconds per muscle group. In reality, most SS protocols involve a much shorter stretch time period, often times to a 10-count (approximately 10 seconds). Thus, to what extent is there a negative effect on performance? 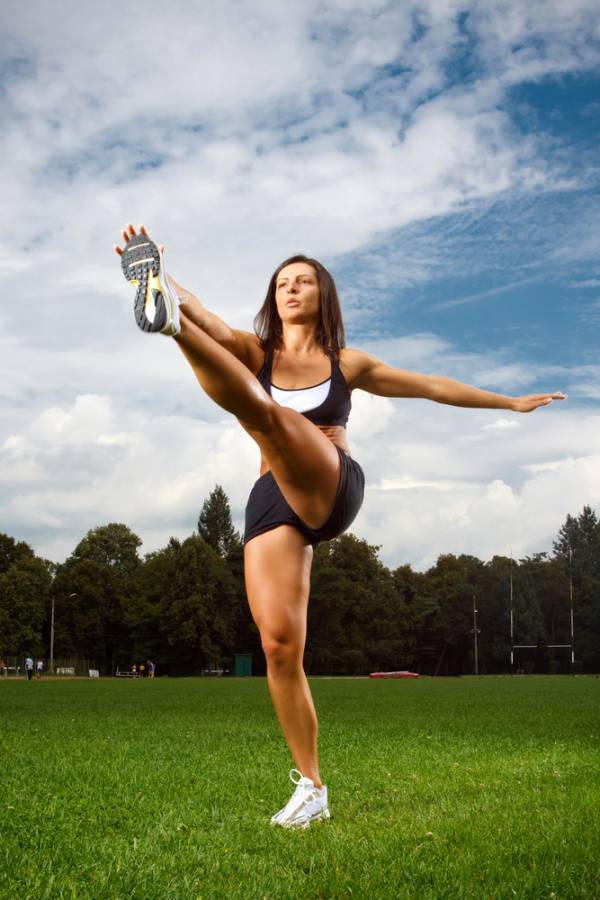 With the reductions in muscular strength, power and explosive muscle performance the researchers noted the results can be applied to both young and old populations, males and females, as well as athletes versus non-athletes. If their analysis is accurate, then these findings can plausibly be applied to all active individuals.

Additionally, their findings strongly suggest that the use of SS as the sole activity during a warm-up routine should generally be avoided. Again, realistically, most organized warm-up periods that athletes engage in include other dynamic stretching and movement activities and not overly-lengthy SS exclusively. There is a mixture of both static and dynamic events prior to the activity.

Should we now begin to think about restructuring not only warm-up sessions, but also cool-down components, as well? Removing the SS portion of the warm-up can conceivably reduce or eliminate the negative effects SS will supposedly have on the performance elements, while focusing on SS during the post-event cool-down may allow an athlete to address ROM and prevent injury before going into the next session.

In conclusion, why all the fuss over the supposed ills of static stretching? If done correctly, it is safe, normally time-efficient, and can be a part of a comprehensive warm-up and cool-down program. Name me someone who only performs 45+ second static holds while eschewing any dynamic activity pre-event? No one! When world records and other outstanding athletic feats occurred in the past, I am sure those performers not only static-stretched, but also used dynamic drills and stretches as a part of their warm up routine.

Static stretches alone without other dynamic warm up components are not advisable. Ideally, a warm up should consist of easy movement drills to elevate the core temperature, static-stretches, and then more dynamic stretches. Post-activity is an excellent time to static-stretch as a part of the cool-down process.