You may have heard that smiling can make you happier. What if acting more dominant can help you lift more weight? Recent research suggests that your body language changes the body’s physiology to increase testosterone and decrease cortisol.

Louis Armstrong croons that when you smile the whole world smiles with you. I am not sure if that is true, but research has established a link between smiling and the smiler’s happiness. Actual physiological changes take place in your body that make you happier when you smile.

In these smiling studies (e.g., Soussignan, 2002), participants are blinded to the smiling condition because they are asked to hold a pen in their mouth (sideways) without letting it touch their lips.4 That is a pretty sly way of getting people to smile without them knowing it.

Similarly, using Botox to freeze facial muscles related to frowning causes people to feel less anger than before they received the injection.2 Thus, it seems like this forward feed loop could have some important influence to how we feel and to our body’s physiology.

If these studies are true, then what if we positioned our body in a more powerful pose? We could look to the animal kingdom and we see animals spreading themselves out making themselves bigger. Superheroes often pose in a very powerful manner (e.g., think Wonder Woman with her hands on her hips). Dave Whitley has a come-at-me-bro pose where the arms are outstretched (the goal of his pose is externally rotate the shoulders).

And watch the posture of Andy Bolton and Benedikt Magnusson as they approach the bar to make these record-breaking deadlifts. I am not a body language expert, but it sure seems that they are approaching the bar in a powerful manner.

Researchers Dana Carney, Amy Cuddy, and Andy Yap asked people to come in for five-minute, grueling interviews where the rater (interviewer) remained expressionless the whole time.1 This type of experience usually leads to raised cortisol levels and lower testosterone (something we don’t typically want in the gym).

But in this study, before the interview, participants either engaged in two minutes of standing with their arms wrapped together around them (low power) or in a power pose. The power pose group sat in an arms up and behind the head pose or stood with both arms spread out wide on a table (picture a gorilla about ready to charge). This power pose group demonstrated an increase in testosterone and a reduction in cortisol from this pose (see figure below. They also did much better in the interview, according to independent blind raters. 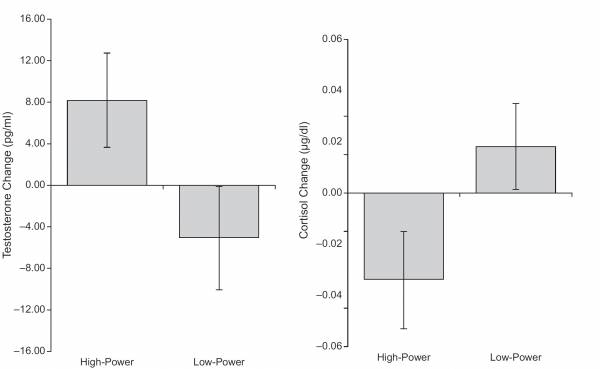 It Works for Both Males and Females

Both males and females experienced this effect of lower cortisol and higher testosterone. This finding is interesting and important in that there are no gender differences. Thus, positioning yourself in a powerful position could have important effects in the gym and in stressful situations. 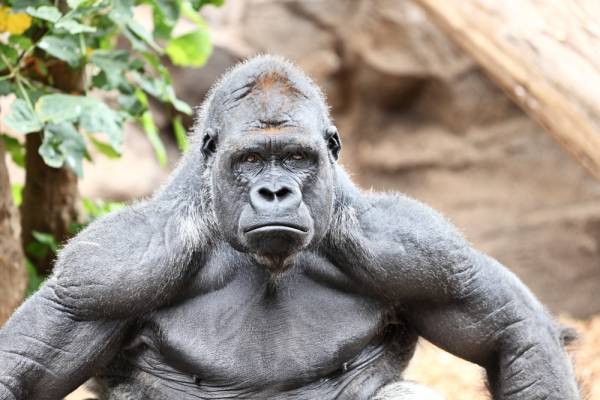 When I work with clients with social anxiety, we have them go through exposures to practice acting as if they are not anxious. These exposures consist of doing things like karaoke, talking to strangers, and embarrassing themselves (yes, on purpose).

After doing these types of activities, their bodies eventually learn they are not in danger and they have an actual reduction in physiological symptoms during the next exposure. I find that this behavioral change is much more powerful than simply trying to tell yourself that it will be okay. Our primitive fight-or-flight systems respond much better to behavioral change than they do to rational thoughts.3 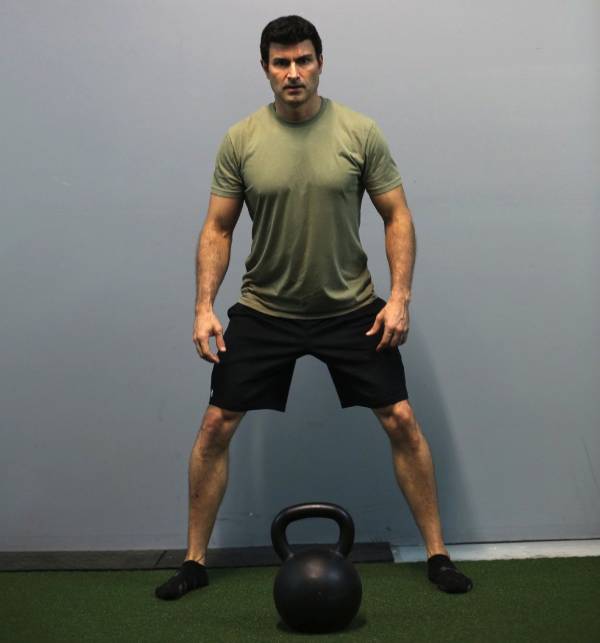 Fake It Until You Become It

We are often told that we should “fake it until we make it.” Social psychologist Amy Cuddy and colleagues say that we should fake it, our body physiology will change, and then we become it. Her video below is actually quite interesting and motivational:

From the graph above, we see a small to medium increase in testosterone and decrease in cortisol. So, power posing is probably not going to be banned by any Olympic committees for its effects on hormones. But it does seem to have a strong psychological effect at the least and it may make it easier to lift heavy weight.

Andy Bolton says he lifts every weight as if it were an extremely heavy weight. Thus, he approaches the bar with the same intensity every time. Try it out the next time you lift. One time approach the bar in a timid manner with your arms crossed. Next set try it with the come-at-me-bro pose (which subsequently also externally rotates the shoulders into a more protective position).

What works best? Any difference? Post your experiences and thoughts to comments below.