Depth jumps provide a great way to develop explosive strength and power, as well as start-stop speed, a need for most athletes.

Someone mentioning they have Soviet training secrets used to be a big deal. The Soviets’ athletic endeavors were quite dominant from the 1950s to the 1990s. One secret that American coaches noticed was the Soviet athletes doing jumping drills before competition, rather than the traditional static stretching.

The Soviet Secret of Plyometrics

This jumping work eventually became known as plyometrics and the foundation of this field came from the research of Soviet researcher Dr. Yuri Verkhoshansky and his American friend and translator of his work, Dr. Michael Yessis. However, the field of plyometrics has changed considerably compared to Verkhoshansky’s original writings on depth jumps.

Dr. Verkhoshansky began his career in the 1950s as a track and field coach for many of the great Soviet teams. His athletes went on to attain greatness and to break world records. In the 1960s, Verkhoshsansky started publishing research on his methods. His research is methodical in how he varied conditions to find what led to the most effective outcomes (see diagram above showing one of his original experiments comparing depth jumps to other methods). Much of his work focused on the depth jump.

What is the Depth Jump?

The depth jump is performed when an athlete drops off a box, lands briefly absorbing the shock, and then immediately jumps as high as possible. The landing period (or amortization phase) is usually less than 0.2 seconds.

Verkhoshansky originally called this method shock training as the body was absorbing a great shock and then using it to increase the following vertical leap. Below is a video from Dr. Yessis showing the depth jump:

In the short term, the depth jump leads to a higher jump than a static high jump because the athlete is absorbing momentum and kinetic energy and using it on the subsequent jump. Dr. Fred Hatfield was known to jump up and quickly grab the bar, while performing deadlifts. He applied the same mechanism to absorb energy and transfer it into the bar.

This deadlift technique is probably not recommended as the landing and set up has to be completed very quickly. It is probably wise to spend a bit more time setting up for a deadlift.

The effects of depth jumps are not only short term as they lead to greater strength changes and more explosiveness. Verkhoshansky found that highly trained volleyball players undertaking a depth jump program gained 14% in their maximal strength.3

There are three reasons for the effects of the depth jumps: 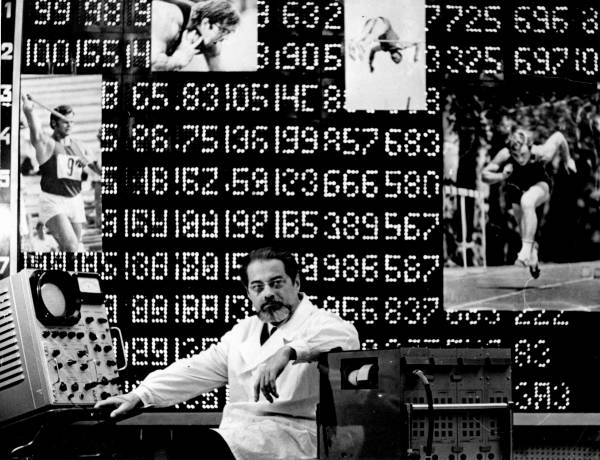 Research indicates that dropping from around thirty inches leads to the greatest explosive strength and reactive abilities. Thus, a running back or a soccer player would benefit the most from these heights. Dropping from around 42 inches leads to the greatest maximal strength development. Dropping from higher heights are not recommended until an athlete can squat at least 1.5 times his or her bodyweight. The shock from the drop can be three to four times the person’s bodyweight.

The best strategy is to start around a person’s maximum vertical jump height. Depth jumps should never be done for high volume and should only be completed one to two times per week. Fewer than ten repetitions is a good standard as the jumps are taxing on the neurological system. These are a speed-strength tool and not an endurance tool.

Other Exercises With Similar Benefits to Depth Jump

Andrew Read mentioned in one of his articles that fast swing are good swings. The fast swing method he described, which originated from Pavel Tsatsouline, utilizes some of the same physiological effects of depth jumps. A kettlebell swing with an aggressive throwing down of the kettlebell on the downswing can activate the same mechanisms.

Another approach would be to wrap a band on the kettlebell (around the handle and then around your feet). This will lead to a quick return of the kettlebell on the downswing. Yet another exercise that takes advantage of the same effects as the depth jump is the clapping or plyometric push up, where trainees clap their hands at the top of the movement and fall into the next push up.

Depth jumps and similar exercises are a great tool to increase explosive and absolute strength, as well as speed. But it is only one tool and it cannot be used in every workout. Using it as an ancillary exercise for short cycles is probably best.