Weightlifting has long been an outsider among the many sports. We were probably isolationist long before the “America First” movement rose. Soon after taking up the sport a new lifter will find out that he is in a pariah sport, one with little to do with others. Even its sister sports of bodybuilding and powerlifting are seen as major irritations, if not enemies. Why did the sport of weightlifting take this tack? Well, the answers are both external and internal.

Externally, other sports saw weightlifting as illegitimate. Old images of fat men in Roman sandals and animal skins left us with an image similar to professional wrestling but without the dignity (indeed, the old-time lifters might have been wrestling on the side to make ends meet). And, as everyone knew, weight training would make you muscle-bound (coaches and doctors could confirm this, of course). And anyway, strength wasn’t needed for any sport, even football, as long as you were fast or had good technique.

Sport anthologies seldom had any articles on weightlifting. The only way we did get any attention was when we had a drug incident. Then we wanted to hide and others wanted little to do with us. And we just weren’t as exciting as the mainstream sports. So we were ignored and not considered part of the sports world.

Okay, so that may explain why the other sports sidelined us. But how did we do it to ourselves? Simple – with our own egos. Often many of our recruits were pre-high school washouts from other sports. Like every kid they dreamed of being a star in the NFL, NBA, NHL, or MLB. They tried out for their school teams and painfully learned that their boyhood ambitions were bigger than their genetic abilities. Somehow weightlifting eventually was discovered and then employed as a sort of athletic ego-balm. Our young man now thinks, ”So what if I didn’t make starting pitcher at school. I’m going to win the Olympics as a weightlifter.” A weightlifter that is bigger and stronger than any old baseball player. In one fell swoop his athletic ego is not only salvaged, it is enlarged as never before.

The dark side is that this led athletes to reject their original dream sport in the same way an elite country club prospect whose membership is rejected later fulminates against all that the club stands for. In this way some lifters who came to the sport in similar circumstances come to disdain the more mainstream sports, especially team sports. They came to believe that lifters were made of superior physical and moral stock. I remember one champion lifter referring to the media-touted strength of a certain star basketball player in disgust: “He says he can clean and jerk 400 pounds. I doubt he could lift 250. When he can, then they can talk about him being ‘strong.’” 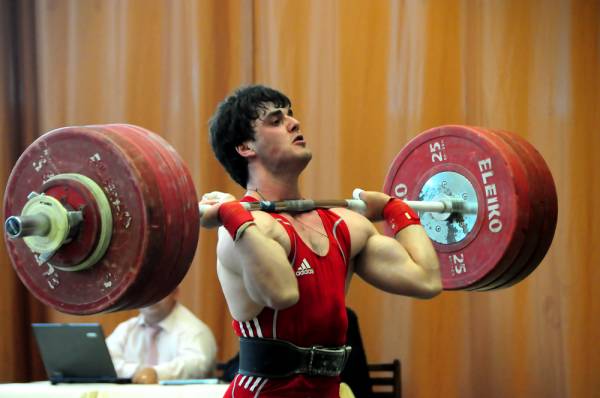 All this ego led to a false sense of superiority among the weightlifting fraternity. This attitude may have had some validity with champions, but even barely post-novice lifters assumed that the champ’s edge rubbed off on them. The result was a fine contempt for the talents of all other athletes. This could border on the ridiculous. Like clockwork, every four years World Cup soccer players would be scoffed at, weightlifters not realizing that these were the best players in the world who had won out in a Darwinian struggle over multi-millions of other soccer players in the world. In those circumstances anyone has to be very, very good, whether anyone likes it or not.

This all led to isolation and often a lot of myopia and sporting Know-Nothingism (history buffs can look that up). To many, weightlifting was a refuge for un-athletic wannabes, to the detriment of everyone on both sides.

Fortunately much of this has changed. Weightlifting has begun a process of integrating into the rest of the sport world. It is not complete but it is moving in the right direction. What has happened?

Over many decades the use of weight training by almost all sport disciplines has gradually, by association, given weightlifting some respect and dignity. Conversely, while the drug situation is still uppermost in many people’s minds regarding weightlifting, we now are not the only culprits. These weeds thrive in other people’s gardens as well, neutralizing the stigma to some extent. The Ben Johnson affair was embarrassing to everyone in Canada, but it did take a lot of pressure off of lifters previously assumed to be the only athletes who abused drugs. 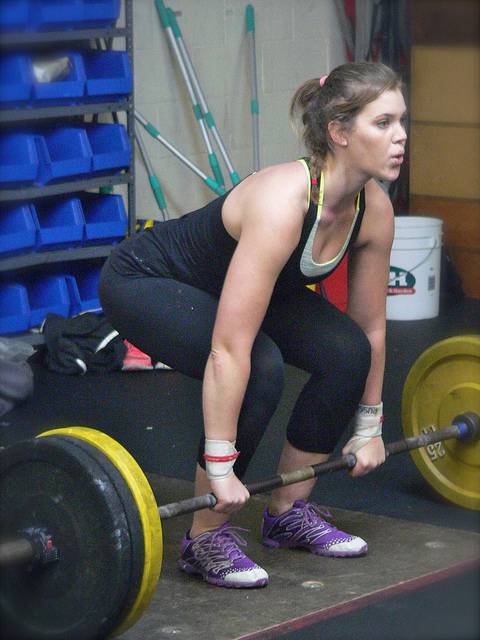 More positively, with the rise in popularity of the Olympic type lifts via CrossFit and the incorporation of the lifts into various sport-training programs many new alliances have been made. This has forced many such persons from other sports to approach the Olympic lifting coaches to learn the finer points of their techniques. This in turn has enabled some weightlifting coaches to charge for their knowledge. This is always a welcome opportunity but it also spreads the word and lowers the heretofore high fences.

The one thing weightlifting has always had in its favor is its Olympic connection. This is what has always given it most of its legitimacy. This has had one fortunate side effect. Due to the popularity of the Olympics nowadays, many national, state, and provincial multi-sport games have made their appearances, giving young athletes (and not-so-young masters) a feel of being in the big show. They all try to mimic the Olympics to the point of including all Olympic sports. This has inevitably led to meetings, networking, and a cross-fertilization of ideas as many different sports must gather to organize these events. A new feeling of inter-sport collegiality is emerging from all this.

Like the real Olympics, medal counts are important at these multi-sport games as well. A weightlifting medal counts just as much as a swimming or track one does. With fifteen weight categories a strong weightlifting team can contribute a high proportion of hardware to a games team. And that will be noticed by the mission staffs whose teams win them.

Eventually a new generation of progressive coaches and sport administrators will bring about better, more integrated relationship with the rest of the sport community. A major caveat must be introduced into this tome of optimism, however. The weightlifting community must now realize that they have potential competitors in the teaching of the lifts. No longer do they have a monopoly on that knowledge. If weightlifting does not accept the new environment they will be in danger of having others gradually take over the instruction of these lifts. Sure the lifts are complex appearing to some, especially ourselves, but they are not beyond the ability (and professional aptitude) of anyone capable of earning a BPE to analyze, understand and then teach the movements.

In closing, competition makes us all better. I cannot wait to see how it improves all sports in the future with regard to the Olympic lifts and their acceptance, knowledge, and diffusion among all sport disciplines.