When preparing for a big competition of any kind individuals tend to “psyche themselves up.” Do you act tough or are you a calm competitor? What’s YOUR game face?

When preparing for a big performance of any kind, whether it’s an athletic contest, an artistic endeavor, or a workplace presentation, individuals tend to “psyche themselves up.” Just watch any Rocky– or Glengarry Glen Ross-type movie and you’ll see the actors staring meaningfully into the mirror, talking to themselves, or otherwise bringing their focus simultaneously inward to a place of groundedness and centeredness and outward toward the task at hand.

One way to describe this mental state is to think of it as putting on your “game face.” And this is an apt description, as observers can frequently see the concentration reflected in a contender’s facial expressions and demeanor.

Different people put on different game faces. As a novice competitor in Brazilian jiu jitsu, I used to think I had to posture, to put on a mean countenance when I was preparing for a competition. I tried to hate my opponent a little bit and to walk around menacingly in order to seem intimidating. I was never very good at that, however; it’s just not in my nature to cop that kind of attitude. I’m a dyed-in-the-wool people pleaser, and I want everyone to like me. (Please?) Also, I always thought I’d feel like a total idiot if I stomped around trying to look tough and then got my ass handed to me within the first couple seconds of a match. There seemed to be something karmic about it.

And particularly now that I am more in the friend zone with at least some of my opponents, that’s not such an attractive option. Further, my non-scientific study of the issue, which is supported by data in the form of my own observations, has suggested that the swaggeringest athletes are not necessarily the biggest threats – not by a long shot.

In fact, in the jiu jitsu world, if there is any correlation between type of game face and performance, it is the calm, cool, collected competitor who wins the day most of the time. In other words, it is the competitor who sits quietly between matches, listening to music, meditating, or even sleeping, and then gets up, does his/her thing, and goes back to sitting who is the one to fear. Those people seem to be able to channel their energy and focus into getting the job done rather than scattering it by bumping chests and pointing fingers. 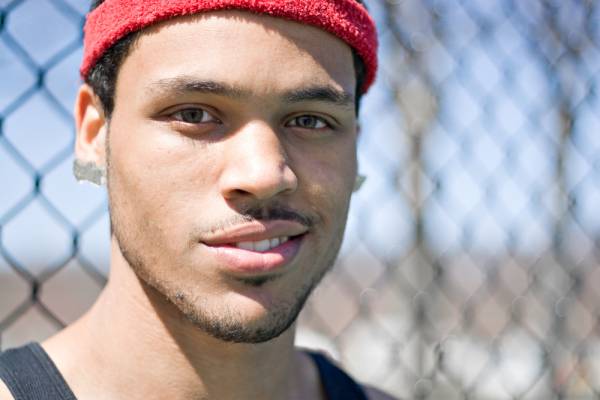 And after many years of forcing myself to compete because I feared it, I have finally come to a place where I truly enjoy competing. It has taken loads of self-talk and strengthening of the “I choose to have fun” muscle. But it has worked. So, now, in jiu jitsu and in life, I have found my ideal game face is not quite impassive like the people who are the best in the world. Rather, it is adorned with a slightly bemused smile, as if to say, “What on earth am I doing – and do I get to do it soon??”

What’s your game face like? How do you feel/act/talk to yourself/interact with others when you are gearing up for something that requires your laser-like focus and best efforts? Post your thoughts to comments.