Everyone has seen the beast in the gym who can’t really move well outside of that environment. Their strength under a barbell is impressive, but it doesn’t translate to the real world or sports performance. Maybe it’s okay to have that strength in the gym if you care more about show than go. But wouldn’t it be better to have both?

When people train in the gym, especially lifting weights (e.g. squats, deadlifts, cleans, rows) they tend to follow the same basic rules, such as “brace your core,” and “keep your spine straight or neutral.” This is the correct way to safely and effectively approach these exercises. However, in the real world you rarely, if ever, keep your spine (and core) neutral when you move.

If you’re an athlete, you don’t brace your core in neutral to run, swing, throw, punch, climb, swim, or cycle. The “brace your core tight” dogma found in the gym doesn’t allow for the dynamic nature of these athletic movements. If you want to move like an athlete and get “farm boy strong” so you can apply your strength to everything, including lifting heavier weights, you need to learn how to coil your core.

The Coiling Core and Athletic Power

Coiling is how your core actually moves and creates power in real life and in athletics. The spine can only rotate powerfully and safely when side-bending (frontal plane) and counter rotation (transverse plane) are combined. Isolate either of these actions without the other, and you have bending or twisting that are weak and overly stressful to the spine.

While all of the muscles in your trunk come into play when you rotate your core, the focus of Coiling Core Training is exclusively on the lats. Focusing on one side of the body and then the other, also known as ipsilateral training (one side at a time), is the key to maximizing rotational power.

The lats are your largest core muscles. They physically bridge and connect the hips and shoulders unlike any other muscles in the body. Each lat has muscle fibers that run horizontally, vertically, and 45°.  They are connected and tied in from multiple origin points throughout your back, including the thoracolumbar fascia. This means the lats aren’t only for pull ups and rows; they are for everything the core does.

The basic formula for Coiling Core Training is to contract one lat at a time to bring your shoulder down and back, and the same side hip up and forward. The better you get at this simple strategy, the stronger you can rotate to perform any athletic movement, including bracing your core in neutral. This is because this approach creates the most biomechanically sound way to rotate the spine. The more intense the contraction, the deeper you are able to recruit the muscle fibers of the lat down into the thoracolumbar fascia. The result is increased force generation, range of motion, and coordination, which allows you to build rotational power and express maximum strength in movement.

How to Train Your Core to Coil

You’ll have to watch the video below to understand exactly how to perform coiling core with resistance exercise, but here are the main points:

The Stance: Stagger your stance so that the front foot is externally rotated 90° in relationship to your rear foot (at 45° if you cannot reach 90°). 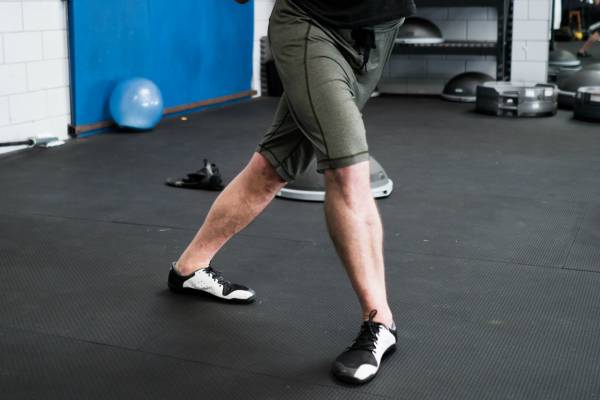 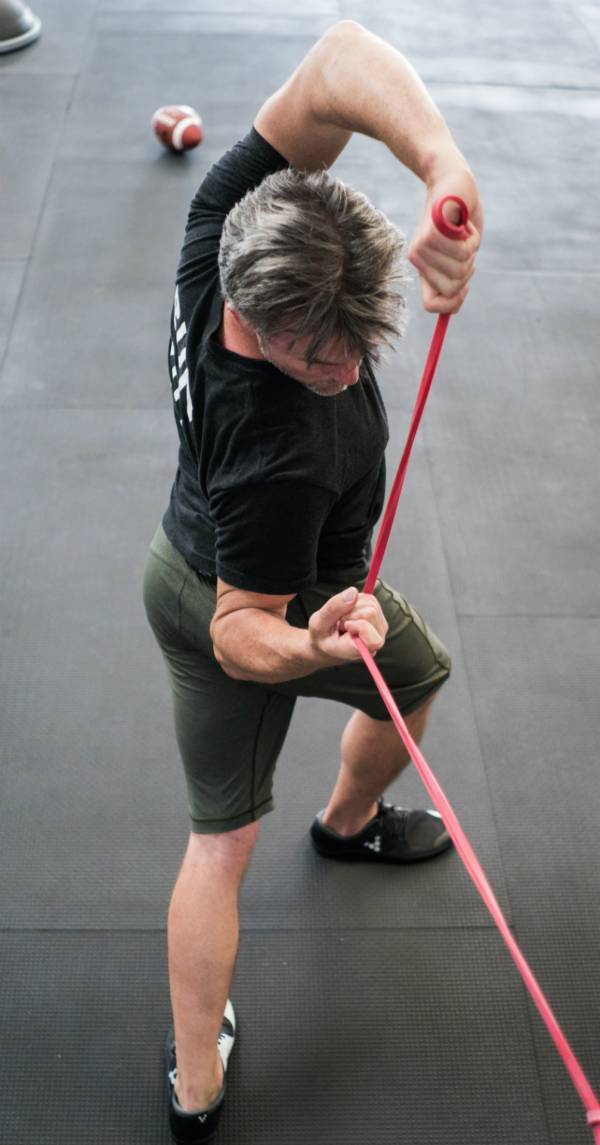 The Squeeze: Drive your rear shoulder down, and pull the elastic band down toward your back pocket and up with your opposite hand.

Check out the video below for a deeper dive into the exercise:

Many strength coaches, including Chris Holder at Cal Poly and Chris White at LSU have implemented the WeckMethod Coiling Core exercise into their programming to improve athletic performance.

Knowledge is power. Stay tuned for more of the information you need to maximize your ability to develop greater degrees of functional strength and utilize it in totality for anything you want to do.

David Weck is the creator of WeckMethod and the CEO and Founder of BOSU Fitness. He is the inventor of the BOSU Balance Trainer, the new WeckMethod BOSU Elite, the RMT Club, and other products. He has worked in fitness for more than 22 years and has helped people of all fitness levels including elite athletes from multiple sports. He is a consummate student of movement who believes physical education is the foundation for a happy and healthier world.