What Weightlifters Should Be Thankful for This Holiday

Bob Hoffman. Google. Bud Charniga. Greg Everett. Jim Schmitz. Mikhail Gorbachev. CrossFit. Barry Bonds. These and more are what weightlifters should offer thanks for this thanksgiving.

As a Canadian I have already had my Thanksgiving turkey back in October. But since I have a weakness for this glorified buzzard’s carcass and also have a Pilgrim ancestor who arrived on the Mayflower I celebrate the U.S. version, as well. By the way, the first Thanksgiving celebrated in North America was not the 1621 one on Cape Cod, but in 1578 in the far Arctic when Martin Frobisher wanted to show his thanks for surviving his trip through the Davis Straight. If you ever go way up there you will know why he was so thankful.

In any case this is a time of year when we should say a prayer of thanks to our God as we see Him for our many blessings. Even we weight lifters have a few things ourselves to consider:

One is the Internet, combined with the fall of Communism. These two events have done much to advance the spread of Olympic lifting. In earlier times there was very little information for the new lifter to learn the lifts. All we had were the Hoffman mags. With these we would study the pictures of various stages of the lifts and then try to duplicate these while lifting that Jackson bar. In retrospect it is amazing we did as well as we did. Back then at least we in English Canada had those. French-only speakers in Quebec did not even have these. Thank Bob Hoffman, then Google.

In Cold War days much research information was put out by the Soviets. Whether it was unavailable or available through academic channels I’m not sure. Even if our people back then did come across it they were not always able to comprehend it, stilted English and all. Now though, we have many able to translate the Russian Yearbooks. Even these valuable tomes are not as necessary as before when we have people now doing their own books on Olympic training. And they’re doing it in plain English. Thank Bud Charniga, Greg Everett, Jim Schmitz, and many others.

As if that was not enough we can be thankful the Iron Curtain has been torn down. In addition to the usual reasons this is celebrated, we now we have many former coaches and athletes from Eastern Europe who have moved to the West to set up shop such as Zigmund Smalcerz, Henrik Gregorian, Dragomir Ciroslan, and others. Thank glasnost and perestroika. 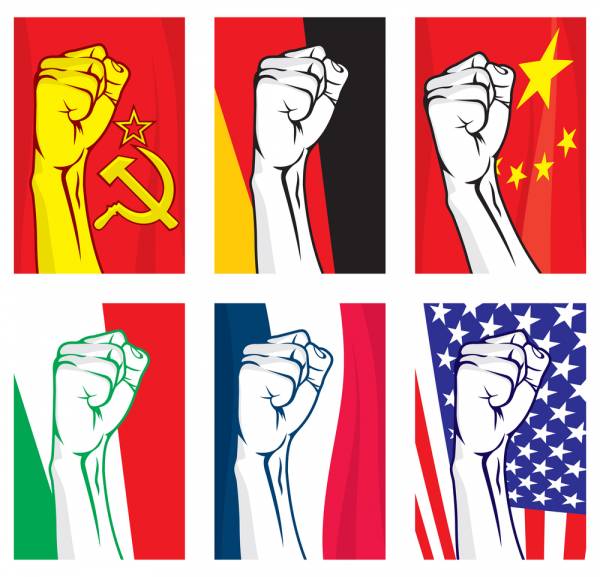 The fall of communism split the USSR into fifteen nations, many of whom are now fielding great teams. Information has spread and standards have gone up. No longer do one or two countries dominate the sport. And most important weightlifting is a key part of their Olympic programs, not a side-show (Canada, US, and UK please follow!). Thank the National Olympic Committees and maybe Mikhail Gorbachev.

Another thing to be thankful for is the rise of CrossFit. While not Simon-pure Olympic lifting, this has done much to increase awareness of our two lifts and their derivatives to a much wider public. This has greatly increased demand for Olympic bars and weightlifting shoes, adding to the marketplace variety and lower prices. When I broke into the sport there was only one Olympic bar in Calgary, Alberta, a bent Jackson with smoothened knurling from years of bench press abuse. Now we have a variety of bars of differing quality available in many local outlets. Olympic bars have replaced the old exercise bars at virtually all gyms. CrossFitters are now showing up at our Olympic events, so it appears evident that we will gain from this cross-fertilization. Thank the imaginative and forward thinking people of CrossFit.

Similarly the Olympic lifts are being used much more than ever before by other sports as training lifts. We can thank this for making our sport more mainstream with the sporting public at least. True this movement owes much to Bill Starr and Tommy Sugg’s pioneering work with football players back in the 1960s and 1970s. But others have taken up their mantle and spread the full-body, fast lift gospel throughout that sport and on to many others. Continuing this work we now have people like Mark Rippetoe publishing fine and accurate information on strength training. Thank Starr, Suggs, Rippetoe and many others.

All of this has had one major effect. That is the general acceptance of all forms of weight lifting – weightlifting, powerlifting, strongman and others. I am old enough to remember when weight training was only slowly gaining acceptance. The more some coaches accepted it, the more rearguard action was taken by others. This occurred at the highest points in academia. Weight rooms were created grudgingly and with awful equipment. The Universal-type gym as everywhere, but I suppose it was at least a start. Today all colleges and universities have excellent gyms (I hope this generalization is true). Thank the research of Dr. Peter Karpovich.

A couple of years ago I had a very pleasant surprise when I attended my high school’s 50th anniversary. During a hard day of trying to recognize old schoolmates with forty more years of life on their faces I wandered down to what was one of our auxiliary gyms. I opened the door to find a huge fitness room, complete with running and other cardio machines – AND three Olympic style platforms with power racks, rubber plates and quality bars. Quite a change from our old 110 pound exercise set. In those years my school was the designated high school for Canada’s Olympians who were usually old enough to go to the nearly University of Calgary. So they needed decent equipment. Thank the new breed of Phys. Ed. teachers. 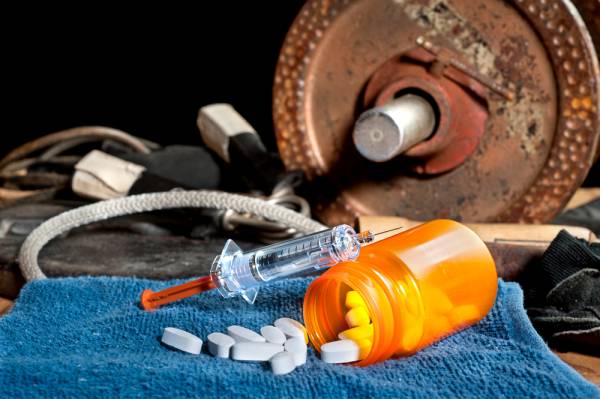 And in a perverse sort of way we can thank some other sports for their doping violations. While we have still got a number of weeds in our garden at least the world knows that the same species thrives in a lot of others as well. The scourge of doping is no longer seen as something that only affects the sport of weightlifting. We no longer serve this scapegoat role. Thank Ben Johnson, Mark McGuire and Barry Bonds.

We can indeed be thankful that society has moved past the old puritanical attitudes of academics that viewed Phys. Ed. as a “frill”, something to be dropped whenever a mean-spirited academic could dream up an excuse to do so. People are demanding fitness facilities where weight training is now mainstream, not something that only a kook did. This will all help weightlifting in the long run. Thank our ongoing fitness awareness programs.

We still have a ways to go in the school systems what with the rise in juvenile diabetes and obesity. But in the larger community we are making headway. Thank common sense.

As for all of us in the iron and fitness community, let’s all be thankful for the health we have and the progress we have made over the years.We are all healthy and finishing out yet another year on this earth. Thank your God for that.

Then let’s all get ready for Christmas when we get a second (or third) run at the bird.