Why You’re Thinking Yourself Out of the Perfect Body

If you fall into one of these five mindsets, you could be sabotaging your efforts.

Most human beings want an ideal body. It’s just natural. Our bodies are a symbol of attraction, and it’s engrained in our DNA to want to be attractive to other members of our species.

However, if you ask people around you if they are truly satisfied with their bodies, their answer will most likely be no. Most people try over and over again to get the body they want, but without much success. Only the lucky few reach a point where having their ideal body is no longer a destination but is a part of their identity. So why do some people make it and some don’t?

The following five mindsets play a big role in why you’re thinking yourself out of the perfect body. Put in the effort to change them, and you can have the body you want for life.

To have the body you’ve always wanted, you need to get out of your own head.

Mindset 1: I’m a Logical Human Being

We all think we are logical human beings. After all, being logical is what separates us from the other species that live on the planet. But the truth is, we’re not always logical.

For example, you know you have several pounds to lose to reach your goal weight. But when you look at the dessert menu, you can’t help yourself but to order one, and maybe even share another with a friend.

Where’s the logic in that? If you were logical, you would think, “I need to lose a few pounds, and desserts probably won’t help. Therefore, I’ll skip dessert.” Right? But we don’t make most decisions based on logic. Most of our decisions are based entirely on feelings and emotions. Once you start to grasp this concept, you will take leaps toward achieving your goals.

Mindset Shift: Acknowledge your tendency to make decisions based on feelings. plan ahead to avoid making bad decisions on the spot.

Mindset 2: A Supplement Will Get the Job Done

However, the notion of “faster” doesn’t translate into other areas of our lives. Everyone is always looking for the new supplement that will transform their bodies without putting in any effort, a.k.a., the “Magic Pill.” The billion-dollar supplement industry is the driving force behind this claim, and while supplements have their place, they are not magical. No magic pill will give you a fitness cover model’s body without any work, so stop looking for it.

Mindset Shift: Let go of the concept of the “magic pill,” and know you will have to put in a lot of hard work and dedication to earn the body you want.

Mindset 3: I Need to Set Goals

Losing weight, gaining muscle, or other transformation-related goals top New Year’s resolution lists each year. But what happens when you achieve your goal? What happens after you get the body you want?

Failing to plan for life after you meet your goal is one of the top reasons why people fall back into their old habits after a period of dedicated diet and exercise. Once you hit your target weight, it’s easy to let loose for a bit. The next thing you know, you’ve put all the weight back on.

The people who maintain their ideal body for a long period of time make changes that become a way of life. The body they want is not just a goal, it’s part of their identity – part of who they are. That’s something that’s very hard to change.

Mindset Shift: Create a daily routine that makes eating right and training a sustainable ritual, not a one-time goal. 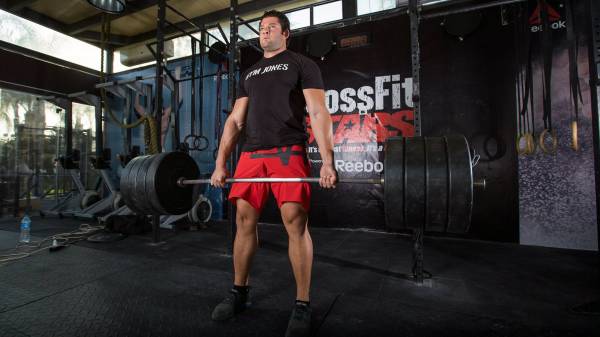 Ditch the excuses and get to work.

You’ve heard the excuses before: I’m going to start exercising in the New Year; I’m going to get on a new diet next month; I’m going to join the gym when I have some time after this project. The list goes on and on. This mindset is one of the hardest to change.

If you want a new body, take action now. Not next week, not tomorrow, and not even tonight. What can you do in this moment that will bring you closer to your goal? Maybe it’s drinking water instead of soda. Maybe it’s joining the closest gym to your house. Or maybe it’s booking an appointment with a nutritionist. Whatever it is, do it now.

Some of my favorite movies growing up were the Rocky series. The movies are full of priceless wisdom. For example, in Rocky III, when Rocky was slacking off and saying that he would start training seriously tomorrow, Apollo Creed responded with, “There is no tomorrow.”

Mindset Shift: Take the advice from Apollo Creed: “There is no tomorrow.” Take a step toward your goal today.

If I had a dime for every person who told me they are doing everything right when it comes to training and nutrition, but they are not reaching their goals, I’d be a very rich man.

Let me ask you a question: What do you do when you get really sick? The logical answer would be to see a doctor. Let me ask you another question: If someone tells you they’ve been sick for a year or more, what would you tell them? The answer again is obvious: go see a doctor. Your body composition is directly related to your health and well-being, so treat your body with respect, and don’t take it lightly.

Mindset Shift: If you know what you should do but are having trouble with follow-through, seek help from someone who is already where you want to be or from a reputable professional.

No Replacement for Hard Work

To create the body you want and keep it for life, you have to evolve into the next version of yourself – sort of like you, but 2.0. Put habits and rituals in place today that support your goals. The body you want is not a destination, but a lifelong journey.

More Motivation to Get the Body You Want: