Gym lore says that the wide grip is the best for the lat pulldown, but what does science say? Researchers put three different grip widths to the test.

When working the lats, it’s common to use a wide grip. There is broscience aplenty to substantiate this practice, but there isn’t as much real science as you might think to back it up. In a study this month in the Journal of Strength and Conditioning Research, varying grips on the pulldown were put to the test.

The idea for using a wider grip does come from a concept more grounded in a reason than just “wider grip, wider lats.” A wider grip has a tendency to support greater motion at the shoulder joint, where a narrower grip gets more of its range of motion at the elbow. As such, the notion that a narrow grip is more for the arms, and a wide grip is more for the lats is prevalent in the gym.

Three different grip widths were used, and all were pronated (palms facing out). The grips were determined by using a factor of the biacromial width. An acromion is a bone in your shoulder that makes up part of the “spine” of your shoulder blade. It’s also what the “A” in “AC joint” stands for – the joint near that bump where your deltoid begins. By using a bone, the researchers could eliminate the differences between muscle size in the shoulder. 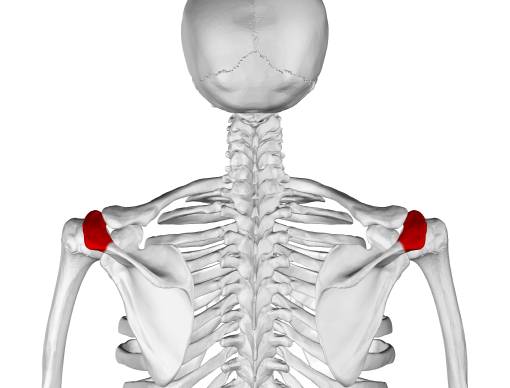 The subjects used a straight bar, so the wide grip wasn’t terribly wide, but enough to get the necessary data. I would have liked to see them also use a supinated grip (palms toward you), or even a neutral grip. The type of grip itself would certainly have had an impact on muscle activation.

The load tested was each participant’s six-rep max. Bear in mind, this was not a single test, but rather each width was tested. The first results of this test were that the narrow and medium grips could be lifted for similar loads, and both of these loads were about four percent greater than the wide grip (about 6.5lbs at six-rep max). Because a relative load was used, this study was different from those that came before.

The major result of the study wasn’t lat activation differences, but rather the biceps. The biceps received the greatest activity not at the narrow grip, but at the medium grip. The biceps had significantly greater activity in the concentric phase over the wide grip as well, with a similar tendency for the eccentric phase.

The lats (and infraspinatus) were activated more in the wide grip than the narrow, but otherwise were more or less similar. As a result, the researchers concluded that the medium width grip is thus the best grip for overall muscle activation. Not only did it work the biceps better than a wide grip and the other muscles in a similar way, but heavier loads could also be used. Some might argue that a bent bar might make the wide grip more effective for the lats, but until definitive proof comes along, it seems your lat work time is best spent performing the heavier middle grip widths.

1. Vidar Andersen, et. al., “Effects of grip width on muscle strength and activation in the lat pull-down,” Journal of Strength and Conditioning Research, 28(4), 2014.