Sometimes we forget that nursing places enormous demands on womens’ bodies. If you decide to breastfeed, your baby’s development depends solely on the milk he or she receives from you. In turn, your own wellbeing depends on how well you care for yourself and compensate for the extraordinary demands nursing places on your body.

One way to look after yourself while nursing is through frequent movement and exercise. Not only do studies indicate exercise is safe for your baby and does not restrict infant growth, as was previously hypothesized, but research also supports the many benefits of exercise for nursing mothers, including the following three:

It’s common knowledge that women are more prone to bone problems like osteoporosis than men. Many people are also aware that bone mass can decrease at a higher rate than usual while a woman is breastfeeding. However, rather than viewing the postpartum nursing period as a period of decline, studies suggest you can see it as an opportunity to literally reshape your bones. An article from the Baylor College of Medicine discussed the results of a fascinating study conducted by Judy M. Hopkinson in 2000:

…in addition to finding complete bone recovery by two years postpartum, Hopkinson also found that mothers who had breastfed for nine months or less had nearly three percent more bone than right after delivery. Mothers who breastfed longer, between 10 and 24 months, were also gaining more bone, but at a slower rate. Hopkinson believes that if the study had been longer, significant bone gains would have been found in this group as well. 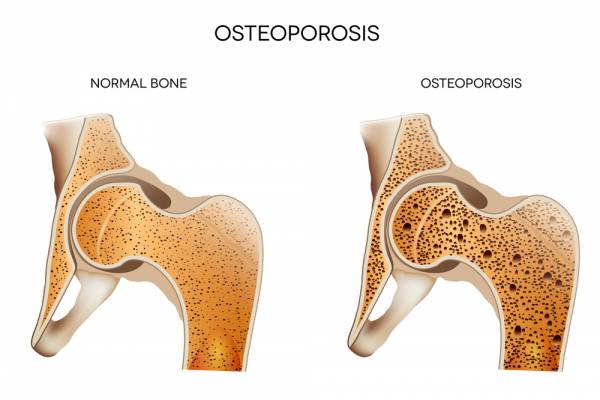 So although bone loss does accelerate during lactation, in the long term it appears that women may have the opportunity to rebuild and create fresh bone. How do we encourage this process? You guessed it: strength training. In a 2009 study, breastfeeding women who lifted weights three days a week and did 45 minutes of weight-bearing aerobic exercise three days a week lost significantly less bone mass than women who did not.

Contrary to popular belief, breastfeeding does not necessarily facilitate postpartum weight loss. In my own experience, I eat a ton when I’m nursing and don’t start to shed a significant amount of weight until my children start eating solids. This is because your body will naturally compensate for the increased calorie expenditure that occurs during lactation.

Likewise, exercise alone may not help shed baby weight. However, research does suggest that a solid combination of diet and exercise will make a pretty big difference when it comes to postpartum weight loss. In a study published by researchers at the Copenhagen Research Hospital, women who combined diet and exercise lost more weight than women who only exercised.

While some studies suggest breastfeeding decreases the risk of postpartum depression, other studies indicate mothers who experience problems while nursing might be at a higher risk. Although I have never experienced postpartum depression, I can say my most difficult time as a new mom, emotionally speaking, was during my own challenges while breastfeeding the first time. Even a short walk around the block made a huge difference in how I felt during those difficulties.

Lower intensity exercise aids the postpartum healing process, mentally and physically. In addition to more rigorous exercise, I highly recommend new mothers make it a priority to get in some lower-intensity exercise or movement at least three days a week, whether that means a restorative yoga class, long hike, or a leisurely swim. (If you’re experiencing difficulties with breastfeeding, add capital letters and exclamation points to that last sentence.) 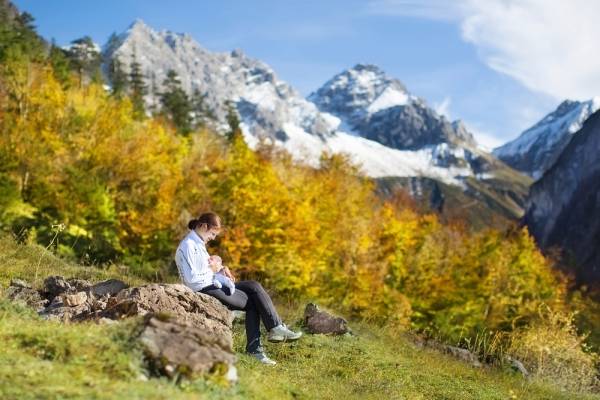 Just like during pregnancy, some women may wonder if exercise is safe for baby and mom in the postpartum period. Fortunately, in the absence of any complications in mother or child, there seems to be no reason to forego exercise while nursing. In fact, a 1994 review found women who exercised for an average of 88 minutes per day experienced some remarkable benefits compared to their sedentary peers:

The researchers also noted a lack of any hormone-related problems in the women who exercised, which is a common concern for women in the postpartum period.

Much like exercising during pregnancy, working out while breastfeeding can be a new experience. Aside from a supportive sports bra and a handy stash of nursing pads for unexpected leaks, here are some considerations for nursing moms who want to stay active:

It appears the old cliche is especially true for lactating women: “If Mama ain’t happy, ain’t nobody happy.” If exercise makes you happy, do it while you’re breastfeeding, because it will also make baby happy in the long run.

Did you breastfeed your baby, and if so, did exercise make a difference?

4. Amorim Adegboye AR and Linne YM; “Diet or Exercise, or both, for weight reduction in women after childbirth.” The Cochrane Library; 2013.

5. A. Sorvillo, et al. “The relationship of vitamin D status of breastfeeding women on changes in bone mineral density during the first year postpartum.” The FASEB Journal; 2013.