My right elbow isn’t happy with me. Every time I bend it or reach for something, it reminds me it’s still upset about the way I’ve been treating it. Apparently, it doesn’t like front squats and presses as much as I do.

That’s one of the downsides of regular exercise. If you train hard and often, you’ve probably got a handful of minor aches and pains. They’re part of the package. The problem occurs when we allow those minor issues to develop into crippling injuries, all the while telling ourselves the same thing – it’s just par for the course.

Stay in tune with what your body is telling you pre- and post-workout.

Pain and injury, while they often go hand in hand, are not the same thing. Just because you’re hurt doesn’t mean you’re injured, and it’s entirely possible you could have an injury that doesn’t cause you constant pain. But while minor aches and pains can frequently be resolved independently, legitimate injuries often require the attention of a medical professional.

In this article, I’m going to give you a simple way to determine if you’re just hurt or if you’re actually injured and what to do in both cases.

Before you can decide on a plan of action, you need to have some idea of what you’re dealing with. The following questions will help you quickly determine whether you can tough it out or if you need some help.

This question usually provides one of the most simple and telling answers. Did your pain start following a specific event? Did you feel a pop or a snap mid movement or did the pain slowly surface over time? Even with overuse injuries, where there is a slow buildup of dysfunction and tissue damage, the actual injury is often the result of some activity that pushed your body past the threshold. Unless there’s an underlying pathology or disease state, most cases where there isn’t something specific that incited the pain probably aren’t a big deal. 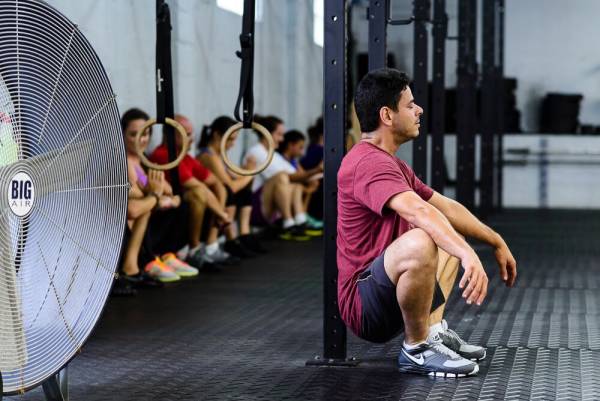 Was your pain sudden or has it been the result of a slow build-up of problems?

Is it Swollen, Inflamed, or Bruised?

Serious injuries usually have overt physical symptoms. They may not occur immediately, but if you pop a ligament or cause significant soft tissue damage, there will probably be some visual cues. If you can’t tell whether or not your joint is swollen or bruised, it probably isn’t. Comparing to your opposite side may help your determination. But for the most part, the stuff that would indict an injury will be right there staring you in the face.

Is There a Loss of Function?

Injury diagnosis is done using a combination of factors and observations, but loss of function is one of the biggest indicators. There may be loss of function independent of any sensation of pain or you may be unable to do something because that task has become intolerably painful. In either case, there’s a good chance you have an actual injury. It’s important to distinguish between task functions that give you some discomfort but can still be performed and motions that are so painful you simply cannot do them. This is one of the biggest differences between being hurt and being injured.

How Badly Does It Hurt?

Score it on a scale of ten and try to be as honest as possible. If your pain is passively above a six or it’s a zero but jumps to a nine or ten with activity, there’s a good chance you have an injury. The type of pain is also important. Sharp, stabbing pain, burning, tingling, or numbness are all symptoms that require medical attention. A prolonged dull ache may be resolvable through your own efforts. 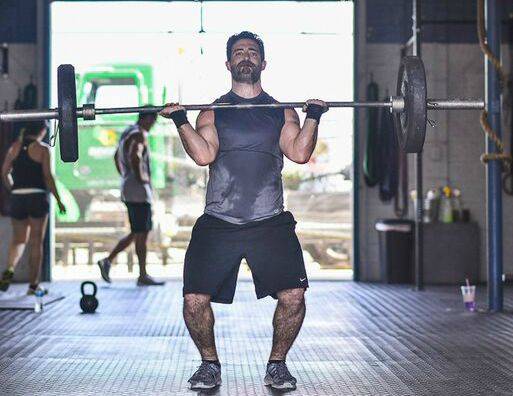 Pay attention to when activity exacerbates your pain.

How Long Has This Been a Problem?

Whenever I get a minor tweak that doesn’t throw any obvious red flags, my next move is often to wait. Silly as it may seem, something that feels terrible immediately after the workout might feel like nothing when you wake up the next day.

If the pain persists past 24 hours, but there’s a significant improvement with each consecutive day, then it’s probably not a big deal. If you have something that feels just as terrible on day three as when it happened, it’s probably worth getting it looked at. On the other hand, if it’s mostly resolved but you’re left with a nagging pain that lasts longer than two weeks, it’s also probably time to make an appointment.

“People talk a lot about overtraining and while it’s a real thing, it’s not a problem most non-professional athletes ever have to face.”

Even minor injuries can cause a lot of problems when left unchecked. And, indeed, minor injuries are usually the ones that go unchecked. Sure, you can survive and keep training with minor pain, but if it’s the same pain in the same movements for weeks at a time, then you’re cultivating a physiological time bomb. Eventually it’s going to go off. It’s easy to repair a minor tear. It’s much more difficult to rehabilitate completely shredded tissues.

Contrary to popular belief poor form alone won’t mess you up all that badly. What hurts is when you combine poor form with excessive load. The solution is simple: reduce the load until you can use proper form. If your technique suffers minor flaws from time to time due to fatigue, it’s not a huge deal, but the more time you spend in bad positions the more likely you are to end up injured. Own your movements and own your technique. You can’t build a castle on a shaky foundation.

People talk a lot about overtraining and while it’s a real thing, it’s not a problem most non-professional athletes ever have to face. Usually when people bring up overtraining, they’re actually talking about poor programming. If you just started CrossFit and haven’t been active for the past couple of years, you don’t need to achieve a bodyweight overhead squat by the end of the month. Real strength takes time and it’s a slow process.

The competitive atmosphere in some gyms can be extremely positive and help us push ourselves. But it’s on us (and the coaches) to make sure we stay realistic and don’t push into problems. If you’re not a competitive athlete, do you really need a three-plate clean and jerk right this second? If you’re healthy you may be able to get there, but you need to respect the process. Take a look at what you’re doing and ask yourself if you can achieve more with a simplified approach. The answer is usually yes. 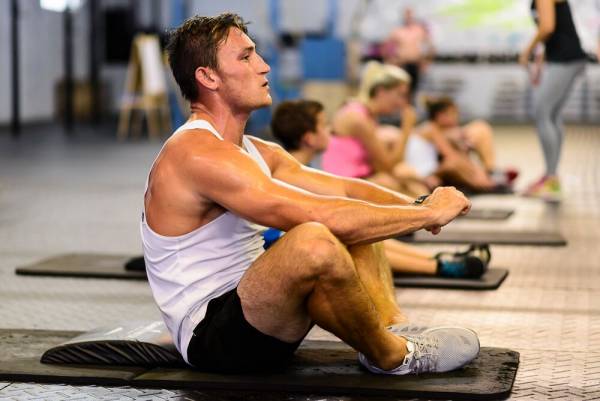 Stick to the basics as a novice and progress slowly to avoid major injury.

Don’t Be in Denial

If you have a minor ache, then you need to address it or at the very least be sure it’s just that. The number of injuries I’ve seen because people simply refused to acknowledge their pain is staggering. Pain doesn’t always mean you need to drop everything, but it is our body’s way of telling us something abnormal is going on. If you ignore your pain, you do so at your own risk.

Step 3: What to Do if You’re Injured

This is easy. Find medical professionals you trust and use them. The more you see your healthcare providers, the better care they can provide. If you don’t like your providers, find new ones. This isn’t always easy, but it’s worth the extra effort.

Injuries suck, but for most of us they’re just part of being active. With a little effort and self-awareness you can learn how to separate a speed bump from a car crash and keep comfortably cruising toward your goals.