Great athletes are not born great. They are molded into legends through hard work, experience, and setbacks. Some of the greatest athletes of all time, the rule changers, have qualities that extend beyond talent, genetics, training, nutrition, recovery, and work ethic.

Their success came from something much deeper: mindset. Any athlete who wishes to climb to the top must find inspiration from the greats and adopt these four powerful mindsets.

Legendary athletes knew they were going to be great before anyone else did. They saw it, felt it, and obsessed over it until they finally reached it. They refused to be put down or told they were not good enough.

Before Stan Smith became one of the biggest names in professional tennis, he was rejected from being a ball boy for a Davis Cup tennis match because event organizers felt he was too clumsy. But Smith refused to give in to the naysayers and proved them all wrong, winning Wimbledon, the U.S. Open, and eight Davis Cups on his path to becoming the #1 tennis player in the world.

We live in an era where mediocrity is the norm and doing the absolute bare minimum is acceptable. We are consistently judged and expected to adhere to standards that are average at best. No one else expects us to be great; we must expect greatness ourselves. 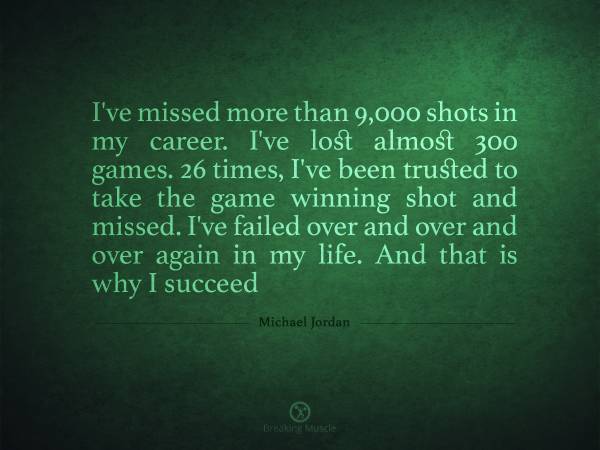 I’ve never known anyone who wasn’t of afraid of failure. Tony Robbins once said that fear is “false evidence appearing real.” Take a look at all of the things you’ve feared in the past. Chances are, most of those fears have never come true.

Babe Ruth, perhaps the most famous slugger of all time in baseball, set a record for career home runs (714) that stood unbroken for almost forty years. But he struck out almost twice as often as he knocked one out of the park (1,330 times, in total). In fact, for decades he held the record for most strikeouts. When asked about this, he simply said, “Every strike brings me closer to the next home run.”

Failure is not a reason to quit, it’s just feedback. Great athletes look at failure as an opportunity to learn, evolve, and improve. 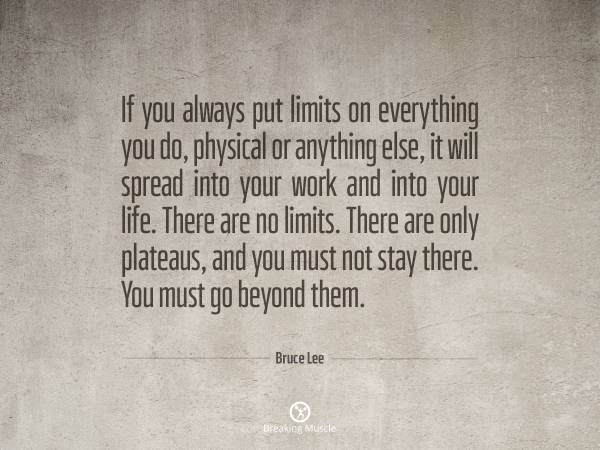 In 1954, the world record time for running the mile was 4:01. It had been stuck there for more than a decade, and many people thought this record was unbreakable. Medical journals reported that it was physiologically impossible for the body to run any faster.

On May 6, 1954, Roger Bannister did the impossible: He ran the mile in 3:59.4. Barely a year after Bannister’s world-record accomplishment, someone else ran a mile in under 4 minutes.

When something has never been done before, it doesn’t mean that it will never happen. Great athletes are fueled by the chance to reach seemingly insurmountable goals. When people say that something is physically impossible, a great athlete sets out to prove them wrong.

4. Be The Hardest Working Person You Know 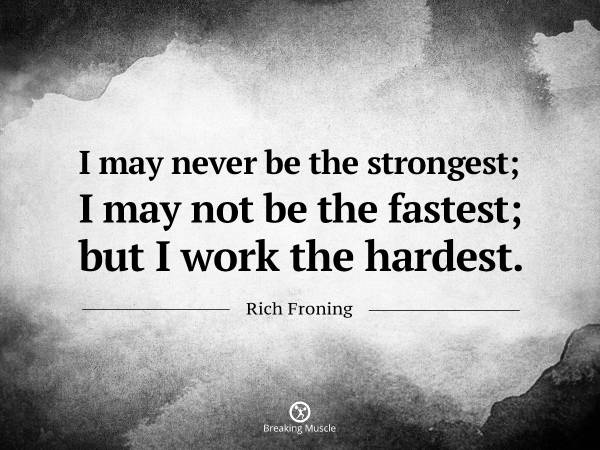 Working hard is relative and can often be a point of debate, except when it comes to the best in the world. The best athletes work and train harder than anyone else. Some might even call them obsessed, but you have to be obsessed to accomplish great things.

Kobe Bryant is said to have once showed up for a high school basketball practice at 5am, not leaving the court until 7pm. To win the CrossFit Games four years in a row, Rich Froning put in training hours that surpassed all of his competition. When Muhammad Ali was asked how many sit ups he did, he said, “I don’t count my sit-ups. I start counting when it hurts and I feel pain, because those are what really count and make you a champion.”

Obsessing about the amount of work you do is a prerequisite for being great. Training smart and taking care of yourself is paramount, but if you want succeed, set the bar high and work hard.

Turn These Mindsets Into Action

These four mindsets can lay the foundation to achieving your greatness. But turning them into actions that will help you realize your potential requires two concrete steps:

Achieving excellence comes at a steep price, but you won’t get there at all without the right mindset. If we take our cues from the best of the best, we see their greatness goes beyond physical capacity or mental toughness. If you want to reach the highest level, you will have to expect it of yourself and accept nothing less. Know that you’re going to have to work hard. All of the time. Now get to it.

In 2010, Ramy Saleh founded CrossFit Stars, the first Egyptian CrossFit affiliate ever to open its doors to the public. Ramy has been labeled as “The Godfather of Egyptian CrossFit” by the CrossFit Journal as he introduced CrossFit to the country and has since coached several of the Egypt's best CrossFit athletes and coaches.

Ramy has acquired numerous strength and conditioning certifications, but he is most proud of being a fully certified Gym Jones Instructor. Ramy credits most of his success as a coach to his mentors and learnings at Gym Jones.