Paleo cautions against eating beans, but to me, the concept of omitting beans from your diet, with the exception of those with digestive problems or diseases, doesn’t make much sense.

A lot of paleo diet advocates caution against eating various foods for good reason, processed foods and dairy being amongst these foods. But to me, the concept of omitting beans from your diet, with the exception of those with digestive problems or diseases, doesn’t make much sense. Those who caution against eating beans cite the presence of phytates and lectins as some of the main reasons why they shouldn’t be eaten. But as you’ll see below, the hysteria over these so-called “anti-nutrients” in beans is overblown. Quite simply, beans are some of the most nutrient-dense, energy-boosting, and disease-fighting foods you can include in your diet.

Reason #1: Most Phytates Are Actually Beneficial

The craziness over phytates originates from a study done on puppies and published in 1949. The study suggested that high-phytate diets prevent the absorption of calcium and other minerals, and therefore have a bone-softening effect.1 However, newer studies on humans strongly suggest that those who consume the highest amount of phytates actually have the strongest bone density.2

Reason #2: Lectins Are Neutralized by Cooking

When it comes to lectins, there shouldn’t be any cause for concern either. There are many kinds of lectins, most of which are not toxic, and those that are toxic are neutralized to tolerable levels when beans are cooked. In particular, the lectin that receives the most attention, phytohemagglutinin, is reduced to safe levels after cooking. Saying that beans shouldn’t be consumed because they contain lectins is the same as saying chicken shouldn’t be consumed because it gives you salmonella poisoning. Doesn’t that sound silly? Moreover, just like phytates, lectins (particularly those in soybeans) seem to be incredibly beneficial for combatting cancer cells, fungi, bacteria, and viruses and are prevalent in many other plant foods such as tomatoes, corn, nuts, seeds, and some fruit.3

Beans contain the highest amount of resistant starch of any food. Resistant starch, although technically a carbohydrate, acts more like fiber because it’s resistant to digestion and doesn’t break down into sugar. It’s also a prebiotic, meaning that it feeds and promotes growth of probiotics – the healthy bacteria that you need in your gut. 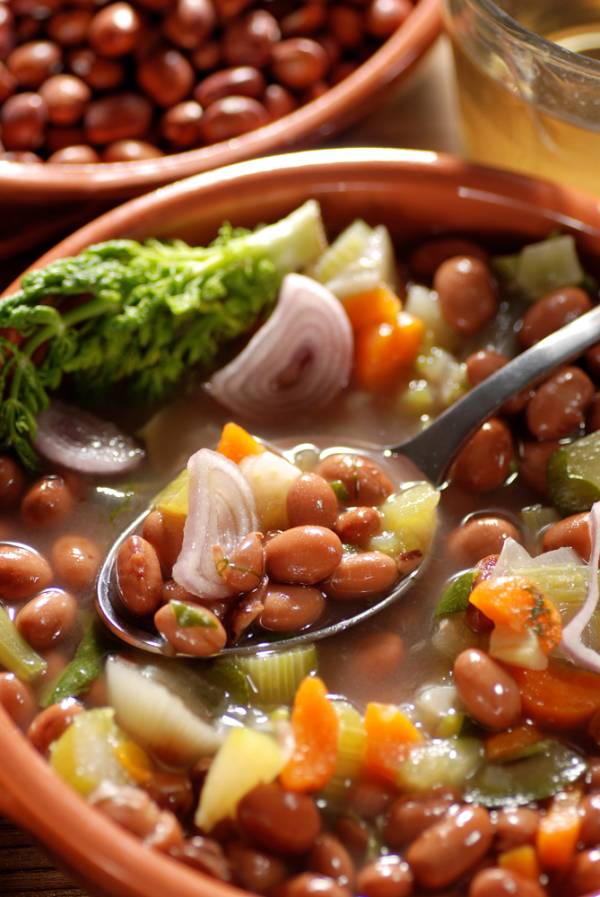 Furthermore, when the resistant starch is broken down by the probiotics, it creates compounds that enhance immune function and help to protect against colon cancer.4,5 Eating beans or other legumes at least twice a week has been shown to reduce colon cancer risk by 50%.6 Black beans contain the most resistant starch of any bean with 26.9% resistant starch (and 42.6% fiber) per 100 grams dry, and most legumes are over 20% resistant starch. So, if you’re watching your carbohydrate intake (for whatever reason), be aware that a significant portion of the carbohydrates in beans is not digestible.

Beans are some of the most powerful anti-diabetes and weight-loss foods on the planet because they are digested slowly, which helps stabilize blood sugar and lengthens satiety. Because of their high amounts of soluble fiber, beans also have a tremendous cholesterol-lowering ability.7

Reason #5: Beans Are Healthy for Your Budget

Beans are the most budget-friendly, high-quality protein source on the planet. If you’re at all concerned about the well being of others, cautioning people against eating beans is downright absurd. Even if you believe that animal products are a superior source of protein, not everyone can afford to buy pasture-raised, grass-fed meat, and people without the means to buy those types of meats would be far better served buying beans than farm-raised animals.

While we all need protein in our diet, it’s important to look at the “packaging” that the protein comes in. Beans come with phytonutrients, fiber, and resistant starch, while farm-raised animal products come with saturated fat, hormones, antibiotics, and byproducts of the GMO foods the animals have been eating. It’s really no contest – when it comes to affordable protein sources, beans win hands down. 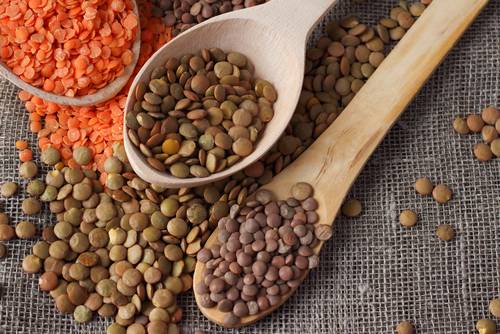 To be fair, beans and legumes aren’t for everyone. Beans do contain a relatively high amount of a fermentable carbohydrate, called FODMAPs, which can be difficult to process for those with digestive issues such as IBS. But people without digestive problems need not worry about these carbohydrates.

All in all, beans and legumes are some of the densest sources of fuel on the planet and will help fuel your workouts while protecting you from chronic disease. If you have a healthy digestive tract, you’d be well served by including them in your diet. The healthiest ways to consume them are to buy them dry, soak them for 24 hours, and cook them in a pressure cooker, or buy them in a “no salt added” variety in BPA-free cans or cartons.