If we want a guidepost for the often turbulent world of sports, we can go to some of the greatest coaches of modern society. Here are five of their lessons.

In 2015 the world of sport was shaken by many societal challenges. The ongoing tragedy of exploitation and deaths of workers in construction of stadiums in Qatar, plus the corruption scandal enveloping FIFA are disgusting flaws on both ends of the social spectrum. The cover-ups in the IAAF drugs scandal also represent blatant dishonesty.

But there have also been some exceptions, and they provide us with social guides as to how to elevate our species. For example, when Phil Walsh was tragically killed by his son, the entire AFL community was galvanizing in its actions, by people of all levels of involvement in sport. It was a case of people involved in sport realizing being a better person was more important than anything else, and it started with the coaches and their charges.

Another instance: On the night of England Netball’s opening win in the recent World Cup, England’s coach, Tracey Neville, rushed to the bedside of her suddenly ill father, who died that evening. Neville Neville was also the father of Manchester United legend, Gary and Phillip Neville. England goalkeeper Sonia Mkoloma summed up the rousing power of the situation when she said “We’re all about the team. So we’re sticking together and working hard.”

But despite these exceptions, some of the great turbulent events in world sport have yet to be resolved. So, where do we go to draw guidance? Simple. We go to some of the greatest coaches of modern society. Here are five of their most potent messages.

When athletes are included in the decision-making process regarding team issues, such as tactical options and alternative training drills, they are given meaningful choices. When they understand the logic behind key coaching decisions, such as team game plans and team selection, they are able to grasp the rationale for tasks and learn about limits and rules.

Better coaches understand, experience, and get involved in the building of this rational learning with their athletes. The change that comes with improving athletes starts with managing the outlook of athletes and people around sport.

Soccer managers Sir Alex Ferguson, Arsene Wenger, and Jose Mourinho all played an extra five minutes each game – the five minutes immediately after the game, when everyone was watching to see the managers’ outlook on the results of the game. Sir Alex Ferguson noted, “This is part of the tapestry of Manchester United: the recovery. I always kept in mind that it was not all victories and open-top parades.”

Success in managing people’s outlook in the face of pressure helps those involved with sport, and society in general, deal with change. When an athlete or team suffers setbacks, a good coach has the immediate opportunity to change the perception about what that setback means. Creative genius Edward de Bono has found in his own studies that ninety percent of errors in thinking are due to the perception we hold. “If you can change your perception, you can change your emotion, and this can lead to new ideas,” de Bono has been quoted as saying.

“Success is not a goal, it’s a byproduct,” said Coach Eric Taylor. Sport gives us the opportunity to do simple things savagely well, for the benefit of achievement through process. “If you do the simple things savagely well, you may not be able to extend your life, but you can certainly expand your life,” said Mark Verstegen. The expansion of life starts with the support of a coach, with the words he uses with his athletes. Ferguson said, “Manchester United never gets beaten. We may occasionally run out of time, but we never believe we can be beaten.”

“Sport gives us the opportunity to do simple things savagely well, for the benefit of achievement through process.”

There are no more important people to share this message with than children involved in sports. Child development occurs faster when confidence is raised, which is why we need coaches around to restore confidence when losses occur. “Every man, at some point in his life, is going to lose a battle. He is going to fight and he is going to lose. But what makes him a man is that, in the midst of that battle, he does not lose himself,” said Coach Taylor.

3. Coaches Bring Athletes Together for a Good Cause

A good cause teaches us that the ego needs to be kept in check. In team sports, we have the opportunity to set competition goals that are bigger than the individual, minimizing ego-involvement and directing energy towards others less fortunate than ourselves.

Whatever the good cause might be, it needs clear direction towards a destination. It needs a positive theme and galvanizing effort to achieve greatness with ripples beyond the singular effort. A good cause is a place to start to build connections, and connections start with individual output. As Coach Taylor said once:

The ability to coordinate competition goals bigger than the individual with those that are specific to the individual can only be done by a great coach. A coach who helps an athlete set competition and training goals that are related and referenced to the athlete is a better coach.

Athletes can also learn to avoid intra-team rivalries and social comparisons, which further minimizes ego-involvement. The coach-led development of individuals through self-referenced goals and self-set training empowers individuals to use sport for the greater good. The CrossFit community is particularly strong in this element.

Nobody sums this up better than Mark Verstegen:

Your best isn’t good enough. That sounds harsh, and indeed it is. But having worked with the best of the best over the last two decades, I’ve learned what it takes to be the best. Anyone can hit excellence for a day, even a week or a month. That’s easy. But a high performer is one who does it consistently for years over the course of a career. You can be talented, work hard, and do all the right things, and it might not be enough. Not anymore. These days, performance is about results. It’s not just showing up every day, working hard, and doing the right things. That’s great. That’s expected. Performance is about showing up every day and hitting the bull’s eye regardless of the situation.

A coach is the perfect person to remind people in sport that, as W. Clement Stone once said, “Every negative event (that’s just made up, we decide it’s negative) has within it the seed of an equal or greater benefit.” 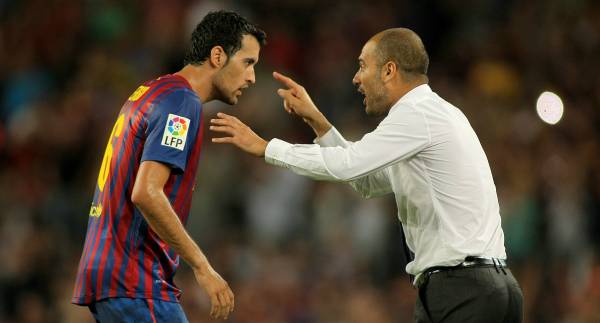 When you continue to do the same thing you have always done, you will mostly get the same result. The nature of achievement means reflection on results and adjustment. Sport is a great practical learning environment to get better. And when the downs of sport have the potential to upset the momentum towards being better, there’s always Coach Eric Taylor:

Listen to me, I said you need to strive to be better. I didn’t say you needed to be better than everyone else. But you gotta try. That’s what character is. It’s in the trying.

When a loss happens, the focus is often on continuing the evolution towards strengths, and that’s important. The weakness, however, are where the great coaches shine – they find those weaknesses and shore them up. Gray Cook calls it “managing your minimums.”

After losing the League title to Blackburn Rovers and FA Cup to Everton in 1995, Alex Ferguson said:

That’s in the past and I’m more interested in tomorrow. We’ve got to look forward now. There are big opportunities at this club and we have a lot of challenges ahead of us. You never go through a season where everything is rosy. When you get the bad moments you have to recover from it. The ability to do that is a tremendous credit to every player we’ve had here.

With all the sociology around sport, it’s often the minimalist messages from a coach to an athlete that are the best reminders of what’s important:

And therein lies the big opportunity for sports coaches to make a difference. There’s something in that for all of us.