Here’s a good story about someone obsessed with strength training. If you’re creative, you can train hard using items around your home.

Here’s a good story about someone obsessed with strength training who had no access to barbells, dumbbells, or conventional machines. This story is about me, and it goes back to the late 1980s.

I was visiting family in Kentucky. I was motivated to train, but could not get to a local gym. I had to improvise. Yes, I could have just performed a bodyweight-only workout, but I wanted more resistance. Seeking more, I headed to the garage. 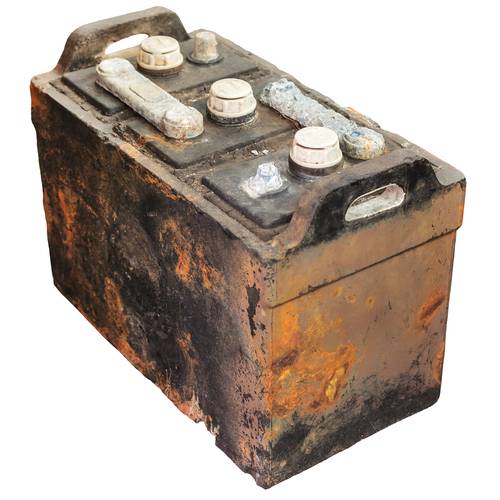 If you have a garage you probably have some heavy devices or equipment within. In my case, the first item I stumbled upon was a car battery. The battery had a nylon cord attached across the top. This allowed me to perform upright rows and bicep curls. The resistance the battery offered was not significant, but it was enough. I concentrated on working both exercises through a complete range of motion. I pushed myself as hard as I could and squeezed out as many repetitions as I could. My objective was to involve as much muscle as possible, taking each exercise to the point of maximum fatigue.

Cinder block overhead presses. Yep, I latched on to two cinder blocks and performed overhead presses, again with the goal of working through the greatest range of motion and completely exhausting my pressing muscles. In this case, minimal equipment was required but the end result was adequate muscle overload.

Then, I moved on to a pulling exercise.

In the unfinished garage, the 2 x 4 trusses above the entry door were exposed and I was able to obtain a grip on them. A perfect situation for performing wide grip pull ups (provided you do not possess an ultra-heavy body weight). With the ability to grasp the trusses, I performed wide grip pull ups for maximum repetitions. This not only taxed my lats, but also my hand-gripping muscles due to the requirement to hold on.

Then, I was back to a push.

I placed two chairs side by side. I placed my feet up on a bench in front of the chairs and performed bench dips, lowering myself between the chairs and extending my arms fully to assure a full range of motion. Again, the objective was to perform as many repetitions as possible to the point of muscular fatigue. 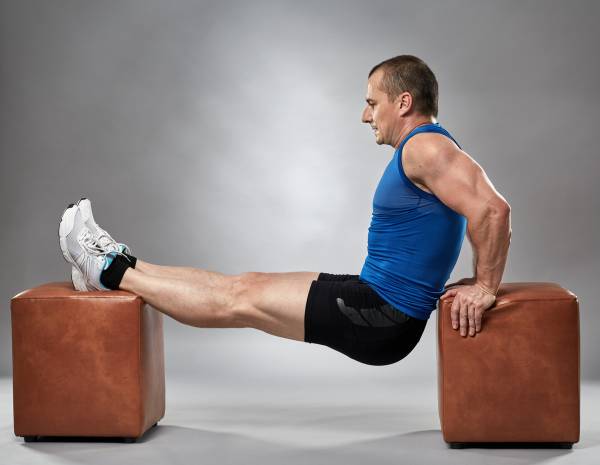 It was now time for the legs. I’ll admit this was the weirdest part of the workout, but it was effective.

There was a conventional three-person Jon boat sitting on a trailer outside the garage. It had rained the night before and the boat was filled with numerous gallons of water. This provided even more resistance than the boat and trailer alone. I found a strap-like device with clips on each end. The strap was long enough to go around my waist with about two feet to spare. After securing one end of the strap to my waist, I squatted low and latched on to the front end of the boat trailer to assure a full range of motion. 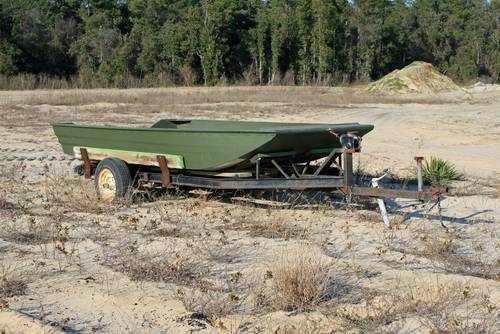 From this position I began “boat squatting,” raising and lowering the boat. The trailer, boat, and rainwater offered the resistance, but it was a variable resistance due to the rainwater shifting from front to back. With water in the front of the boat, it was more difficult. When it gravitated to the back, it was less difficult.

The bottom line on this weird event was I attempted to recruit and overload the most amount of muscle possible by using the boat, trailer, and water resistance. Using a coordinated and repeated sequence of squatting deep when the water shifted to the front of the boat and rising to move the water to the rear of the boat, the movement allowed me to maximally target my lower body musculature. Can you imagine the neighbors across the street witnessing a grown man performing this activity? They must have thought I was insane.

The Bags of Supplies

My final exercise was a glute and hamstring exercise. Back in the garage I found a fifty-pound bag of concrete mix. I lay supine on the floor with my legs flexed and placed the bag over my hips. From this position I performed hip extensions (upward hip thrusts) for maximum repetitions to fatigue. Following thirty-second rest, I performed a second set to muscular fatigue. 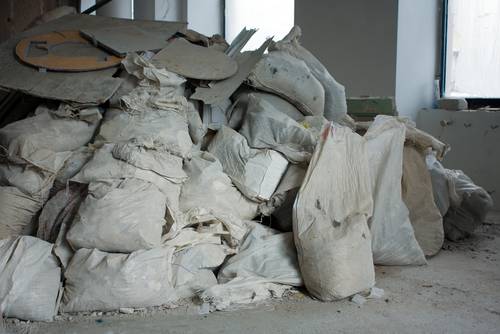 The aforementioned training session was performed with non-conventional equipment, but I got it done. If you’re creative, you can train hard using items around your home, such as these:

Whatever you do, be safe and work hard.