It’s over. The end is near. If I were in the weight machine making business, I’d start looking for a new line of work.

It’s over. The end is near. If I were in the weight machine making business, I’d start looking for a new line of work. Sure, your local gym still has plenty of machines and for the time being will most likely continue to have them, but you have to wonder for how long.

Maybe machines disappearing completely is a bit of an overstatement. The weight machine isn’t likely to go away completely anytime soon, but its popularity most certainly isn’t what it was in its heyday. While Universal machines and Jazzercise were the rave in the 1980s, these days, it’s back to basics with bodyweight exercises and old-school movements and lifts. Machines aren’t perhaps dead, but you could certainly contend that they are dying. It’s like books and CDs – they haven’t completely disappeared either, but when’s the last time you shopped at a Tower Records or bought an actual CD?

My cousin Tim, a PGA golf teaching professional and TPI fitness certified trainer, recently forwarded me an article on exercise machines published by Fox News. The article suggests that five primary exercise machines – among them leg press, chest press, and ab/adductor machines – are “bad” for you and should never be used. This piece had some interesting points, although I think never is a big statement. I also think that to say these machines are not good for someone is also an oversimplification and not quite factual. That said, this article got me thinking on the validity of weight machines in general.

Truthfully, weight machines aren’t going anywhere and neither are books or CDs, but certainly a shift has happened in fitness – the shift towards functional fitness. That shift is here to stay. Nowadays, fitness operates on the premise that less is more. Walk into a new gym or fitness studio and you are likely to see a whole lot of nuthin’. You’re less likely to see machines and more likely to see a big open room with little to nothing in it but toys stuffed off into the corner – ropes, kettlebells, bands and straps, and what have you.

Not long after getting my start in the fitness business thirteen years ago, one of my coworkers in Seattle, a master level trainer, left an established club to open up his own private studio. I remember being struck by his new space. There was nothing in it – just a couple of Bosu and Thera balls, a set of adjustable dumbbells, and an Olympic rack. My colleague was early to the party in 2005, but in 2013 that is the new fitness studio. Of course, that hasn’t always been the case. 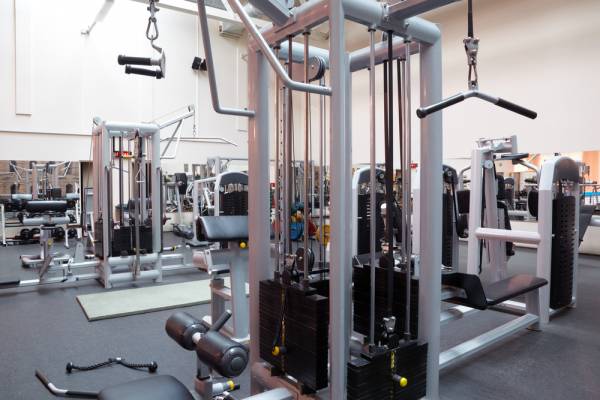 For years, fitness and working out at a gym was pretty much about two things – free weights and machines. Harold Zinkin, a former competitive bodybuilder and Mr. America runner-up, developed the “weight machine” in the middle part of the last century as the owner and operator of gyms in the Southern California area. Zinkin wanted to give weight lifting more mass appeal by making it safer and easier to novice exercisers. Under the Universal brand, Zinkin’s machines began mass production in 1963 and the rest is history.

For the past fifty years, the layout and design of health clubs and gyms has been straightforward – cardio machines, weight machines, and free weights. Now, that model is changing. You’re just as likely to see a big empty room. Welcome to functional fitness.

The demise of the weight machine isn’t driven by technology in the way technology put record stores out of business, though. Rather the shift towards functionality has been a gradual change through training knowledge and shifts in the social construct of how we exercise. Though the functional fitness trend is a fairly new trend, none of the modalities are new at all. In fact, it’s quite the opposite. The return to functional fitness is as old school as it gets.

It’s a highly ironic trend given how technology dominant our society seems to be, but in your local gym and fitness studio, not so much. Perhaps the return to functional fitness is even an argument against technology. Machines can’t get the job done for you. Only you can get the job done for you. In this case, the job is things like running, doing push-ups, pull-ups, or climbing ropes, and lifting awkward things the way we do in real life. Same as it’s always been – hard work equals results. A fancy controlled environment like a elaborate weight machine might sound appealing and even give a person shapely and toned muscles, but nothing quite delivers like the old school. 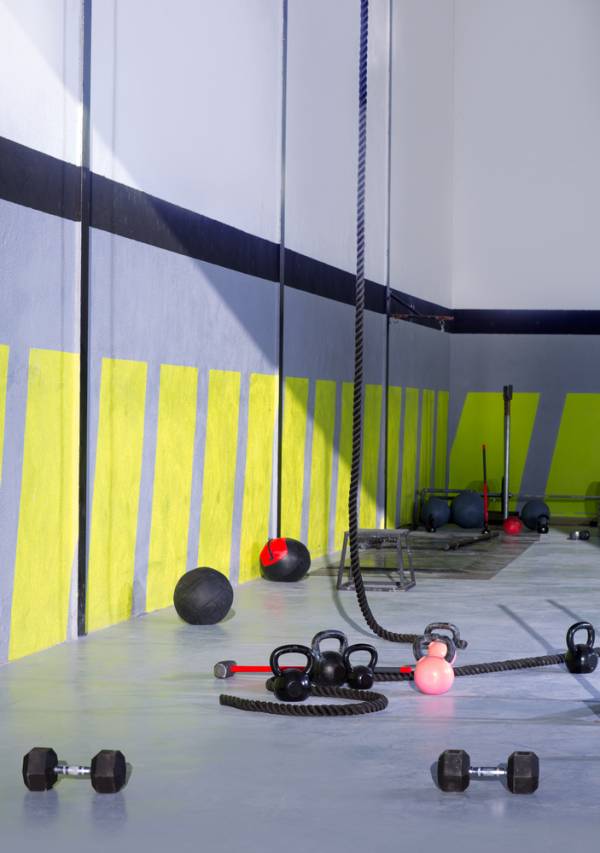 When I was a kid, I remember watching with utter awe one of the most dominant football players to ever play college football – Herschel Walker. Way back in 1982, Sports Illustrated ran a piece on Walker’s training regimen. Much to the shock and dismay of almost everyone, Walker did not lift weights or use any fancy machines. Walker was a world-class sprinter, the top running back in all of college football, and had the body of an Adonis, and how did he get there? Functional fitness – sprints, pushups, and pull ups. Go figure.

In my humble opinion, machines are nearly dead, save more functional ones like cable-based ones. What is the point to limiting range of motion and isolating one specific group of musculature? The only point is safety and appealing to those with limited experience or ability such as novice exercisers or seniors. But novice exercisers are capable of learning to do something more efficient and so are seniors. Ultimately, there isn’t much point to the weight machine, and while I disagree with the contention that they are bad for you or inherently dangerous, I wholeheartedly agree that there is a much better way to get fit than with machines.