At the club where I work, they are expanding and building an extension. The thing that is unique is that this extension isn’t necessarily for the members. It’s a separate entity. The club itself is a high-end gym and spa with state-of-the-art equipment and gorgeous exercise studios. The membership is thriving, and yet the club decided that something more and also separate was necessary. Why?

I asked this question to one of my coworkers who’s also helping to facilitate this expansion. His answer was that what prompted the change was “community-based fitness.” We had a pretty interesting impromptu conversation, and he said, “Think about it, you have national pride, state pride, city pride, and so forth. And it just keeps going right down to the gym you go to and the class you take. People identify with other people from the same places.” We discussed many of the trends that have been and continue to pop up nationally – and the common thread among them is community.

What makes CrossFit and yoga such lasting entities is far beyond the reps and the poses – it’s about people coming together. Community-based fitness is also rooted in and around doing something versus a means to an end – that is people approaching fitness to do something with their body versus people approaching fitness to get their body to look a certain way. Not that there’s anything wrong with wanting a nice body. However a community is built by the teamwork of doing something, whereas wanting a better body is self-serving.

Several years back I read the book Bowling Alone by Robert Putnam. In the book Putnam noted the vast decline of what he called “social capital,” or community involvement in our culture, and the myriad of reasons for this decline – technological advancements and changes, how we work, and the role of women in society. Back in the day, our grandparents met friends and spouses at places like church, the Elks, and the bowling alley. Back then, people got together more in various social contexts and organic connection seemed easier to come by, from what I gather. These days we tend to “connect” via social media, email, and texting. 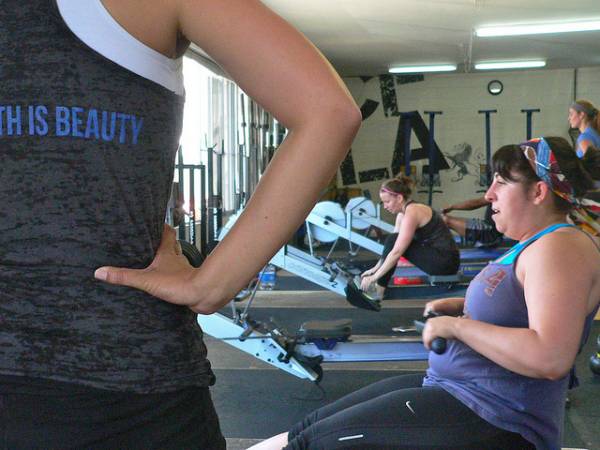 Social capital and community involvement wasn’t and isn’t just about connection and making friends, it’s about building better communities and is certainly a fundamental element of a healthy democracy. Profound social change from civil rights to women’s rights started by grass roots movements and social and community involvment. Change occurs by people coming together in unified thought and action.

In his book, Putnam contends that all hope is not lost for social capital despite our isolating technologies. I tend to agree, and I do so because I have seen it on the front lines of America’s perhaps most challenging and troubling epidemic – our nation’s health. While the statistics continue to show increasing waistlines and unhealthier teenagers, the trends in fitness are in and around building community. This should give us hope and optimism. This is where we need to start if we are to win the battle of the bulge and beyond.

Social change begins and ends with changing peoples’ thinking. It wasn’t a pill or a program that got smoking to go from being the norm to the exception. It was collective and societal thinking and our attitudes in and around smoking. Cool, sexy and relaxing were replaced with repulsive, disgusting, and dangerous in the minds of most Americans. These changes started with social groups and settings. If it is accepted and rejected by groups, then it is accepted and rejected by individuals. Of course these changes start small and at some point become the norms, at what Malcolm Gladwell calls a tipping point.

One can only hope that we are on the cusp of such a tipping point in the fitness, health, and wellness of our society at large. Indeed the popularity of fitness trends (versus fads) are based in a strong sense of community. I made a choice to live in Colorado in part because it’s a mecca for community-based fitness. It’s high time all we get back to building community and give kudos to those trendsetters like yoga, CrossFit, and MMA gyms for leading the charge. 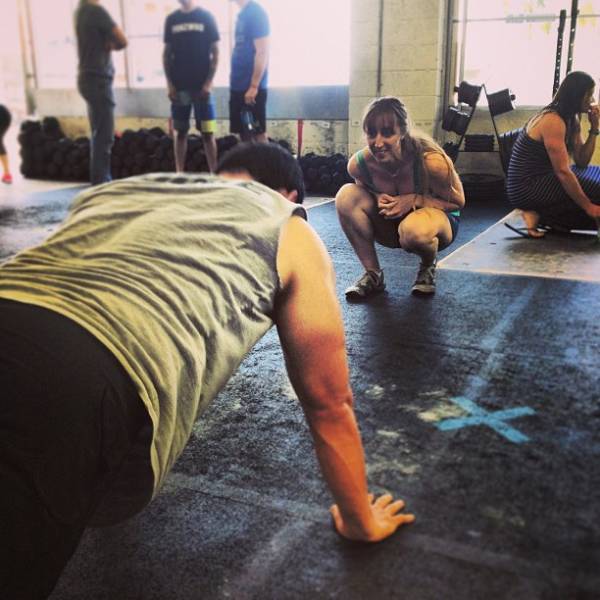 As social capital has declined over the past several decades, so has our health. We see a pretty linear relationship in the number of overweight and obese adults as a percentage of the population up until the late seventies and early eighties. Then that number began to skyrocket and continues to do so. The food supply has a lot to do with that, as does technology and the continued expansion of suburbia. You have to wonder if the decline in community involvement and social organizations has had a role as well?

We will get healthier and leaner in this country when we realize that we have to express ourselves and move physically every day the way human beings are designed to do. We’ll find lasting success in doing so when we find joy in that movement. If we can accomplish something like climbing a steeper face, or sparring with a pro, or hitting a new personal record, these bring about joy and make us want to continue to be fit and healthy. These types of individual goals take teamwork, support, and community. This sense of community is what is ultimately going to turn the tide and get us all fit and healthy.