Understanding the needs of combat athletes can be a difficult task. A recent study in the Journal of Strength and Conditioning Research tested the acid-base balance, an important aspect of fatigue, for the first time in a group of elite boxers. 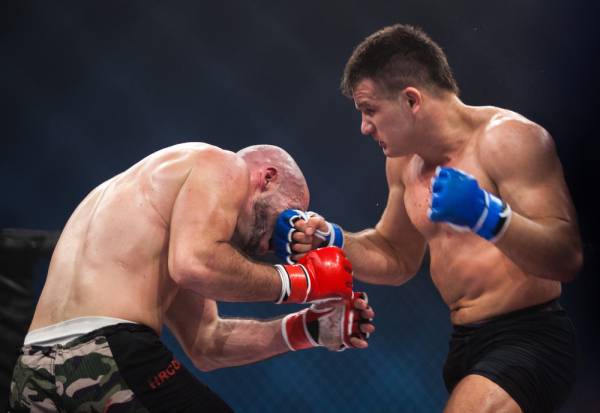 Three teams of boxers, each team having one boxer in each weight category, competed on two different occasions. There were 28 boxers total. Team A competed against both Team B and Team C, separated by four months.

All the subjects were elite boxers from three national teams. They were chosen as the best from their respective countries. In fact, six of the 28 boxers had won world titles (either world championship or Olympic medals).

For teams A and C, the researchers collected data for five different factors:

These values represented work performed, the resulting acid byproducts from fatigue, and the buffering ability of the body. The researchers also took punch counts for the final rounds.

The boxers achieved a moderate level of blood lactate and acidosis. This means there was a substantial contribution from anaerobic energy sources, which may be a limiting factor for performance. Blood lactate levels were highest in the middle-weight classes (average weight was about 140lb).

As the researchers noted, there was also a difference in the world-champion boxers:

It is of note that the three boxers who presented the greatest mean blood lactate concentration and acidosis in comparison to others were previous world champions, suggesting that the best world-class boxers are able to achieve a high physical intensity during the three rounds and support a high level of acidosis.

Interestingly, when team A competed against and defeated team C, there was a significant difference in the markers of acid and fatigue between the two groups. This difference may have been a contributing factor to the victory of team A. However, the researchers noted other factors as simple as a difference in mouth guards could have also contributed.

In order to perform well in boxing, an athlete must have a broad range of physical attributes. This study underlined need for acid buffering capacity and tolerance of acidosis.

However, that’s not to say aerobic conditioning is unimportant for combat athletes. The researchers noted previous investigations have shown trained boxers to be in good aerobic shape. The researchers explained no one has performed a complete analysis of the aerobic needs of boxers because, quite simply, it isn’t possible. Anaerobic contribution to performance, on the other hand, is much easier to quantify and measure.

As demonstrated in this study, training that improves the ability to buffer acid can be beneficial for boxers. Buffering capactiy is particularly important toward the end of rounds when activity levels increase. But don’t skimp on the aerobic work, either.