Jim Thorpe was considered the greatest athlete of the past century and he excelled in football, baseball, and track and field. So did Jackie Robinson after Thorpe. In the modern era, Bo Jackson was a beast. Herschel Walker (pictured below) was also a hell of an athlete as an elite sprinter, as well as one of the best college football players of all time.

Certainly track and field athletes show us who is fast, can jump high, or generate massive power. Additionally football, basketball, and baseball are also great displays of these athletic variables.

These big three are not only the most popular sports in the United States, but they are also the barometer to which athleticism seems to be measured.

But Which Is the Toughest Sport?

While there has long been debate over who the greatest athletes are and which sports produce them, there isn’t nearly as much discussion over which sport is the toughest sport. That is, the sport that demands the most out of its athletes.

Anyone who has ever played a round of golf can attest to how frustrating and difficult golf is to master. But golf is tough in a different way. It’s difficult mentally and situationally, not physically. The big three are also difficult, but a lot less difficult if you’re built to play these sports.

But according to ESPN’s comprehensive ranking of sixty different sports, the toughest sport of all is boxing. Having spent plenty of time around the sweet science, I wholeheartedly agree.

Why Boxing Is Tough

Anyone who has put on boxing gloves to do a class, workout, or even to hit the heavy bag can attest to the difficulty and stamina it takes to box.

The standard three-minute round sounds like a short duration, but many of the longest moments of my life have occurred during those three minutes while boxing.

Even thirty seconds can be a deceiving. Try punching with all-out speed and power on a heavy bag for a thirty second sprint and you’ll know what I am talking about. Add in the variable of someone punching you while you’re trying to punch and you’ll understand why boxing is the most difficult sport. 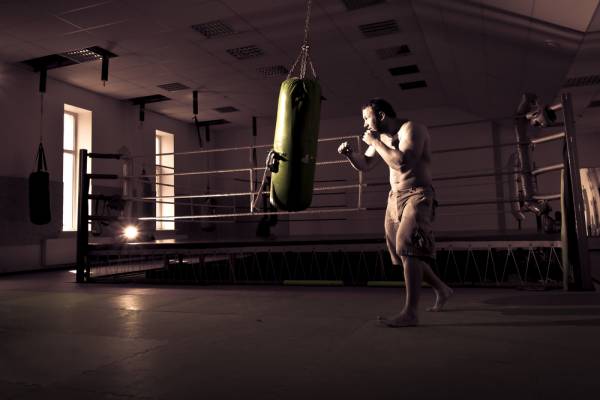 In its analysis, ESPN took ten different athletic categories and ranked each category with a scale of zero to a hundred in degree of difficulty. The categories included every imaginable facet of athleticism from speed and power to hand-eye coordination.

The aforementioned golf scored a respectable and understandable 6.38 on analytic aptitude, but a paltry 1.63 in the speed category.

The big three were all in the top ten of the toughest sports – football at third, basketball at fourth, and baseball at ninth.

But boxing took the cake with high scores across the board. From power to durability, boxing is one tough sport according to the experts. However, it isn’t just the typical athletic variables that make boxing hard. Yes, it takes incredible endurance and strength to box, but more than anything, it takes nerve.

According to ESPN, this was boxing’s most pronounced athletic category – nerve, or the ability to overcome fear. When it comes to nerve, boxing scored an 8.88 average, among the top four of all sports.

Fear and the Ability to Face It

There are a lot of tough sports out there. Golf seems so hard that I have wanted to break every club in my bag while on the course. I remember football practices back in the day that made me want to throw up. Wrestling is as rigorous as it gets in terms of its grueling conditioning.

Still, the sheer mental and physical exhaustion in a boxing ring is indescribable, even at the amateur level.

It’s not just physical exhaustion, but also the mental concentration required in boxing. It’s the willingness to confront not only your opponent, but also your own fear.

That reason, fear, as ESPN indirectly pointed out, is the reason more than any other that boxing is the most difficult sport. Nothing drains you and creates exhaustion like fear.

Fear occurs in many sports. Skiing and surfing can be dangerous, but the mountain and ocean are not trying to destroy you on purpose. In football, a knockout may be a byproduct, but it isn’t the goal.

In boxing, your opponent has one objective – to hurt you. This makes boxing intoxicating, brutal, and barbaric, as well as one damn tough sport. 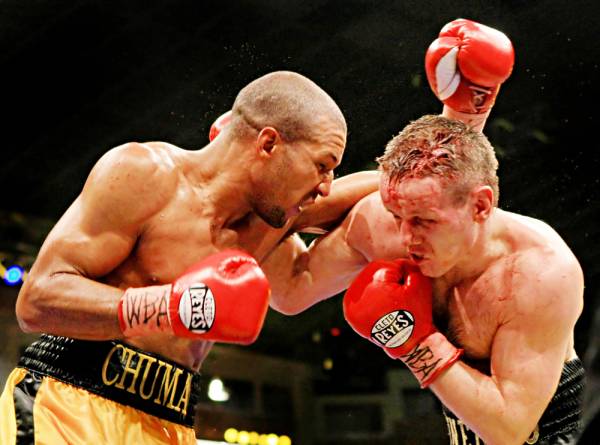 Boxing ain’t for the faint of heart. Having coached boxing, I can tell you that boxing is not for most people. The only way to box with any proficiency is to face this fear – the fear of getting hit, hurt, or worse. Still, facing fear is why I love the sport so much. It is a metaphor for life.

We all take hits and learning how to take them and fight back is a lesson we encounter in life many, many times.

The Hardest Skill to Master, in Sport and Life

As for which sport produces the best athletes, the debate rages on. I still think the big three are hard to beat on overall athletic ability. But an elite-level athlete in one of those sports does not necessarily translate to an elite boxer.

USA Boxing was so desperate for talent in preparation for the last Olympic games that they chose former college football quarterback Dominic Breazeale to represent Team USA in the super heavyweight division.

The experiment failed as Breazeale lost in the first round of the Olympics. A great athlete doesn’t necessarily make a great boxer and vice versa.

Ultimately, boxing is an incredible display of many athletic variables. Really though, boxing is about that ability to measure nerve or fear. That is the hardest skill to master in both sport and life.

To ride the wave effortlessly with the knowledge that wave could potentially kill you is the most mysterious and intriguing athletic variable in any sport.

Boxing is full of this intrigue, mystery, and raw competition. Boxing is also dangerous and detrimental to your health. Despite its flaws, boxing is the pinnacle when it comes to the true test of difficulty in athletic skill.

This is why fighters fight for one word more than any other – respect.