Are You Fit Enough to Fight Fire? Training for Heat Acclimation

The stress that fire and smoke can bring to the body is intense, but maintaining a high level of conditioning will keep you safe on the job.

According to the U.S. Fire Administration, between 1977 and 2012 there were 4,410 firefighter fatalities. Three-quarters of those deaths occurred during a time other than an on-scene fire and were non-incident related. Nearly half of them were due to heart attacks.

This doesn’t disregard the potential lethality of fire-related calls. In 2012, 22 firefighters were killed during fire-ground operations, which is 22 too many. But there’s something to the fact that firefighting seems more deadly during the not-so-dangerous times – such as off-duty and later in life – than on the actual job.

This is due to sub-optimal fitness levels and involves variables beyond the work, such as sleep and nutrition. Firefighters take on a lot of physiological stress in their careers and optimizing physical fitness is the most impactful proactive step in lowering these fatality numbers.

The Stress of Hyperthermia

Research has been striving to figure out the right answers for firefighter physical training and there is plenty of useful information at the click of a mouse. The topic of heat acclimation (also referred to as heat acclimatization) has recently been considered as an additional fitness strategy (or the icing on the cake, so to speak, as will be pointed out later).

Before we check out heat acclimation, let’s understand what happens when the body gets too hot. Heat stress, or hyperthermia, can occur at multiple levels and have varying symptoms. For that reason it’s not easy to detect unless you know what to look for. Symptoms can occur subtly and escalate to dangerous levels before the uneducated eye can notice.

A basic visual description of the symptoms of heat stress.

One of the first warning signs, and a factor that can incite more symptoms, is dehydration. Staying well hydrated is important when on duty, and it becomes even more important as we move on to understanding and training for heat acclimation.

Heat acclimation is the set of specific physiological adaptations your body makes in response to consistent exposure to heat. The result is the body can maintain its core temperature in hot environments while continuing normal functionality. The body can better tolerate any given physical intensity at a given temperature. Imagine being able to respond to a rescue call at a structure fire with better endurance, less fatigue, and a faster recovery time back at the station.

Most studies have found that while improvements are seen the first week, significant changes take at least two weeks.

There are several changes that occur when the body becomes heat acclimated. If you have any idea as to what happens as you become more aerobically conditioned, you may see some similarities. 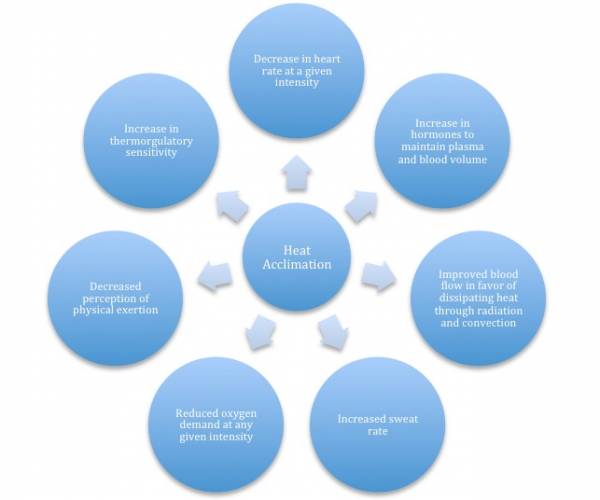 The physiological adadaptations of heat acclimation.

When the body is heat acclimated, blood plasma levels increase, therefore increasing blood volume. Because of this increase in blood volume, the amount of blood pumped during each heartbeat is greater, which means your heart rate doesn’t have to be as high in order to keep up with the body’s metabolic demands.

Additionally, the aerobic and anaerobic energy producing machinery of the body becomes more efficient. Meaning, the body requires less oxygen and nutrients to generate the same amount of work.

“A person with a high aerobic fitness level can handle activity in the heat much better than someone who overweight and/or out of shape.”

Finally, as if that wasn’t enough, the thermoregulatory centers of the brain become more sensitive to changes in the environment that could potentially alter the body’s performance. The body starts sweating at a lower environmental temperature, at an increased rate, and at more distributed skin surfaces for better heat evaporation. In addition, blood flow is altered to radiate and convect heat away.

The Importance of Fitness

All these adaptations sum up to a decreased perception of exertion during activity and less fatigue afterward. But don’t read this and think heat acclimation is all you need to be fit for the job.

A person with a high aerobic fitness level can handle activity in the heat much better than someone who is overweight and/or out of shape. A fit person is already partially acclimated. The reverse is also true. You can’t really train for heat acclimation and gain a significant benefit without training your aerobic conditioning. 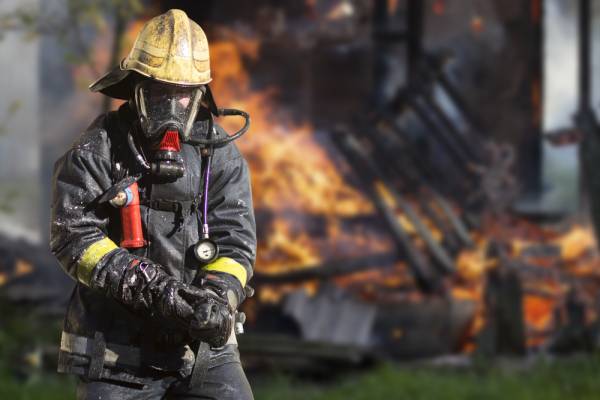 Factors like obesity, low conditioning, and age contribute to the inability to handle activity in the heat. This brings us back to the obvious (but sometimes overlooked) point that physical fitness is huge in fortifying the life of a firefighter both on and off duty.

For those firefighters already optimally conditioned, training for heat acclimation becomes the icing on the cake. The body becomes more sensitive to environmental temperature and humidity changes, and it works more efficiently to allow for that training to pay off while battling the potential consequences of heat stress.

Training for the Job

The benefits of training for heat acclimation are backed by both research and anecdotal reports. What isn’t yet comprehensively understood, though, is the best training approach for certain situations. As we learn how to optimize training methods and programs for the firefighter’s demands, more advanced applications will emerge.

This could be a good approach for new recruits or those with a week or two break in their schedule. But for the firefighter who needs to be in constant peak shape for the next call, short-term acclimation training is still controversial. This protocol can induce too much physiological stress and demand too much time for the regular on-duty firefighter.

“[I]t should be every firefighter’s objective to chase optimum job-related fitness for the sake of the lives of themselves and others.”

So whether you’re able to use a short-term intense program like this or just train when able, it’s probably best to train in the heat or even in PPE (personal protective equipment) every time. As a principle strategy, this would maximize the benefits possible regardless of the program. Just remember to stay hydrated!

Firefighting is a difficult occupation to train for. There are more factors and confounding variables to account for when designing a training program than with most jobs. Sleep is rarely consistent and of quality, nutrition can be hit or miss, and stress can build up from multiple-call days and off-duty life. 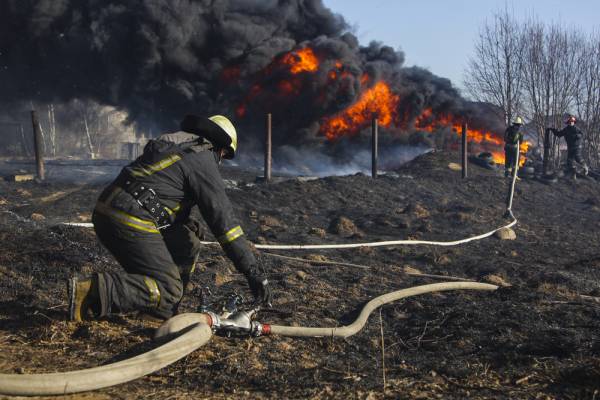 Additionally, ask any personal trainer or even strength and conditioning professional and he or she would have a differing opinion as to which fitness variable is priority and how you should go about training it.

The question of fitness isn’t new though, and it should be every firefighter’s objective to chase optimum job-related fitness for the sake of the lives of themselves and others. Any edge to be gained in training is crucial.

That’s why incorporating heat acclimation into your routine is important. Boosting job-specific fitness is the obvious answer to performing well on duty. When the job environment warms up, that fitness during heat of things becomes all the more necessary.