The last few months have been full of travel and training. I attended the Spartan SGX course and realized I’m going to have to step up my game for the race in November.

Click here to read other journal entries and articles by Andrew Read, and look for his new journals as he trains for not one but TWO back-to-back Spartan Races – the Spartan Beast and the Spartan Ultra Beast.

The last few months have been hectic. In an eight-week period I’ve had two trips to the U.S. During those trips I trained at Gym Jones and attended their Level 1 Fundamentals course, attended Dragon Door’s first Progressive Calisthenics Certification, attended the Spartan Race SGX course, and went to the RKC leadership meeting.

What will probably shock most people is that I can maintain a near normal training schedule even with all that travel. Part of that is taken care of by attending training courses. One of the benefits of being in the fitness industry is that when you travel for work, you’re likely going away to train. Of course, that can be a good or bad thing, as sometimes the courses can be quite demanding and leave you spent for a few days after.

The first thing about training and traveling is that you need options that are transportable. On this last trip I relied on bodyweight training and swimming to keep me going in between training courses. In a seven day period I swam three times, did bodyweight training daily, attended the SGX course and, on one day, walked over twenty kilometers, with my daily average usually around five.

Now, while all of those courses are tough in their own way, I have to say that the Spartan SGX course really kicked my butt. Because I like to get as much packed into each trip as I can, I always check to see what else I can do around each main event for a trip to add value. When I saw the SGX course was only a week before the RKC meeting I signed up instantly.

The introduction part of a course is always interesting. In my group at SGX we had April Luu – the number one female racer competing, and all-round badass – as well as Margaret Schlachter of Dirt in Your Skirt. We also had the two guys who are trying to bring the race to the Dominican Republic, a couple of CrossFitters competing in the team section at the Games this year, and then some randoms like me.

It takes a lot to impress me from a presenting standpoint, but SGX guru Joe DiStefano did that. He’s got a great grasp of training and what is needed to move fast and efficiently, moves exceptionally well himself, and the course itself is filled with detail and sound training ideas.

What stood out for me was the simple method that SGX use for periodising training to arrive at a peak performance. Flowing from movement based work in Phase One, to slow strength work, to power in phases two and three is a typical model. The down side of learning a model such as this at a course is that you are usually expected to practice elements of it.

Our Phase One session was around thirty minutes of crawling and movement-based work. Very similar in nature to Primal Move it is quite deceptive exactly how hard crawling around for a bit can be. After our short session I can remember being hot and sweaty, but feeling good.

And then there were burpees. 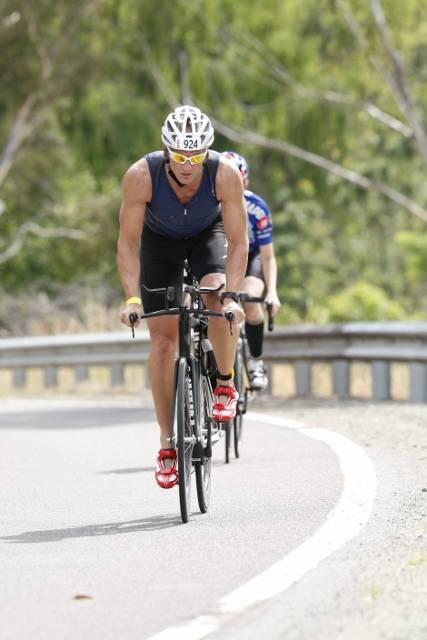 The standard punishment at a Spartan Race for missing an obstacle is thirty burpees. So you know that you’re going to do a lot of burpees when you hang out with the Spartan crew. We did a five-minute burpee test, similar in nature to the RKC snatch test – but this time with max burpees instead of kettlebell snatches.

I’m only going to say this once, but the world is filled with dirty rotten burpee cheaters. A burpee always includes a push up and a jump. Anything else is not a burpee. No push up and no jump is a squat thrust. Falling on the ground and standing up is a sprawl. When I looked at the numbers everyone was getting, and I got 58 in the five minutes for the record, and others who were doing double it got my attention. The answer became obvious pretty quickly when I looked around and realized that the two guys who were doing actual burpees got the lowest number. Let’s call this other thing a CrossFit burpee, in the same sense that they have an event called “floor to overhead” anyhow instead of snatch. It kind of looks like a burpee but only in a dim light after a few drinks. (Direct hate mail to idon’tcareifyoudon’[email protected]) But I digress…

We finished day one with a reasonable workout under the hot sun. The hardest part was that we were in the car park and the ground was pretty damn hot. I think by the end of it we all ended up on the grass just off the car park instead of on the tarmac where we started to stop our hands from burning.

Day two was more of the same. Some great training ideas and philosophies shared as well as discussion on what was needed in terms of training for various obstacles.

And then the real fun was had…

To demonstrate that we had understood all the concepts explained over the weekend, we teamed up and created workouts based on the various phases. Everybody then did all the workouts just to be sure we got thoroughly baptised. The group that went before mine got a little froggy and when it came to our turn we had two workouts that were moderate and then a third that was going to be like a death march. I believe April summed it up when she said, “If those bitches want to play like that we’re going for a run!” And so we went outside to do our run/lunge walk/push up to-the-death workout. We finished this little demonstration with another group’s Phase One crawling workout, which made an excellent cool down.

The aftermath of SGX was interesting. I rarely have much muscle soreness, but I was sore after SGX until four days later. The course is one of the better thought-out I’ve seen in my years and I can thoroughly recommend it to anyone interested in both obstacle racing or a solid way to learn how to program. One of the things that drew me to the RKC was its solid code, and SGX is no different. The Spartan Race is more a journey of self-discovery and health than it is one of peak performance to me. I like when groups have an actual philosophy, and like it even more when their ideals match my own.

What SGX showed me was that I need to step up my game for the Beast/Ultra Beast double in November. And I better practice just flopping on the floor too if that is the fast way to do “burpees.”