Three years ago, this question was practically non-existent in the universe of competing in the CrossFit Games. Back then, a lot of boxes, and by extension, a lot of Games hopefuls, followed the CrossFit main site programming.

Very few athletes had a coach, followed a specific periodized plan, or had specialty coaches to help with Olympic lifts, and it was almost unheard of to have someone specifically write your programming for you.

When I competed in the Games in 2011, I qualified by simply cobbling together my own programming from a hybrid of CrossFit New England and OPT. I did whatever looked the most “fun” for that day. I did not have a coach and I had two brief visits with an Oly coach, Carson, to help with my technique before the Games in Carson, California.

I think it’s human nature to look at the person who appears to have the most coaching success and believe that person is the new messiah. There has been a proliferation of professional CrossFit Games coaches and programs in the past two years, and most have culled their current flock on the heels of placing one or two athletes fairly high in Carson. But it makes me wonder – is a coach getting results because he is a genius at programming, or because he was very lucky when ­so-and-so walked in his door and began training at his box?

I think the answer can be either. There are coaches in every sport who consistently produce winners. There are others who inherit a genetically gifted young’un and through no fault of their own end up with an Olympic hopeful, a Games podium finisher, or a state champ, and then go on to become the coach-du-jour despite circumspect credentials.

I worry about some of my fellow masters athletes who’ve taken on programming from one of the most recent superstar coaches and who appear to be doing injury-level volume. I may not know much but I know excessive volume when I see it. And when I see friends and acquaintances posting daily results that include up to five or six workouts, it concerns me. What works for Julie Foucher may be way too much for me as a 50-year-old man. And for the most part, we masters athletes are mostly in this for fun and fitness, so risking injury for the sake of a few additional places in Carson is just not worth it.

I also know that the Masters Facebook Page consists of mostly posts about injuries. Why? Why are so many of us chronically injured? Is it because we’re following the Pat McCarty 2011 training system of pick-and-choose and more-is-better method? We’re not 25 anymore, so I wonder why we sometimes train as though we are. 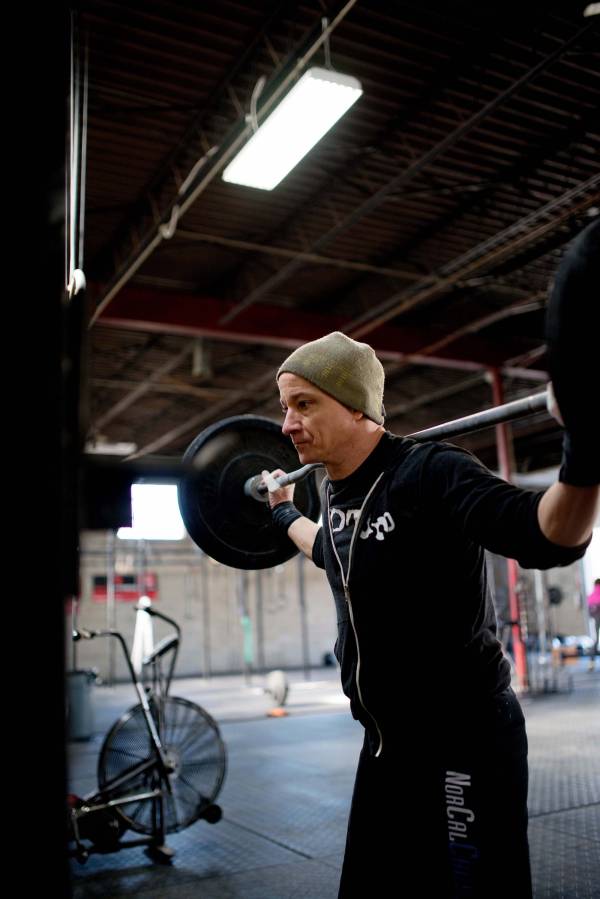 As for me, I am a devoted OPT follower – and my coach Stephen Flamm is OPT trained. As we transition from OPT’s “Will” program to specialized programming tailored to my needs, I know that Stephen will craft a program using OPT’s philosophy as a guide that will address my training needs to a “T” from conditioning work to beefing up weaknesses, with the appropriate amount of volume and sub-maximal work.

What I like about the OPT method is that he takes a very scientific approach to training – it’s science almost to a fault sometimes, when I attempt to decipher some of the jargon in his posts. Additionally, he understands and preaches the science of nutrition as a component of performance. He understands training versus testing. He doesn’t have his athletes testing, testing, testing, day after day. He periodizes the programming to have you peak for whatever event you’re involved in.

But most importantly, he lives his own methods, daily. He is one of the fittest coaches in the industry, something that many people believe is important. In the sport of fitness, I don’t want a coach who is out of shape. I don’t want a coach who can’t provide workout strategies and rep-scheme recommendations because he couldn’t possibly do the workouts himself. Being a student of your own discipline ensures that you are hyperaware of injury prevention, nutritional value, and performance requirements.

Everyone wants to believe that his or her system is best. It’s much like religion – the one we’re currently practicing is the best one, and all the others are frauds. And everyone likes something a little different. But in the long run, which program will allow you to achieve your goals, not only for this year, but also assure that in ten years you’re still fit, healthy, and able to produce at your best level?