Cameron Nichol is a medical doctor, two-time world silver medalist, former Olympic rower, and founder of RowingWOD, a company dedicated to inspiring and empowering athletes to master rowing. Cam started rowing at medical school, quickly climbing the ranks to the Great Britain Rowing Team. He was invited into the Olympic squad just three years after first picking up an oar. Cam went on to win two World Championship silver medals in the men's eight and was selected into Team GB for London 2012 in the spare men's pair. Since the Olympics, Cam has finished his medical degree and is now a practicing doctor in London. In his spare time, he coaches athletes of all abilities and loves seeing them improve with hard work. Cam wants to improve the way we train and believes rowing is currently underutilised as a tool to build fitness in virtually every sport, including CrossFit. Cam has worked with many elite CrossFit athletes, including Games winners Annie Thorisdottir and Sam Briggs as well as Björgvin Karl Gudmundsson, Phil Hesketh, Steven Fawcett, and Sara Sigmundsdottir. Cam's knowledge from his time as an Olympic athlete, medical doctor, and coach gives him a unique perspective on the world of health and fitness. He believes every human is an athlete and wants to dedicate his career to helping people lead happy, healthy, and fulfilling lives. He believes the foundations are in how we fuel and move our bodies. Cam believes movement is medicine. Stay up to date with him on Twitter, and YouTube or visit his site, RowingWOD. 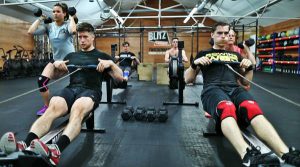 The Right Way to Add Rowing to Your Training Regime

Everyone should row. And everyone can row. This is a fact my boat club’s champions beautifully demonstrate. The members of Molesey Boat Club stretch from 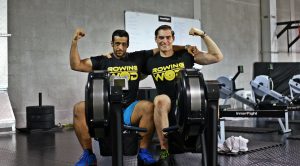 4 Principles to Master the Rowing Machine

Rowing is one of the most beneficial movements the human body can perform. Get it right, and there’s nothing more physiologically demanding on earth. In