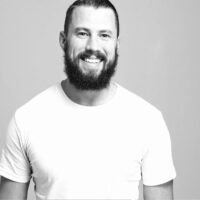 Cliff Harvey is a registered clinical nutritionist and naturopath. Since the 1990s, he has been helping a wide spectrum of clients reach their fullest potential, from world champion athletes to people suffering from chronic and acute conditions. Cliff is considered one of the leaders in the real-food and lower-carb movements in Australasia, having been prescribing ‘carb-appropriate’ performance nutrition for nearly two decades.

His journey in nutrition was triggered by a desire to perform better for rugby, boxing, grappling, and weightlifting. As a result of being diagnosed with Crohn’s Disease, Cliff decided to pursue further studies in naturopathy. After recovering from the worst effects of the illness, Cliff won two world titles in All-Round Weightlifting, setting several world records for feats of strength. More recently, he has re-entered the world of academia and is pursuing doctoral studies in nutrition. Cliff lectures extensively at universities and colleges, including Holistic Performance Nutrition, a private post-tertiary college. He is the author of six books, including his latest release, The Carbohydrate Appropriate Diet.