The Anthropological Argument About Carb Consumption

Are our modern dietary guidelines at odds with evolution?

For many thousands of years, humans survived as hunter-gatherers. Only in the past several thousand, an evolutionary blink of the eye, have we shifted to a diet in which grain-based, high-carbohydrate, and high-sugar content foods dominate our food supply. Even more recently we began to eat the vast amounts of highly processed and refined (highly glycemic loading) foods that now make up the bulk of the modern diet.

Before anyone accuses me of being some crazy ‘Paleo guy,’ remember I started consulting in the nutrition field before Paleo was cool, back in the late 1990s. But as a rationalist and a scientist, it makes sense to look at remaining (or recently remaining) hunter-gatherer populations for some of the best evidence of not only how humans have eaten over the course of our progression as a species, but also how this affects health, and what we should be doing now.

Existing hunter-gatherer populations can provide valuable insight into what we have evolved to consume.

Agriculture as the Bane of Health

At the time of the invention and rapid uptake of agriculture around 10,000 years ago, people’s height decreased and health suffered.1 We tend to think having an abundant supply of food would preserve health and performance, but the opposite appears to have taken place. Higher-grain diets were not ‘healthier’ by any means than the preceding diet based on tubers, leaves, berries, fruits, nuts, seeds, meat, and eggs, and the relatively scarce addition of grains and legumes. Palaeolithic man did eat grains and legumes, just not in large amounts.

A diet based on a few staple crops provides less variety of nutrients than one based on hunted and foraged foods. This had the effect of leaving people malnourished and more susceptible to diseases; a situation exacerbated by closer living conditions and zoomorphic infections transmitted by farm animals. While it was previously thought that the shift towards agriculture allowed for an increase in population related to improved health, it is now generally recognized that there was a reduction in individual physical health with the abandonment of a hunter-gatherer lifestyle.

Until relatively recently, hunter-gatherer groups have subsisted healthily (notwithstanding mortality from infectious diseases, warfare, or predation unrelated to diet). These populations have a significant absence of metabolic disorder on a typically lower carbohydrate diet than one promoted recently by government agencies and public health organizations.

The Inuit population has, by necessity, utilized a low-carbohydrate diet for millennia. Their traditional diet contains a significant amount of protein (approximately 377g of protein per day), equating to around 47% of the daily calories, with 46% coming from fat, and carbohydrate providing a mere 7% of calories.2 Aboriginal diets in Australia have also been extensively studied, are similarly low in carbohydrate, and promote the maintenance of lean body weights and minimized insulin resistance. When Aboriginals transition to a modern Western diet high in carbohydrate and refined fats, the incidence of metabolic disorders, obesity, and diabetes rise markedly. Interestingly, even a temporary reversion to a traditional hunter-gatherer lifestyle causes ‘striking improvements’ in carbohydrate and lipid metabolism.3

Hunter-gatherer populations prioritize consumption of fatty tissue (such as bone marrow and organs) if able, to avoid spoilage of nutrient-dense organ meat, and to provide the maximum amount of calories (and micronutrients) while avoiding the dire metabolic consequences of protein over-consumption.4

This is congruent with both the hunter and scavenger-dominant theories of human food acquisition, especially as both hunting and predator-confrontational scavenging are likely to have provided a large amount of the food for early humans.5 Fresh kills by both hominids themselves and other predators would have provided organ tissue and bone marrow—both high in fat (and fat soluble vitamins), with the relatively lean tissue of wild game meats being a secondary fuel source to the fattier, and thereby more calorically and nutritionally dense tissue of organs and bone.

There is considerable variation in the macronutrient content of hunter-gatherer diets. In one study,6 229 hunter-gatherer diets from around the world were analyzed using plant-to-animal subsistence ratios. A high variance in carbohydrate intake was found (approximately 3%-50% of daily calories). This variance is related to what is available based on climate and geography, and carbohydrate intake is inversely associated with latitude. In extremes of latitude (such as the Northern Tundra environments) higher proportions of animal derived foods, protein, and fat are consumed due to the relative abundance of large game-animals and scarcity of carbohydrate containing foods. In comparison, higher carbohydrate foods such as fruits, tubers, and grains are more plentiful closer to the equator.

However, the authors of this study noted that independent of the local environment, the range of energy intake derived from carbohydrate in most hunter-gatherer populations is significantly lower than the current minimum dietary recommendations. The recommended minimum amount of carbohydrate for modern humans is higher than the intakes of any of the hunter-gatherer populations studied. This begs the question: Have we, in the last 50 years, discovered a better diet than the one we evolved to eat over many millennia?

Adjust Your Carbs for Genetics and Activity

Any rational approach to this topic could not conclude that we have suddenly ‘happened upon’ the best diet for the human being in such a short time. Animals (and remember we are animals) co-evolve with the environment around them and develop appropriately to match this. So rather than assuming that an incredibly high carbohydrate intake is best for most people, we should instead look at the evidence from our forebears and from free-living humans in the wild now. Perhaps the best diet for most people, most of the time, is one that is between around 3% and 50% carbohydrate, with the large variation accounted for by genetic (ethnic) predisposition and activity. In other words, eat an appropriate amount of carbohydrate for your ethnic (and therefore genetic) background and according to your energy requirements (i.e., the more you move, and the higher the intensity of that movement, the more carbohydrate you are likely to tolerate and benefit from).

By taking an approach that recognizes the ‘activity dependent’ nature of carb requirements and our genetic tolerance to carb intake (or as I have coined it a ‘Carb Appropriate Diet’ approach) we can avoid needless debate of which diet is better, high-carb or low-carb, and instead focus on what works best for individuals. 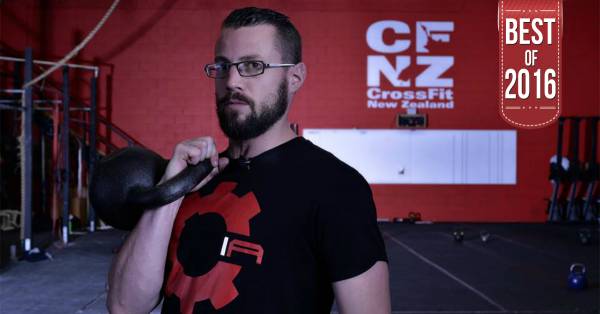 Why do all diets seem to work, to some extent?

Behind the Diet Curtain