Predestined to be a wrestler, strength “addict,” and coach from conception (thanks to his dad), Danny Clark,MovNat Master Instructor,CSCS, SFG was raised in an environment designed to forge high-level athleticism. After his wrestling career ended abruptly in college, he went on to pursue the arts of Brazilian jiu jitsu and MMA, culminating with a brown belt, a few broken teeth, and a bronze medal. Danny proudly represented Team U.S.A. in the 2012 UWW (formerly FILA) World Grappling Championships in Krakow, Poland. Beyond the mats, Danny's years frequenting the University of Virginia’s departments of Evolutionary Biology, Archaeology, and Environmental Science fostered a unique, interdisciplinary worldview that deeply influenced his understanding of fitness and molded his approach as a team instructor for MovNat, personal movement coach, and founder at his gym,Rebar. As a relentless truth seeker, Danny spends his time serving as Performance Director for MovNat, spending time outdoors, and “chillaxing” with his lovely wife, Abby, and future all-star son, Lochlan. 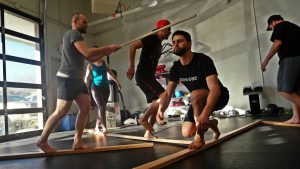 Beyond GPP: Find Your Movement Flow

Ready to get “high” and skyrocket the performance of your body and brain? In my last article, I discussed a new model of performance that 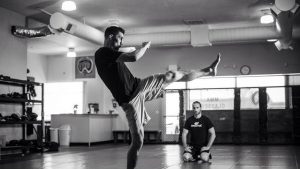 “Movement training” is a becoming popular buzz phrase within the fitness industry, especially as an increasing number of “average” people are becoming aware of the 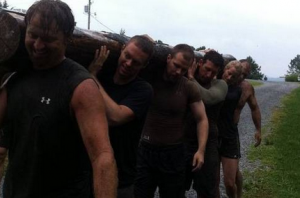 Be Strong to Be Helpful: Movement Skills Are Survival Skills

We were only two days into our fitness retreat and a fellow participant, “Frank,” was already in a legitimate life-or-death struggle. A seemingly non-stop series