Having been involved in several areas of athletic development, David Potach is uniquely qualified as a Board Certified Sports Physical Therapy Specialist and Certified Strength and Conditioning Specialist. David has been a Strength and Conditioning Coach at Creighton University, which allowed him to work with high-level intercollegiate athletes, as well as professional and Olympic athletes, and has continued his work with professional athletes as founder of both a sports physical therapy facility and as founder of Quest Online Personal Training and Coaching. In addition, David treats, trains, and performs biomechanical analyses for several high-caliber (Olympic and professional) athletes both locally and internationally. In addition to being a founding member of the NSCA’s Sports Medicine Section, David was also honored as one of the first recipients of the NSCA’s Sports Medicine Specialist of the Year. David has served on and founded several professional committees for both the APTA and NSCA and he has been a professor and lecturer at multiple universities. 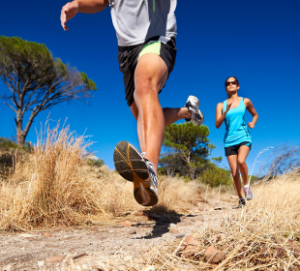 The 5 Best Plyometric Exercises for Runners

The running community tends to advocate training principles from the Dark Ages. Okay, maybe not that old, but not much more recent than the 1980s.