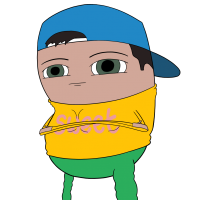 I have, apparently, been laboring under a great misapprehension. I thought my stay here was intended as only a temporary post. But the sad, calamitous truth is that I am still here - after six months, I am still here - and have begun to fear deeply that I am here to stay.

My name is Eugene Bean, but unless you are my agent Norris, or somebody in the capacity of what I might call a “companion,” you will call me Mr. Bean, or, if you wish, The Great Immortal Bean. I am a performing strongman, of a time long ago - that is my job, plainly enough: I put on spectacles.

I suppose my qualifications should be listed out. Very well. To start, I was the first in my time to ever bent press an elephant, live. As to what kind of elephant it was? A fair question, so I will entertain it. It was an African Savanna elephant - the largest of all three species, and not that sort of slender Asian elephant that lesser men practice with. No, this was an abhorrent, man-devouring beast of the field, mutated and enraged - with tusks the size of scythes, ears the size of sewage lids, and he roused up more trouble than a tax collector, and collected more dead bodies than a morgue, and would kill and eat anything that stood between him and the next thing he wanted to kill and eat. There was doubt if I could do it, doubt that I was man enough.

But hold your suspicions, and let me tell you how it happened.

They let the beast out onto the stage, and no sooner than he was released had he secured a death grip on his captor with his mighty trunk, and squeezed him like an anaconda until he exploded off in all directions, in chunks. It was an effective spectacle. And as this towering, prodigious ogre sauntered towards me, he all of a sudden veered off to the right of the stage, shish-kabobbed three spectators, and ate them whole, while fresh.

He was now in close enough proximity, so I leaped, got a handle on his trunk, rolled it up into a tootsie, and inserted it backwards into his mouth - so he could not close it without causing harm to himself. His most dangerous weapon had been taken care of, and I had next only to neutralize his blood-soaked tusks. He made a swipe at me, and it was wasted - I ducked! But the sweeping blow continued onward, razed the crowd, lopped off a good number of appendages, and sent them all whizzing into the air!

But by this my opportunity presented itself. I was able to get around the beast, and situate myself under his backside. I took position, and prayed him not to release wind, as such a thundergust would have blown the skin right off my bones, and left me but a lifeless, chattering skeleton. I took hold of his saddle blanket, jutted out my hip, and leveraged the beast upon it. He was now in the air(!) - the whole lot of him(!) - all six thousand, three hundred and fifty nine kilograms! He squirmed wildly, like an inverted cockroach, his feet kicking in the air, and bemoaning.

I finished the lift, and locked the beast out overhead, with one arm, and in front of three thousand persons, all of them raving, gasping, applauding, and not a single one of them with a Kodak to capture the evidence of it! But that is no matter, as the story was passed on for years innumerable, by all in attendance, and not a single truth of it was ever stretched or decorated - so it was as good and real as any photograph could have made it.

But that was many, many years ago, and I have since retired to more seemly recreations. When my time capsule landed here, scarcely a week ago now, I was displeased to see how weak society has become, so I have taken the liberty to uplift it. Since then, I have been offered a full time position at The Chronicles of Strength, and on the monthly stipend of fourteen dollars and fifteen cents, if you can even believe it! This is a raise of nearly 1000% over my salary as a strongman in the early half of the previous century, and where I would normally feel a rotten guilt for mulcting such a dolt out of all his money; in this particular case, I’d say I’ve earned it.