There will sometimes be in the course of a man’s life when he is presented with an object he strongly desires to lift. Here are ten things all strong fellows know.

EDITOR’S NOTE: This piece was written by a man recently thawed out. His manners are not yet caught up. And if you are looking for a moral to this piece, just keep looking.

Why should a man weightlift? I will answer it like this, borrowing from Saxon: There will sometimes be in the course of a man’s life when he is presented with an object he strongly desires to lift. It might be a boulder, a couch, or a donkey. But if the man has not practiced the sport of weightlifting, his desire will be met in short time with disappointment.

In my day, a man’s life was not useful in proportion to his intellect, but useful in proportion to his strength. Fortunately, I was endowed with both – handsomely, and many layers thick. But to sum a column of digits without pen and paper, to reconcile a bank statement, or to recite by name each president from Washington on down to Wilson, alphabetically or chronologically, were tricks you could teach to a monkey, let alone the mass of men. But lift a six-pood kettle weight with one arm and you have done something most men cannot.

The primary objection, back in my time, was that weightlifting makes a man slow and cumbersome and not well suited for sport or combat. Furthermore, it was contended, if you can believe it, that up to a point of, say, being able to lift two or three hundred pounds in one arm, that such strength would turn a man into a klutz the size of an elephant, incapable of delicacy, grace, or skill.

When I exited the time capsule, I was greatly pleased to see all these assertions long since disproved but quite equally disheartened was I to see a new race of inanities had taken form. The prevailing delusions today stand that the sport of weightlifting will stunt your growth, rupture your spleen, give you elephantitis, and other such claptrap. These, of course, are all buncombe. 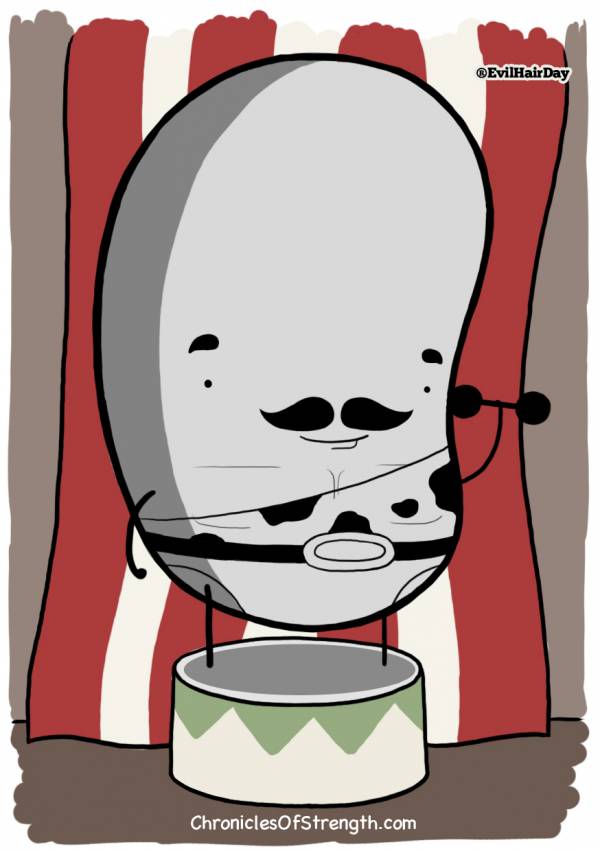 Will lifting heavy weight stunt your growth? I am not of the opinion that it will, no. Take a look. This picture of me is admittedly outdated, by a number of nearly one hundred years, but for my time, I stood a colossus. Now, relative to your time, we did not have so many hormones in our chicken.

Will weightlifting injure you? I entertain the idea that it is a possibility, yes, but a small one. In a minor number of instances did the barbell fall onto my head and bounce – but I simply applied some Pond’s Extract and went again. The point is to move quickly out of the way, and if not, to have a good jelly on hand.

But let us refer to the facts: Less than 2% of all people weightlifting, as the books show, are ever sent to the emergency room because of it, and only a very small sliver of that wind up dead. By this I am willing to believe that if a fellow exterminates himself through a poorly served barbell hang clean he must be badly wanted in heaven, and it is not anyone’s business to interfere. That aside, these numbers are pretty petty, really, seeing as to how more “seemly” recreations, to wit: riding atop a bicycle, injure a good deal more people each year, upwards even, of 500,000. Now if we could reserve bicycle riding for tax collectors and increase the rate of death to 100%, who would reasonably object? I’d be willing to make the arrangements myself, and provide fine cigars to whoever signs the petition.

Will weightlifting make you into a bulky repugnance? If this is true, then it will also make you fart in your sleep, if we are to get into the habit of making wild assertions. If weightlifting makes you into anything, it is kingly. Take a look. Do my muscles rupture the epidermis? No, they are contained tightly, though visible, and tasteful, but not enormous. They are as big as they are required to be, to lift seven pood, and to twist a man’s neck around, but no bigger than that.

Eat buttered rice with steak, and drink beer. That is the foundation. And to keep your heart muscle from getting weakened, a few stalks of broccoli, from time to time. Anything else will soften you around the middle. As for water, you ask? That is a camel’s drink; have beer instead.

Now, onto some advices for strength, for those of you who’d seek to acquire it. I have ten pieces – that is, ten things all strong fellows know. Please put these down:

1. It is required of a man chasing strength as either a profession or a hobby to take his practice very seriously, as a piano player does his, or a cellist. You must rehearse every single day. 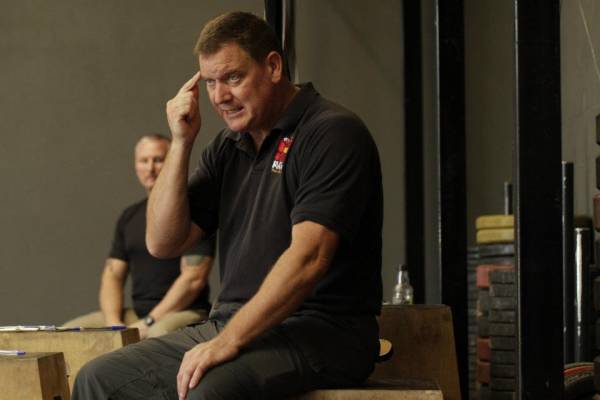 2. If Dan John tells you to do a thing, it is wrong to reply you will not. It is wronger still to sass him.

3. Strength training is not “working out.” And what even, I ask you, is “working out,” exactly? Breaking a sweat, and breathing hard just for the luxury of it? Nonsense. In my day, this was a consequence of heavy lifting, and something of an embarrassment, too – as it meant the man showed a weakness, and was troubled by the weight. But still, if you find yourself in the straightened circumstance where “working out” is an object, then I say to save it for the end, when your strength work is done. Make it “a finisher.”

5. A strong man ought not to make a spectacle of himself after each completed lift. It is not good form and makes you look inexperienced. However, if the occasion arises, as it should, that you best the highest score on record, then you may – but only if your conscience justifies you in it – gratify your ego.

6. A strong person respects the weight, be it light, or heavy, or somewhere in the middle. He all at once lifts it very deliberately and with proper form. As a strong person understands the importance of good alignment, and never sacrifices quantity for quality, less he wishes to qualify himself for a wheelchair.

7. Never under any circumstance correct a man’s form with boiling water. Scalding is old-fashioned even for my time, and leaves marks. It is much better to cane him once or twice across the shinbone. 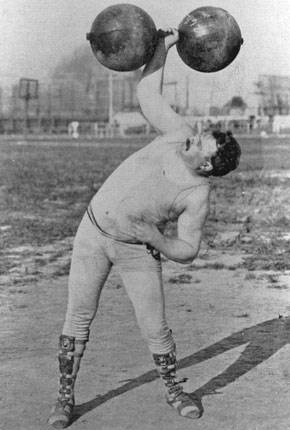 8. Low reps, as any strong fellow will tell you, are more beneficial than high reps. The person who is lifting for more than fifteen reps is not practicing strength, but doing Zumba.

9. It is required of a man after strength to be consistent and precise with his movement. That is, if he begins a set with grace and eloquence, he ought not look like he has delirium tremens by the end of it.

10. Never under any circumstance disrupt an opponent’s lift with mud. Saxon threw mud in my eye at the launch of a clean lift, back in ’03 – 1903 – and the weight whizzed off, gathered a respectable altitude, did a few somersaults, and then came down and crippled a spectator. But this is far too conspicuous. Rather, the clever thing to do is taint a man’s sport drink with sufficient saline solution. This will cause him to think twice before bending at the waist, and puts him in the similarly vexed position of a man running for public office: If he succeeds, he has soiled himself. If he forgoes the attempt, he is still a loser.

11. Because the last one was not pertinent, nor this article on the main, I will grant you one more, free of charge. And it is this: strength is earned slowly, but is kept for a long time. So be like the infantryman, who gets down in the trenches, and makes his advances little by little, day by day, and in sweat and blood.

The culture of today, I’m sorry to report, is soft and pudding-like. It seems masculinity has declined in direct ratio to the number of added conveniences, and the advances made have hardly been advances at all, but nuisances. I ask, put me back into the time capsule and return me to a time when men were men.