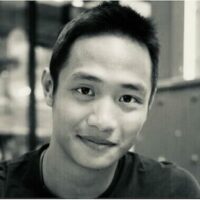 Since the age of 7, health, wellness, recovery, and martial arts have always been a huge part of Gianni’s life. He started his training in Wushu while he was in elementary school in Singapore. While he was always active in martial arts and other contact sports such as rugby, andhestarted a strict supplement regime at a young age.

Gianni quickly learned that competitive training isn’t just about execution; it is also about your recovery cycles. Being aware of these factors will allow oneto perform atmaximum potential when needed.

In late 2005, Gianni moved to Shanghai, China, to further his commitment to martial arts, but instead found Hip-Hop and Capoeira.

Fast forward to 2011, Gianni moved to Northern California (aka the Bay Area) and started his journey in BrazilianJiu-Jitsu and mixed martial arts.He competed in over 30 tournaments and won multiple gold medals before receiving his purple belt in 2016 under his instructor, Matheus Colhado, a Gracie Academy instructor at the time.

Gianni highly encourages his students to be able to mimic moves and make them their own.