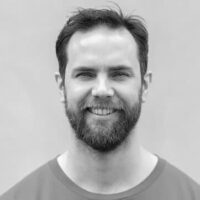 James exemplifies the idea of practicing what you preach. He is a coach, competitor, and scientist. James has helped many athletes achieve the rank of Master of Sport in kettlebell sports and has also achieved this rank himself in triathlon, biathlon, and long cycle, across different durations.

He has competed internationally and won medals at three various kettlebell world championships. James has two Masters degrees in exercise science, his first in Strength and Conditioning, and his second on the Kettlebell Snatch. Currently, he is completing his Ph.D. on the Kettlebell Swing.

Further, James has published research papers on both the Kettlebell Snatch and Swing. He is also a gym owner and has worked as a personal trainer for 15 years. James conducts his experiments in his gym, which is equipped with force plates. This gives James an in-depth practical, and theoretical understanding of kettlebell training and competition. He publishes some of his thoughts and ideas on his GS Science blog.