What lessons can we learn from world champions in a biomechanical comparison of different kettlebell snatch styles?

What lessons can we learn from world champions in a biomechanical comparison of different kettlebell snatch styles?

Kettlebell sport involves a wide variety of styles, even with a few similar to hardstyle. I’ve been lucky enough to test a range of elite kettlebell lifters.

Still, I have chosen these two because I feel they exemplify what GS world champion Arseny Zhernakov refers to as classic-style and modern-style. These athletes are no joke; both have performed 200+ snatches with a 32 kg kettlebell in 10 minutes!

Below are some illustrations of the trajectory of the kettlebell from a front-on view of these two athletes. You can see that the path of athlete A has a larger side to side movement.

In contrast, athlete D appears to minimize the side to side movement (only moving from between the legs to directly over the shoulder). This contrast epitomizes the differences between these two styles. To my thinking, the classic was an adaption of the barbell snatch technique (predominantly moving through the sagittal plane).

Over time people started to make use of the kettlebells increased mobility, allowing for more significant lateral movement.

In summary, classic and modern snatch styles have a marked difference within their trajectories. The figure below illustrates the path of athletes A and D.

If you want more information on the trajectory of the kettlebell snatch, you can look up my paper – “Snatch trajectory of elite-level girevoy (kettlebell) sports athletes and its implications to strength and conditioning coaching.”1

In contrast, the modern style has a somewhat asynchronous movement pattern, where force increases on one leg and decreases on the other.

This movement is caused by the shifting of the body to counterbalance the kettlebell. As such, the kettlebells trajectory starts to move further to the side.

The table below breaks down each phase of the snatch and outlines some of the differences:

The stick figure above the ground reaction force trace starts from the left side of the page in fixation. This phase is then followed by the drop phase, which is where you begin to see the differences within the styles. The line down the middle breaks up the downward and upward phases. 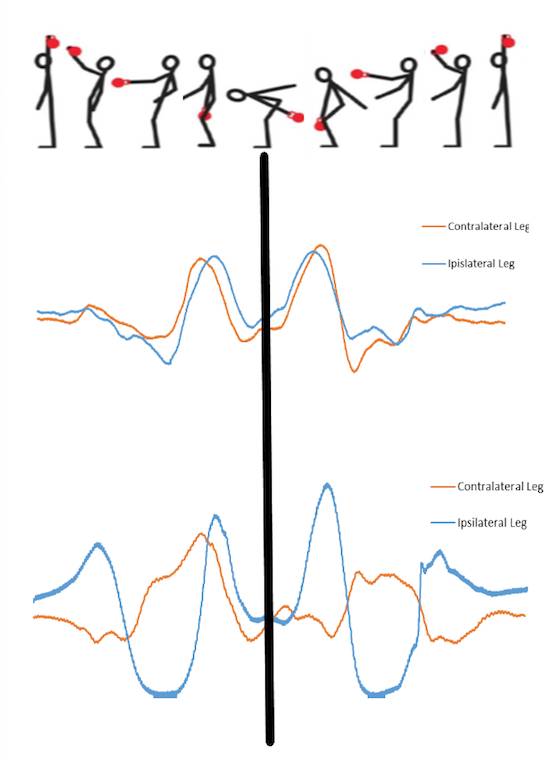 The top figure is lifter A using a classic-style, and the lower figure is lifter B using a modern-style. In the examples, I haven’t included any numbers because these athletes have different body shapes and strength levels.

Below are graphs of my own classic and modern-styles snatches. I performed these on the same day. I’m well off performing 200 reps with a 32 kg snatch; however, I can perform a 10-minute set with it.

Again, we must recognize and can almost view the ground reaction force as a unique signature. 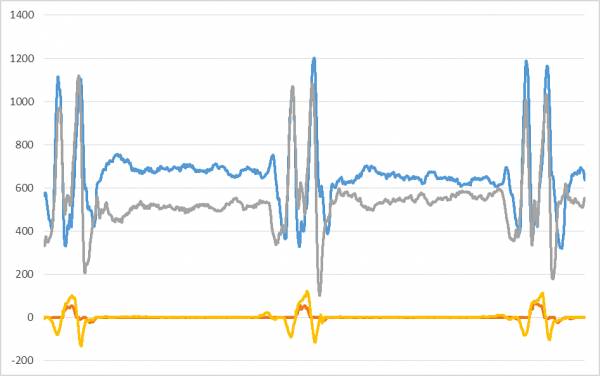 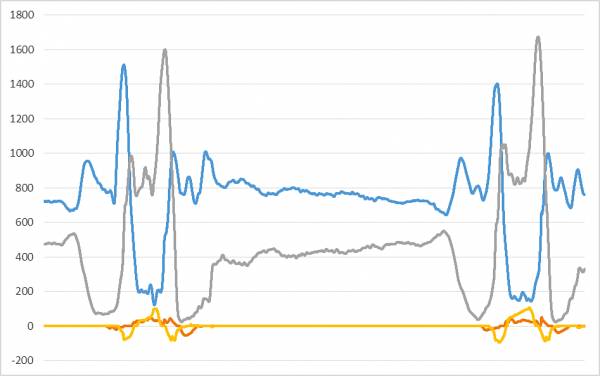 The graph below illustrates a side by side comparison of the force from the left and right legs, one line for each style. Interestingly, when I combined the power from each leg, the ground reaction force is very similar for each style. 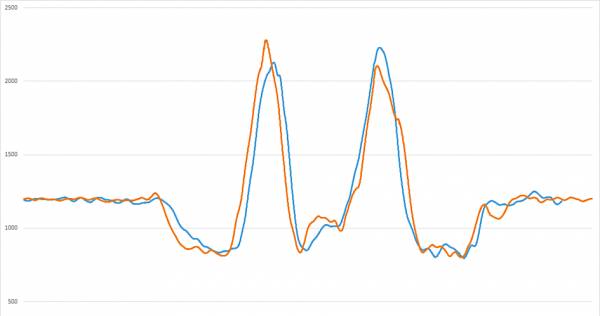 It’s hard to make any general recommendations (from force plate data) regarding style. However, it is individual, and you need to use the safest technique that allows you to optimize your performance.

It’s important to remember that with one hand change, grip strength endurance is typically the limiting factor within kettlebell sports performance.

The big takeaway from this is that there is a difference in the trajectory of modern and classic kettlebell sport styles. This difference may affect the ground reaction force and how the weight shifts.

Both modern and classic kettlebell sport styles have merit, and you can have an excellent performance with either.

James exemplifies the idea of practicing what you preach. He is a coach, competitor, and scientist. James has helped many athletes achieve the rank of Master of Sport in kettlebell sports and has also achieved this rank himself in triathlon, biathlon, and long cycle, across different durations.

He has competed internationally and won medals at three various kettlebell world championships. James has two Masters degrees in exercise science, his first in Strength and Conditioning, and his second on the Kettlebell Snatch. Currently, he is completing his Ph.D. on the Kettlebell Swing.

Further, James has published research papers on both the Kettlebell Snatch and Swing. He is also a gym owner and has worked as a personal trainer for 15 years. James conducts his experiments in his gym, which is equipped with force plates. This gives James an in-depth practical, and theoretical understanding of kettlebell training and competition. He publishes some of his thoughts and ideas on his GS Science blog.