Raised in the beachside town of Ventura, Calfornia, Jonathan Puu began his muay Thai training as an eighteen-year-old with a clean slate and no previous martial arts experience. He immersed himself from the get-go. Within his first year of training, he traveled to Pattaya, Thailand to deepen his training and to fight, as well. Afterexperiencing the difference in training and techniques in Thailand, Jonathan sought out a Thai trainer in the States upon his return. Jonathan was introduced toKru Dej “Nokweed” Sri-Ampai, the owner and head trainer at the time forMuay Thai School USAin North Hollywood, California. Jonathan moved to North Hollywood to pursue his training with Kru Nokweed. After a handful of fights, a few more trips to Thailand, and an apprenticeship under Kru Nokweed and Dan Mayid as both an instructor and fighter, Jonathan returned home to Ventura to share his passion for muay Thai as a teacher and coach for various martial arts academies, building programs from the ground up. Jonathan is still actively competing while teaching both group and private classes at his private gym in Ventura, California. 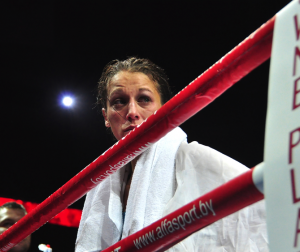 The 4 Best Things About Losing a Fight

Dealing with your first loss, it’s thought of as the inevitable (unless you’re Floyd Mayweather Jr., but that is a different story). Whether you believe 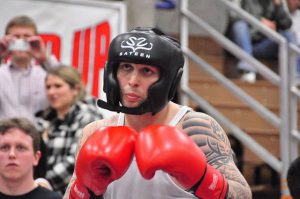 It seems like it was just yesterday, but I often forget the jitters I had before my first muay Thai fight back in 2007. As