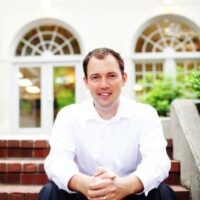 Josh has been a lifelong athlete and has worked for over a decade as a professional in the fitness and sports rehab industry.After graduating from Linfield College with a Bachelors degree in Exercise Science he continued his education and graduated with honors from Pacific University with his Doctorate degree in Physical Therapy.He continues to enhance his education with classes through the North America Institute of Manual Therapy. Josh stays actively involved with the National Strength and Conditioning Association and the American Physical Therapy Association.Over the last decade he has had the opportunity to work with many professional and semi-professional athletes as well as organizations such as Under Armour, IMG Academy, and Women’s Health Magazine.

As an athlete, Josh has played a multitude of sports through his life.During his years at Linfield College he played lacrosse and later because the strength and conditioning coach for the Portland State Lacrosse team. After college, he became active in endurance sports. He found a passion for running marathons and competing in triathlons after starting his professional career. Josh continues to look for new ways to challenge himself as an athlete.

In 2007, he became the co-founded of Bridgetown Physical Therapy and Training Studio in Portland, Oregon.Bridgetown PT is an exercise-based physical therapy clinic that also incorporates personal training into their business model.This new facility allowed him to pursue his professional career in physical therapy but also continue to focus on his passion for personal training.Most recently he founded Fitness Solutions Northwest and currently working to develop new fitness apps for the iTunes market in his spare time.