Trust your instincts and identify the warning signs of a coach who is on the wrong track.

Spring sports are around the corner, and if you haven’t already found your child’s coach or if you aren’t happy with your child’s current coach, then this article is for you. This article will reveal some of the warning signs of a bad coach and assist you and your child in avoiding a painful sports season.

It isn’t always easy to distinguish between good and bad coaches. Coaches who win are often considered “good,” while coaches who don’t are considered “bad.” Generally, a bad coach is also considered to be a transactional coach, with a short-term focus on winning. In contrast, a transformational coach has a long-term focus on developing the athlete for optimal sports performance over time.

A transactional coach is driven by the goal to win at all costs, and all practices, teachings, and strategies are executed with the win in mind. This is where parents and children often mistake a bad coach for a good coach – because the end result is the win.

While everyone likes to win, the consequences of a season with a transactional coach often leave youth athletes unmotivated to play that sport again or uninspired to play any sport. Perhaps even worse, this type of coaching sets a bad example for athletes in sportsmanship, in responsibility, and in team building, not to mention the effects this coaching has on the child’s self esteem.

Keeping an Eye on the Coach

In order to truly delineate between good and bad coaches, we need to examine the behaviours of the coaches. In her article 8 Warning Signs Your Kid Has a Bad Coach, distinguished sportswriter and reporter Merlisa Lawrence Corbett identified the traits of a bad coach. Drawing on the research and experience of sports psychologist Dr. Alan Goldberg, Corbett summarized Dr. Goldberg’s extensive findings to assist parents in identifying the warning signs of a bad coach.

“By knowing and being able to identify the behaviors of bad coaches, parents are better equipped to make decisions that will allow their child to enjoy the sport and the playing season.”

While these eight characteristics can help parents identify a bad coach, determining them is dependent upon a certain amount of observation time. This observation time generally comes in the form of practices and games or events. But by that time, it is often too late to switch coaches, and the child is left to persevere through a miserable playing season.

How Does a Parent Proceed?

So, if parents are new to the sport or new to the area, how can they avoid the pitfalls of accidentally selecting a bad coach? Brooke de Lench, founder and editor-in-chief of Moms Team, an online youth sports information site for youth sports parents, understands the trials and tribulations of finding good coaches. She offers the following advice when seeking a new coach for your child: 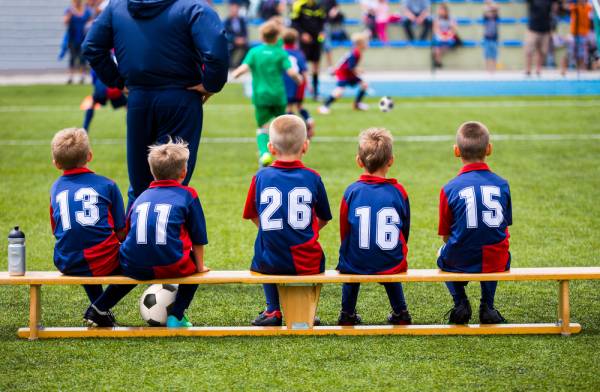 I speak from experience on this last piece of advice. When my son was younger, he played on a winter baseball team. It was supposed to be for fun. It wasn’t. Early in the season, my son came home from practices mentally and physically worn out. I knew something wasn’t right, but I couldn’t put my finger on it, and my son was too young to verbalise it.

Yes, I attended practices. Yes, I attended team meetings. Yes, I observed. Yes, I communicated with the coach. I still couldn’t figure it out – until I saw the coach interact with his son. The son missed a ground ball, and the coach (dad) screamed at him, berated him, and then threw a baseball at his child, which hit him in the back.

“In order to truly delineate between good and bad coaches, we need to examine the behaviors of the coaches.”

I watched in horror. The players watched in horror. Everything was suddenly clear to me. I called my son over, he packed his bags, and we walked off the team immediately. Four other parents followed me to the parking lot with their players. Complaints were filed, and the team was disbanded. Lesson learned – trust your instincts.

Being a Better Equipped Parent

Typically, bad coaches exhibit several common behaviours. By knowing and being able to identify the behaviours of bad coaches, parents are better equipped to make decisions that will allow their child to enjoy the sport and the playing season.

No matter the scenario, when faced with a bad coach, it is the responsibility of the parent to act in the best interests of the child, especially if the safety, health, or well being of the child is at stake.