Barbells Don’t Hurt People: How Not to Crash in the Gym

Ultimate responsibility for your body falls on you. If you got injured, it is because you did something you weren’t ready for.

About ten years ago, I worked for a company called the California Superbike School (CSS). I had the horrible job of going really fast around one of the best racetracks in the world and teaching other people how to do it, too.

As great as the job was, it was also obviously dangerous. There’s not too much room for error when you’re going flat out. Accidents can happen. But the CSS is a well-run organization with a system for everything. That’s what allows it to be successful in the United States, UK, and Australia, despite the different cultures.

What Causes You to Crash

One of those systems was about communication. In particular, it was about how you spoke to someone who had crashed. The bottom line is that motorbikes don’t crash without rider input and collisions on a racetrack are rare. That means that nearly 100% of the crashes on a racetrack are due to rider error.

“Ultimate responsibility for your body falls on you. If you got injured, it is because you did something you weren’t ready for.”

Imagine yourself in the following situation to get a feel for how frustrating it might be. You’ve just crashed your pride and joy, and you know the crash won’t be covered by insurance (as racetrack crashes aren’t). You’re looking at a repair bill likely in the thousands. You’re probably a bit battered and bruised. Then someone like me comes up and asks, “What did you do?”

You see, the bike didn’t slide by itself. You slid it. The bike didn’t lock the front wheel. You did that. You caused every control error that led to the crash. So what I’m trying to say here, despite knowing you feel bad and that you’re more than a little sheepish and in pain, is that I know you caused the crash and want to hear that you know what you did to cause it, too. This is a school after all, and we’re here to learn. I’d rather you figure this crash out now, than repeat it on the road where you may slide into oncoming traffic instead of safely onto the grass by the side of the track.

Crashes in the Gym

Now, years later and as a personal trainer, imagine my frustration when I speak to people weekly who seem to be having the same “crash” over and over again. Like the guy who tells me how his neck flares up “all the time.” Or the guy who has a shoulder injury that he’s “very good at managing.”

If you have an injury that wasn’t caused by a trauma like falling down the stairs or being in a car accident, then you caused it. When it comes to the gym, that means it was caused by one thing – you weren’t paying attention. That one thing can actually be split into two parts – either you tried a lift you shouldn’t have (such as with too much weight or when unduly fatigued) or you used poor form. Regardless, the “crash” was because you weren’t paying attention and the result was an injury.

“You see, the bike didn’t slide by itself. You slid it. The bike didn’t lock the front wheel. You did that. You caused every control error that led to the crash.“

Sadly, these scenarios often occur because trainers ask clients to do things they shouldn’t. I’ve heard stories of students knowing that what they were being asked to do was idiotic, but in wanting to impress their teachers, they suddenly find themselves with an Olympic bar on their back doing plank holds. 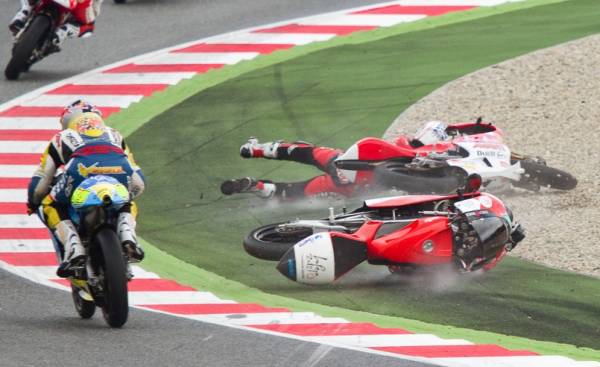 While I’m not condoning the teacher’s behavior, at some point the students should have put their foot down. As in, the moment they were being asked to do something they knew was stupid. Ultimate responsibility for your body falls on you. If you got injured, it is because you did something you weren’t ready for.

Clinicians often play a role in these situations, too. They’re good at treating the site of the pain you caused by doing something badly, but often that is where their treatment ends. If you only rehabilitate yourself to the point where you are pain free, then you are likely to get hurt again.

The number one predictor for injury is previous injury. So, if you got hurt from a movement in the gym, then unless the faulty movement pattern is fixed, you’re only setting yourself up to end up in front of the same therapist again. And no, this doesn’t count as “managing” an injury.

Good management of an injury sees you doing the homework needed to fix the underlying movement issue and then never seeing the therapist for the same issue again. Anything that sounds like, “Oh, it just flares up every now and then,” isn’t good management of the problem and is a sign of your laziness, your therapist’s incompetence, or both.

Either your therapist isn’t addressing the underlying movement issue or you’re not doing your homework. If your therapist isn’t doing his or her job, then walk away and find one who can. And no, it makes no difference how nice he or she may be or that you’ve been going to see him or her for years. All that matters is whether or not your practitioner is actually addressing the problem or just sticking Band-Aids on it. 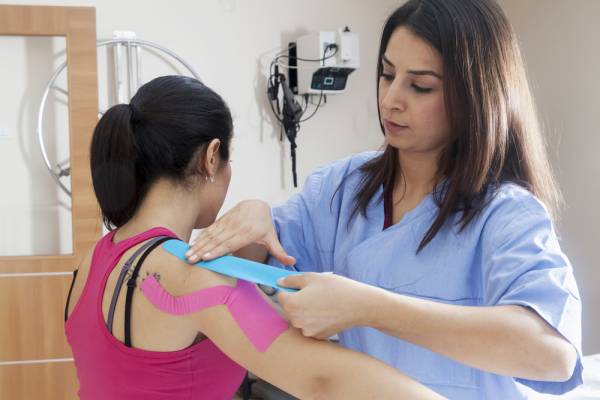 So when you go to your trainer and complain that something hurts, be prepared to take blame for whatever it is that ails you. The bottom line is – if you hurt yourself in the gym, it was because you did something you weren’t ready for.

“At the end of the day, you are responsible for the health and wellbeing of your body. You are the one who should be most concerned about it.“

And if you’ve been getting treatment that has essentially proven ineffective (because you’re still injured), then be prepared to defend your laziness or choice of practitioner. At the end of the day, you are responsible for the health and well being of your body. You are the one who should be most concerned about it.

Take responsibility and don’t allow yourself to be put in a position you’re not ready for with a load you can’t handle. Remember, barbells don’t hurt people. Idiots hurt people.