One of the many gifts BJJ has given me is the capacity to be completely and utterly present. When I’m training, whether preparing for class, troubleshooting and drilling with teammates, taking in instruction, or rolling, I am usually completely focused on what I am doing. While concentrating on any aspect of grappling, I’m as close to the flow state described by psychologist Mihaly Csikszentmihalyi as I ever get. I can even sometimes do the meta-awareness thing, where I have the capacity to observe and enjoy how present I am.

I hope you know the feeling. It’s that state people enter when they lose all track of time, when it feels like every cell in their bodies is focused on the task or event at hand. It’s when words and ideas bubble over in the mind and fall all over themselves to be expressed, like students frantically waving their hands, begging to be called upon in class. It could happen on a first date, during a gripping movie, or, as in my case, during the pursuit of athletic practice. When I train, I get into that flow state, and then when I’m done, the afterglow lasts sometimes for hours.

This is in BJJ. In some parts of the rest of my life, however, it turns out I have historically been a black belt at whatever is the opposite of present. If left to my own devices, I have a tendency to live in the past, which I can do nothing to change, and in the future, which may or may not actually come to pass the way I worry it will. I worry a lot, and I know I do so to my own detriment. It’s exhausting to replay imagined missteps when everyone has forgotten except me, or anticipate the worst when the best is just as likely. Sometimes I even catch myself yearning to be in places I was in recently, despite the fact that I know that when I was in those places I was thinking about how nice it would be to be someplace else. (I’m not saying I’m crazy, but I’m not not saying it either.)

In the past, my capacity to be completely present in BJJ and my inability to do so in other parts of my life was actually painful. I was in the wrong situation for me – many wrong situations, in fact. And at that time, feeling the utter focus and joy that BJJ gave me was almost worse than never feeling it at all, because it was in such marked contrast to the rest of my life. I would feel that sense of presence in BJJ, and then when it was over, I’d wish I were still there and look forward to being there again, effectively living in the past and the future the rest of the time. 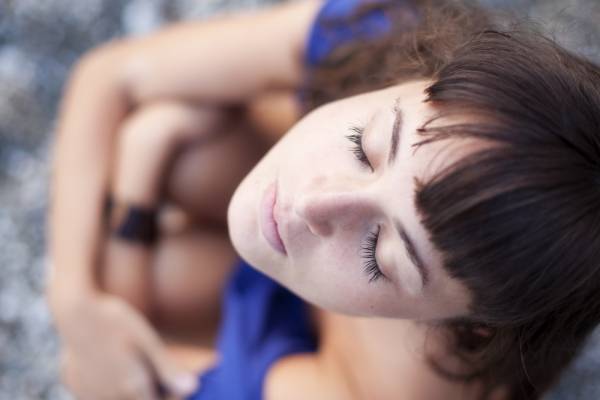 Over several months and years, and with much trepidation, I decided to make changes in my life that helped me feel that sense of presence more and more, in situations other than BJJ. In addition to giving me that sense of presence in the first place, then, BJJ has also given me the courage to seek and insist on it elsewhere. This means I must also insist on it in myself.

What I mean is, while I have made changes in my life to facilitate my own presence in it far more easily and often, I still experience times when I wish I were elsewhere or doing something else (like training). I suspect we can’t get away from that entirely, because we all have obligations. But I do have choices about how I experience my life, even the parts I believe are beyond my control. So I owe it to myself to choose to be present, whether I’m at the dentist, writing, working, or any of the other things I do.

So when I find my mind wandering, or when I start to worry, I make a conscious decision to snap out of it and bring myself back to where I am. There are all kinds of platitudes about how we only have the here and now. I know because I’ve heard them in songs like Up Where We Belong. And if it’s good enough for Jennifer Warnes and Joe Cocker, it’s good enough for me. I’m not perfect at redirecting my attention, but I’m getting better with practice. And that’s its own kind of present.

Do you have a tendency to “leave the building” at times? How do you bring yourself back to yourself? Post your observations to comments.