Some of the best training techniques aren’t anything new. Forced reps, pause reps, and giant sets are still around and kicking for good reason, and supersets are on that list as well. Altering intensity to optimize progression should be the goal of any lifter, and supersets fit that role nicely. They can be implemented in limitless unique combinations, and have a host of benefits. All you need is a little knowhow to set a few parameters, and then just get to work.

The traditional superset is a series of two sets performed back to back for agonist/antagonistic muscle groups with little to no rest. A traditional example would be a set of flat bench press followed immediately with a set of bent-over barbell rows. Other common combinations include barbell curls coupled with cable triceps press downs, shoulder presses coupled with pull ups, and leg curls paired up with leg extensions. 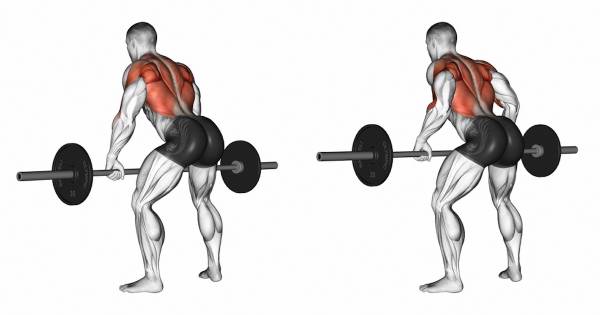 Supersets aren’t to be confused with compound sets, which are two back-to-back sets performed for the same muscle group, such as dumbbell chest flies immediately followed by bench press. Compound sets are much more taxing to a specific area, and require their own set of parameters.

Trisets and giant sets are two other related techniques. A triset is a group of three sets done without rest, and a giant set is simply more than three sets done without rest. Giant sets can also be classified as a circuit. These techniques are worth mentioning due to their commonality to supersets, but supersets are unique in that they elicit a very specific training response.

Why Your Sets Should Be Super

The initial benefit of supersetting is the time factor. By essentially doubling the amount of work done each set, you will reduce your time in the gym. Where you would be resting after each regular set of an exercise, with a superset you utilize that time for another exercise. Supersets are also an efficient way to increase intensity without adding time to your training. And since you’re performing sets with opposing muscle groups, you avoid overtaxing any particular area with the increased intensity.

Supersets are also a great way to achieve the coveted pump. You’ll feed the entire engaged area with oxygen-rich blood, and stimulate more nervous system activity. When one muscle contracts, it will force the opposing muscle to relax. This will, in turn, speed intra-workout recovery for a more effective workout.

With straight sets, it’s easy to fall into the trap of being distracted. By resting for a minute or more between sets, you open the door to lost focus and intention. Supersets keep you busy, so you have no time for distraction or to overthink your next set. You simply go and don’t stop until you’ve completed your workout.

There’s a little more to performing supersets than just banging out a couple of sets. To get the best out of your superset experience, you’ll want to visualize both sets as one series. For example, if you’re about to go from bench press to bent-over rows, think of the two sets as one, and then rest briefly after that series. Also, try not to rush between sets. For your second set of the series, set yourself up on the exercise, take a few deep breaths and get your mind into the next movement.

Traditional supersets have you choose exercises and rep schemes most common to hypertrophy workouts—8-12 reps or so. But you may optionally go through a series of rapid, high-rep sets designed to burn out each muscle group. This type of superset will not only provide benefits of hypertrophy and muscular endurance, but also a massive metabolic boost. No need to do a separate cardio session; exhaustive supersets have the ability to strip away fat and get you in crazy shape.

Below are a few superset pairings that are optimal for burnout-style workouts. Remember to mentally focus on each exercise without haphazardly and carelessly moving from one to the other. Each pairing is designed to exhaust opposing muscle groups without overtaxing your central nervous system, which can make you lose your ability to stabilize and correct your form.

Starting out as a scrawny 125lb kid at 6’2,” Brad took up weight training at the tender age of fourteen and ended up a 220lb competitive, drug-free, natural bodybuilder several years later.

He now publishes through his blog, and armed with both knowledge and muscle, he has helped countless individuals domestically and abroad.

Brad is a veteran of the Air National Guard and proudly served on several deployments including Afghanistan in 2003. He served a total of 21 years. However, upon coming home from Afghanistan, Brad was diagnosed with Hodgkin’s Lymphoma (2004), an immune system cancer which both his brother and father were survivors of prior. He went through nine months of chemotherapy before a full recovery and eventually found his way back to the bodybuilding stage.

Brad writes for several publications on the subjects of training, nutrition, supplementation, motivation, and everything cool. With a “keep it simple” mindset, drug-free approach, and ability to help people go from scrawny to brawny, Brad’s experience, education, and know-how have influenced people from all walks of life.

Brad has a son with his wife Courtney.