The New York Times has once again stirred the proverbial pot in the yoga world with its recent article entitled The Mindfulness Backlash. The article is about the apparent controversy over the use of mindfulness practices in increasingly large populations. It highlighted opinions from various individuals and organizations who would rather keep their practices out of the hands of groups like “the one percent” and the U.S. military.

Most people who take up mindfulness-based practices for stress relief are not true Buddhists. The question, then, is are they using meditation for harm? Can mindfulness and meditation actually cause negative effects instead of positive ones?

Those who oppose mindfulness-based practices for daily life are concerned their forms of spiritual practice are being stripped down, evaluated scientifically, and applied sectarianly strictly for benefits such as greater efficiency at work and reduced stress. The Times summarized an argument written by Michael Stone for Salon saying, “It shouldn’t, he argued, be used to make members of the world’s biggest military better at killing.”

Similarly, opponents to mindfulness-based practices in corporate America argue against what is – at its heart – a spiritual exercise being proposed to reduce absence for sick leave. There is a small but vocal component of the meditation community who simply feel those people at the top of the one percent who do not embrace the totality of Buddhism or transcendental meditation should not employ the practice for their own means. In short, many people take issue with meditation based on universality and nonviolence being used to contribute to a system that is essentially ego-driven and at times violent.

You may fall into this category. You may live a life that, from the outside, does not appear to be Buddhist, transcendental, or related to other forms of Eastern religion. You may go to work every day, hit the gym, run errands, juggle a social schedule, and come home to meditate for the sole purpose of making your hectic life a little easier. Have you “hijacked” a spiritual practice and employed it for selfish means?

My short answer to the previous question is: no, you are not using and abusing meditation if you have specific, sectarian goals in mind for your practice. We don’t selectively choose the results we get from living a more mindful life. Sure, it may make us more efficient workers and less likely to lose control in a combat situation. But, mindfulness and meditation does so by reducing our stress, helping us become more self-aware of emotions and feelings, and teaching us to tune in to default mental processes. These things, ultimately, may make us better spouses, parents, and members of our communities. As we all know, we don’t get to just choose one benefit and turn off all the others.

Many people show up to my yoga class each week simply to get stronger, lose weight, increase flexibility, or reduce stress. For me, the yoga path is much more than the sum of those parts, but I’m still happy to have them in class. If nothing else, I’d love for them to receive the benefits they are seeking. In the best-case scenario, if students are open to the wider benefits of the practice – living according to a personal and social code, reduction of distraction, and even ultimately union with all beings – those benefits may come to them as well. 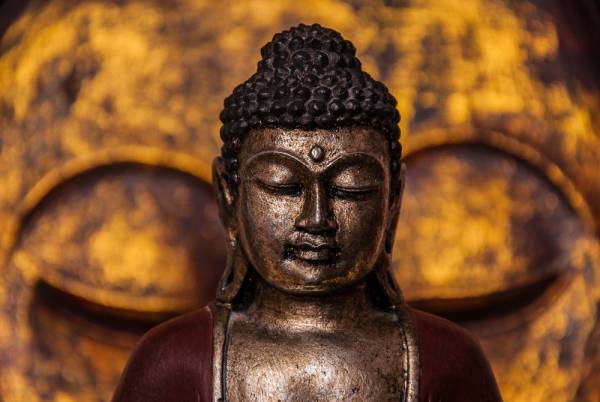 A CEO who takes up meditation to train the brain for more efficient multitasking may also discover she has become a more compassionate mother by becoming more aware of her emotional landscape. Soldiers using meditation may be less likely to commit unnecessary violence, less likely to experience PTSD, and more likely to transition back into civilian life in a healthy and productive way.

Ultimately, whatever the reason people start getting more mindful, they will likely discover a greater range of benefits than they initially imagined. Meditation was not designed by a group of people seeking certain benefits. People started meditating, and they discovered truths about the human condition as a result. We should allow all individuals the freedom to explore this same path without restricting them to a specific end game.

The Real Dangers of Meditation

All that said, there are some true dangers of exploring the mental, emotional, energetic, and subconscious landscape through meditation. Individuals with an unstable mental condition may be putting themselves at risk of a dissociative experience. Similarly, individuals can experience past repressed trauma, either in a flashback state or as a memory, and great harm can come as a result.4

For this reason, meditation should not be prescribed as a cure-all practice for people who experience a wide and complex array of personal challenges. Many meditation centers have psychiatrists on site to deal with any issues that may arise, and wise teachers will be aware of stage-based behavioral therapy.5 While meditation can pose risks if introduced too early, mindfulness in general is a safer introduction into self-awareness. Activities like mindful eating, mindful walking, and general awareness techniques can be helpful tools in early stages of recovery.

Julie first discovered yoga and meditation as a teenager, using it to enhance sports performance. These tools helped Julie perform at the collegiate level, earning All-American recognition for springboard diving and first team All-Region accolades for soccer. Her passion for developing peak performance lead Julie to a bachelor's degree in Psychology from Union College and master's degree in Exercise Physiology from Northern Arizona University.

To further strengthen her studies, Julie spent 33 days of silence learning Kriya Yoga under Swami Janakananda and traveled to India to meet her guru, Swami Satyananda. She continues to study with Shiva Rea and Sianna Sherman and finds ongoing inspiration from her parents and her husband, Matt.

Julie uses yoga, visualization and yoga nidra (a yogic sleep method) to help professional athletes reach their greatest potential. She has worked with the US Women's Volleyball Team, the US Cycling Team, the USWNT in soccer and a wide range of individual, professional athletes. Julie has served as a lululemon ambassador since 2007, was named as one of "8 Angelenos You Should Know" by LA Confidential Magazine in 2011, has developed two iPhone yoga applications and looks forward to every day as a yoga teacher and, always, student.