Krista Scott-Dixon is not to be pigeonholed. She is a nutrition, health, and fitness coach with a doctorate in women’s studies who lives with “one happy husband and a few surly goldfish” in Toronto, Ontario, Canada. She works with people on their specific wellness issues, but maintains a bigger picture perspective on what health and fitness mean and how they best manifest themselves in our lives. She is passionately serious about providing useful information that enhances lives, and she is one funny f*cker.

I first met Krista in 2009, in the grappling world, where she is a blue belt, and I have been a fan ever since. I had the opportunity to interview Krista, and her responses by turns amused, enlightened, and resonated completely with me. Read on for her insights – and a different way to think about the sphincter.

Krista finds it difficult to describe what she does:

Sometimes I say “I’m a coach.” Sometimes I joke that I work for the Bureau of Headspace Adjustment. Honestly, what I’m really thinking is, “I change lives.” But that sounds un-utterably pretentious, even though it’s true. I research, I write, I create stuff. I coach people. Officially about nutrition, health, and fitness. Unofficially, I get into their heads and rip their spirits out through their belly button. Then I polish up those spirits, hand them back, and send folks on their way, much improved and happier. The only side effect is slight existential nausea during the process.

Krista’s main job is as Lean Eating Program Director with Precision Nutrition. But that doesn’t accurately describe her work, either. As she explained, “Because usually what I’m doing is cooking up new ways to change people’s lives. And occasionally, spreadsheets.”

She also works with the Healthy Food Bank and Spezzatino magazine, a charity she helped to develop and a food magazine that supports the charity.

Further, Krista is the creator and maintainer of the blog Stumptuous, which contains her musings about all things health and fitness related – some as they relate to her own experience and some as they relate to what she’s reading or hearing about in the fitness world. The word itself is a combination of “stumpy” and “sumptuous,” and the blog features Krista’s characteristic humor and passion.

All of these projects are guided by Krista’s definitions of health and fitness:

Health to me means optimal function and thriving – in all possible ways. We give lip service to things like mental health but once you truly achieve a balanced state of health, you’ll wonder what the hell you were thinking when you confined your concept of health to the body. You cannot be healthy without the mind and soul coming along for the ride – and in fact, physiological data show us that in functional terms, your brain is your body and vice versa. 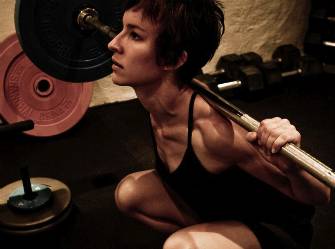 Fitness means “the power to do.” It captures a capacity – to do stuff, which I define very broadly. I like to think of fitness as being like James Bond. Aside from the psychopathology, that guy can do anything – ski, swim, run, do parkour, ballroom dance, fence, fix his own heart attack, and knock boots like a boss. So really, isn’t this an epitome of physical capacity? Skill, strength, power, work capacity, resilience, stress tolerance, flexibility/mobility, focus, mental toughness, and the ability to have physical fun?

Krista’s definition of “fitness” has changed over time:

I used to associate “fitness” a lot more with a particular kind of body. And for some reason, abs. Always abs. As I get older that seems unbelievably idiotic and myopic. Like, really, the sum total of human achievement is abs? A sheet of muscle whose major job is to help us curl into the fetal position? The only muscle more ridiculous to celebrate is the sphincter. Although thinking about it, sphincters are pretty darn useful and they don’t usually give us back problems.

Her changing perspective on health and fitness manifest themselves in her own training and how she orients herself toward her body and her activity:

These days I’m so much into being sane about training, not being part of any movement or club or fad, just keeping it real, loving the iron and doing the occasional crazy shit. Some days you couldn’t even say I was “working out” or “training.” I’m just living life and being active and getting outside or into the gym with my buddies and enjoying living in this body that can do a ton of stuff – none of it exceptional, but kind of more wonderful simply because of that banality.

Her messages are relevant for those of us who want to be fit (able to do) and healthy (functional and thriving) on into our dotage, challenging ourselves but also reflecting in our behavior a respect and love for our bodies and selves.

I think a lot about sustainability. I don’t buy into the ego-driven crap about having to prove myself or “go after my goals” or “strive for excellence.” F*ck excellence. I’m nearly 39 years old. If I was gonna be in the Olympics, I’d know by now. I want to be like my 85-year-old grandma, who is still bashing the hell out of her garden in Northern Ontario, hauling logs, and shoveling bear shit like it ain’t no thang. 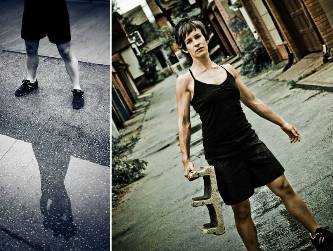 I’ve seen what one hundred percent all the time does to people. I’ve seen what it did to me, and I’m enough of a wuss that I was probably only doing eighty to ninety percent all the time. I fix all the busted bodies and spirits and hormones that come to me from that path. Sure, killing your CrossFit WODs or training grappling five days a week feels awesome now. Come talk to me in six months. Or twelve months. This is a perspective that you just don’t get until you’ve been training a long time. Lots of the fitness writers who were diehard pump-till-you-pukers in the 1980s and 90s are now changing their tune. (Check out Lou Schuler’s latest book, for instance.)

This doesn’t mean that training hard is bad. It means you have to be non-idiotic about it, and understand that your body will adapt slower than you want it to. The purpose of training is to improve, not to crush. For example, I don’t train judo more than once a week. My ribs need time for the osteoblasts to cluster and repair all the cracks where my kidneys tried to escape explosively. Judo people tell me I’m a wimp because of this… as they tape up their busted shoulders, fingers, and feet. I’m still bouncy and elastic, and they look like mummies. So who’s the dumbass?

Krista includes a lot of variation in her physicality, not even conceptualizing it much as “training” any more. She lives actively; a typical week for her includes but is not limited to “swimming, climbing, judo, cycling, walking (yeah, boring, but it rules), grappling, salsa dancing. I actively pursue rest. I’m a big fan of cold water baths! Well, they’re horrible when you’re in them. But they help a ton.” So she pursues physical activity in a way that sustains her capacity to pursue it in the long term. 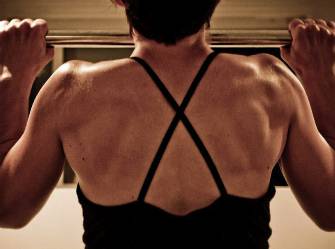 A big part of this sustainability involves healthful eating. Spezzatino, the food magazine she co-created in support of the charity (the Healthy Food Bank) she co-created, resulted from the goal she and three colleagues had, “to create something beautiful, amazing, and perhaps a little unusual that celebrated our love of food.” She further explained:

As with Stumptuous, “It’s really just about trying to make the world a better place. And understanding that there are certain gifts that you share simply because you love them and you want other people to love them too.”

Don’t miss out on more gems from Krista, read part two of our feature interview!