As Krista has evolved as a coach, so has her website Stumptuous, and so has the health industry as a whole. Here she shares her two cents (and her sharp wit) in regards to the fitness world.

In part one of my interview with Krista Scott-Dixon, Krista discussed her definitions of health and fitness. In part two, she discusses the development over time of some of her beliefs and projects, and gives people who take themselves too seriously a piece of her mind! Read on for more wisdom from Krista.

Krista is the creator and maintainer of the blog Stumptuous. Stumptuous has changed over time in that it has grown quite a bit since she started it:

Some days I feel kind of guilty that I’m not updating it as often as I’d like, but then I realize people who can do that have actual staff and a full time focus. There are so many ideas in my head that I still want to share, but just don’t have the time. I try to put it out in dribs and drabs. Like, someone just wrote me to ask me whether I had any new workouts. Sh*t yes. I create workouts in my head like normal people get earworms. I’m always, always thinking about workouts – fiddling with this, or that, or trying something new, or applying my theory to some obscure kind of athlete.

The trouble is putting all that into electrons and getting it on the site.

Some days I forget how relevant it still is. But for most of the world, strength training for women is weird. And women will get bulky. And look like monsters. I mean, women who look even marginally fit get told all the time that they look like dudes. WTF?! So clearly, there’s still a need for it.

Just as Stumptuous and the fitness world itself have evolved, Krista’s beliefs about health and fitness have changed in that she focuses much more on the big picture now.

I’ve seen a lot of fads come and go. (Yeah, I did step aerobics and HIT – high intensity training.) So I try to think about the stuff that links things together – the Big Ideas, if you will. I think the concept of evolutionary fitness is one of the most exciting notions to come along in a while. It offers a grand narrative that is exquisitely simple. And yet, it too can easily become a fad or a caricature if we aren’t careful, just like so many other fitness movements have done before.

Krista likes to take the pulse of what people are talking about in terms of where she goes for her own fitness information and guidance. She doesn’t really follow very many people. Rather, she focuses on the general zeitgeist and sees where the conversation is going.

That being said, I would listen to Dan John or Mark Rippetoe read the phone book. Anything Robb Wolf says cracks me up, then makes me think. I gravitate towards people like that who are smart, irreverent, funny, and extremely pragmatic. They like to play with ideas but eventually they realize that shit’s gotta work for real people, or the idea sucks. 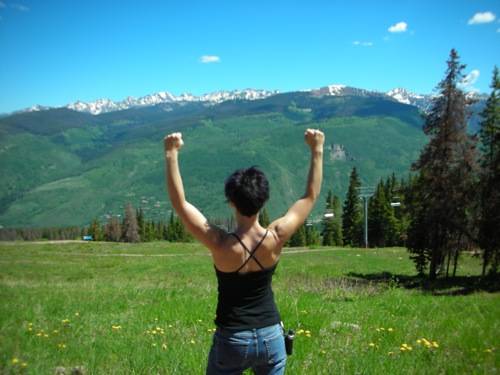 They’re also geniuses at simplifying complex concepts. I’ve seen way too many trainers and “experts” do an information dump on people, or talk way over their heads. The other day, I heard a trainer speaking in acronyms. “Okay, Suzy, now we’re going to do the WQ3 exercise.” WTF?! (There’s an acronym.) No wonder people feel like exercise is somehow out of their responsibility. They can’t f*cking understand their own movements anymore! Whatever happened to just moving some sh*t around in the basement with those sand-filled weights you’d buy at Sears? Or just going outside and walking up a hill? Maybe carrying your shopping? I mean, really.

And of course, I’m blessed with an amazing group of coworkers at Precision Nutrition, with whom I can bounce around ideas about health, fitness, and nutrition.

Ironically I often find the best advice and information comes from outside the fitness industry, because inside the industry can get very circular. You get a lot of people parroting the same B.S. or leaping on bandwagons and then being very snooty about who else gets to be on that bandwagon. I like the cross-fertilization that comes from looking outside.

Along those lines, Krista’s training toward her PhD in Women’s Studies has been hugely helpful to her in her work.

I can’t even name all the ways. All I know is that it’s given me an unbelievable training in assimilating and processing knowledge and ideas. Some days I feel like my brain is full of steaming laser beams. It’s that good. 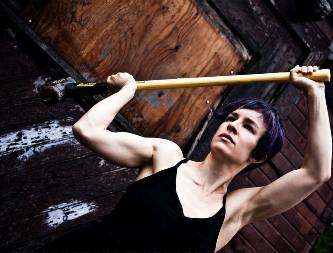 My training was extremely broad. I bounced around from subject to subject a lot. But for me, that was less a sign of distraction and more that my brain is very synthetic. Everything sort of relates to everything else, for me. And it’s hilarious what you pull out at an opportune moment. Third year undergrad class in African cultural production? Awesome – I totally needed that right now! Data analysis? Shit yeah, let’s bust out the stats. Film criticism? Existential philosophy? It’s all there, baby. I have used, at some point, every single thing I have ever learned, usually in weirdly unexpected ways.

Academia itself sucks, but the training you get is incredibly useful. And that also includes things like the Machiavellian politics or the foibles of humanity as manifested through the hundreds of students you teach. You look at life a lot differently once you finish a PhD and work in academia for several years.

For this and other reasons, Krista views her work – and life in general – through the lens of humor.

The world is hilarious. Charlie Chaplin once said that the world is a tragedy in a close-up shot, but a comedy with a long shot. If your life is a tragedy, you’re probably too consumed by minutiae and you’re probably a narcissist. If your life is generally a comedy, it probably means you have an appropriate and healthy appreciation for the fact that the universe doesn’t give a shit about you.

Most people need to lighten the f*ck up, especially people in the fitness and nutrition industry. They mostly take themselves so seriously. Have you seen those f*cking “fitspiration” posters littering Facebook lately? Dear God, did we crush irony under a bench press bar? It’s like a resurgence of fuzzy kitten “Hang in there” or Garfield “I hate Mondays” posters. Seriously, it’s like some horrible hybrid of Family Circus platitudes and Derek Zoolander throwing Blue Steel. 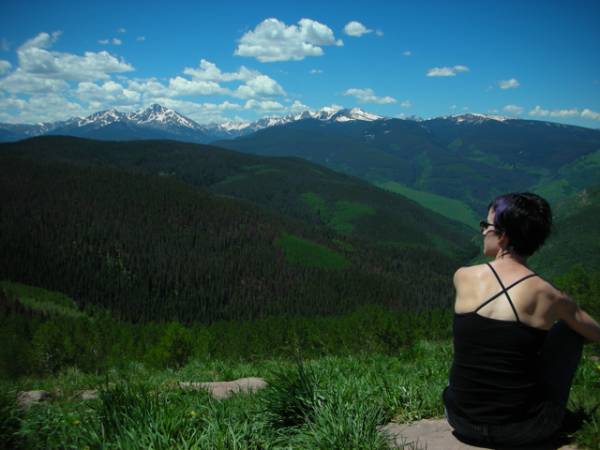 At the moment, Krista is working on any number of cool things, including a coaching certification – “a year long program for coaches to learn how to coach. Because nobody ever trains you how to coach, right? You just sort of figure it out. So I’m trying to make this industry better by training people how to be good coaches.

This is consistent with the quote she would choose to encapsulate her life: “Be the change you want to see in the world,” from Gandhi.

As Krista continues her own fitness and health journey, she makes room for the possibility of additional transformations and new directions: “I never could have expected I’d be where I am now. A career in health and fitness when I bombed out of gym class my whole life? It’s nuts. (Soon they will find out that I am an imposter, but ‘til then, ha! I have them fooled!) Throughout my life, I’ve just wanted to help people and make the world better.”

If you missed part one, be sure to read Consistent Goals, Evolving Headspace: Interview with Wellness Expert Krista Scott-Dixon, Part 1.