Could Head Trauma Bring an End to Football?

Nothing can bring down the NFL. Nothing except a lack of players to fill the shoes of the current ones. Would you let your kid play football?

Like many Americans these days, my favorite sport to watch is football. The warriors of the gridiron only seem to get bigger, faster, and stronger, and the game more athletic and exciting as a result. Football is by far the most popular sport in the country and it seems incomprehensible that anything could stop the juggernaut that is the National Football League (NFL).

So the other day, I was floored by a statement my colleague (who played professional football) made: “I think football is in trouble in the long term.”

Surely, nothing can bring down the NFL. That is, nothing except a lack of players to fill the shoes of the current ones. “I wouldn’t let my kid play football,” my coworker said. “So, who is going to be playing college and pro ball ten years from now if parents these days aren’t letting their kids play football?” he asked me. It’s a good question.

Make no mistake: football is currently America’s national pastime, as well as America’s national obsession. The NFL is the most profitable professional sports league in the world, to the tune of more than nine billion dollars annually. As consumers, we have an insatiable appetite for our Sunday football fix. Of the fifty top rated sporting events in 2013, an astounding 46 were NFL games. As the title of a recent documentary suggests, we are The United States of Football.

The Specter of Head Trauma

It appeared nothing could possibly shake the mighty pillars of college and professional football – until now. Enter the head trauma discussion that has been grabbing an increasing amount of media attention in recent years.

Current and former players are making a lot of noise about this issue. In 2013, the NFL settled a class action lawsuit with over 4,500 former players for $765 million dollars. While the NFL admitted “no admissions of liability or weakness claims” in the settlement, we now know one thing for sure – football is dangerous.

We can debate who is responsible for the head trauma suffered by football players – coaches, owners, commissioners, or players. What isn’t debatable anymore is that football is bad for your head. The average life expectancy for an American male is almost 78, whereas former NFL football players live on average only until their mid to late fifties.

It’s not just NFL players that are garnering media attention, but the sport of football itself, and particularly the potential dangers to our youth. The Obama administration thinks it’s such an important issue that a special commission on youth sports safety was recently held at the White House. Barak Obama himself weighed in on the issue, telling The New Republic that if he had a son, “I’d have to think long and hard before I let him play football.” I’m guessing if the president is paying attention to the issue so are main street moms and dads. 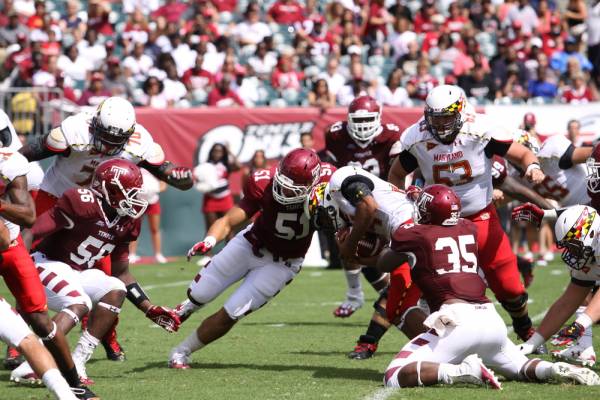 Getting Hit in the Head – Is It a Smart Thing?

This query seems almost laughable when you read it out loud. Who thinks getting hit in the head is anything but a bad idea? You only have one head, and how you use it is pretty darn important in the grand scheme of things. We now know the dangers of concussions on the human brain. Multiple concussions are known to lead to the brain degenerative disease known as chronic traumatic encephalopathy (CTE). CTE is linked to symptoms including memory loss, dementia, and depression.

If you want to participate in a sport where head trauma is a risk, then that should be an adult decision. Should you make that decision for your kid? Not having a child, I’ll leave that one up to the experts – parents.

Still, dangerous or not, some of us are still going to elect to play football, study martial arts, or play other contact sports. I will never forget the look of the doctor who examined me after I ruptured my second eardrum boxing – a mixture of disbelief and scorn. While I understood the doctor’s disapproval, we all have a thing. Whether it’s football, soda, booze, mountain climbing, or driving fast, none of these things are particularly justifiable as it relates to our health. But when it comes to our passions, safety doesn’t always enter into the picture. However, those are adult decisions to make.

As a coach for novice and amateur level boxing, I tell students that if they want to learn the craft of boxing it involves getting hit, a lot. Kids can learn technique in boxing, just like they can learn technique playing flag football, but if you want to excel at either sport, hitting and getting hit are the most important elements of proficiency. So, knowing what we know about head trauma, should kids be putting on boxing gloves or football helmets? Probably not.

The Future of Football: American or Association?

I used to joke that if God wanted us to play soccer he wouldn’t have given us hands. All joking aside, God also gave us a head and God wants us to use it – and not to ram things with.

While soccer might not have the hard hits or gladiator-type appeal, soccer is also far and above the most popular sport in the world. 36 of the top 48 professional sports leagues worldwide are association football (soccer) leagues. Will America follow suit and become obsessed with a different and safer type of football? I highly doubt it. Besides, soccer players suffer concussions, too, by hitting their heads with soccer balls. 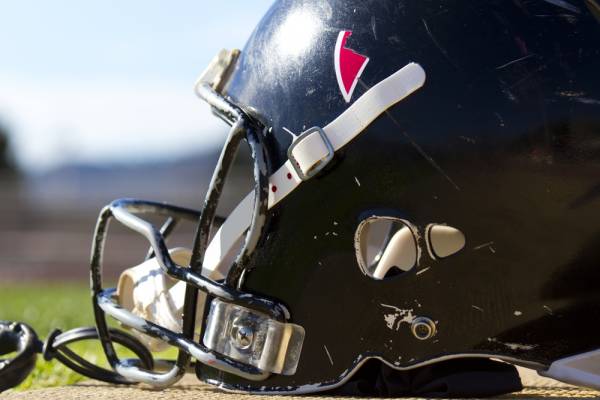 The Future of Football and Our Youth Athletes

According to the Sports and Fitness Industry Association, which conducts surveys about participation in youth sports, football still reigns supreme. Football is tied with basketball as the top youth sport for boys with 40% of adolescent boys playing the sport. However, high school football participation is declining while soccer is growing. Between 2008-9 and 2012-13, high school football participation dropped 2.3% while soccer grew by 7.4%. Are we finally catching up with the rest of the world? Again, it’s doubtful. Despite the dangers, football isn’t going anywhere.

There may be a slight decline in the participation of football, but more so than injury concerns, that’s because there are other options nowadays for kids. From Facebook to lacrosse, kids have myriad options for their extracurricular time. When asked why they quit a sport, both boys and girls overwhelmingly cited that they “weren’t having fun.”

We love football as a society. It’s hard to have a passion for watching the game and then convey to your kid that it’s a bad thing. People get hurt playing football, both in the moment and in the long run. Like many facets of society, we polarize and simplify the blame game into someone else being at fault.

The reality is we’re all at fault. As a society, we passionately support a sport that is inherently dangerous. That doesn’t appear to be changing any time soon. In the meantime, it’s play at your own risk – and consider who’s making that choice for your child.

2. Juliet Eilperin, “Obama to Host a White House summit on growing concerns over sports head injuries.” The Washington Post, May 28, 2014