Neck and head injuries can result in dire implications. The topic has gained much interest recently due to the increased documentation of debilitating cervical spinal injuries and concussions, particularly in American football. When compared to ankle, knee, or shoulder injuries – although serious, but less life threatening – cervical spine and head trauma go to the top of the list of importance.

Neck and head injuries can result in dire implications. The topic has gained much interest recently due to the increased documentation of debilitating cervical spinal injuries and concussions, particularly in American football. When compared to ankle, knee, or shoulder injuries – although serious, but less life threatening – cervical spine and head trauma go to the top of the list of importance. And it’s not just American football as the focal point: soccer, MMA, rugby, auto racing, and other combative and cervical-spine/head compromising activities need to be scrutinized when it comes to these anatomical areas.

The aforementioned sports have been around for quite some time. Why all the attention to their potential dangers, now? I believe it’s pretty simple – improved training programs and lighter (or non-existent) protective equipment have resulted in a more risky physics equation. Greater speed and force production via enhanced conditioning programs coupled with lighter-weight protective equipment (with less restriction, allowing more freedom of movement) equates to a greater amount of forces and speed that need to be dissipated on either the giving or receiving end. Simply stated, a stronger and faster athlete who generates greater force and speed can either compromise himself or his opponent if either party is physically incapable of absorbing the generated forces.

Enter many high school or college weight rooms and take an inventory of the equipment: a plethora of benches, squat racks, platforms, dumbbells, barbells, and weight plates abound. How many neck machines do you see? Usually none or maybe one. Ask the strength and conditioning coach, head sport coach, or athletic trainer what the neck and head training protocol is above and beyond their limited or non-existent equipment. Often the answer is nothing, or possibly something posted on a wall or dry-erase board. Whatever the case, it’s either not performed, done sporadically, or executed in a perfunctory manner because it’s not a priority.

In today’s day and age of more knowledge and a greater propensity for filing a lawsuit, it’s sad that one of the most vulnerable areas of the human body is either totally neglected or given only a cursory sniff of attention. If you sprain your ankle or shoulder, you miss a few weeks of competition. If you injure your cervical spine, you could find yourself confined to a wheelchair for the remainder of your life. 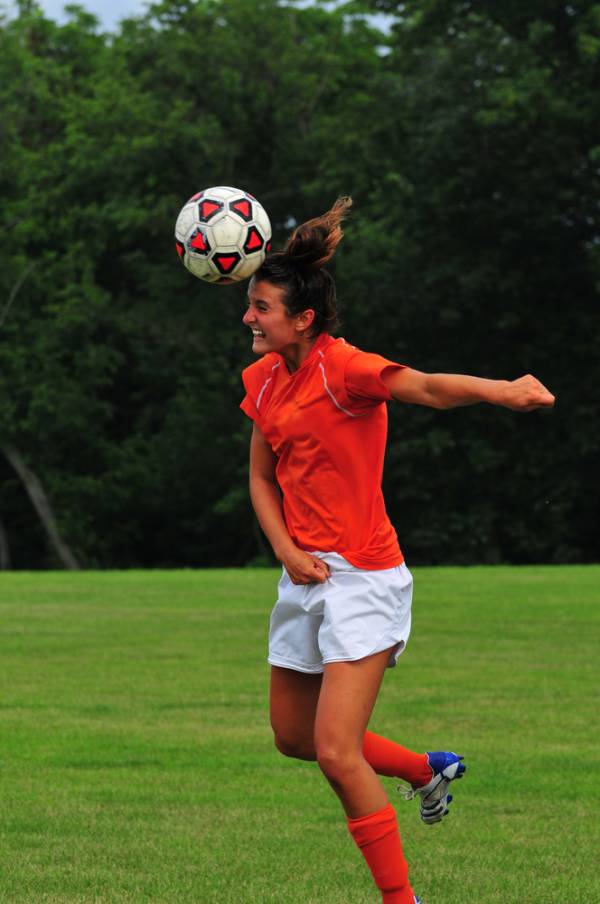 The previous grim information aside, how should coaches, trainers, and administrators address the importance of neck and head training? Simply give attention to these two areas:

And remind your athletes (and yourself, perhaps) that head and neck training should not just be a “guy’ thing. Females also run the risk of neck and head injuries. Fortify that cylinder the head sits atop of regardless of gender.

If you do not have a program in place that addresses the potential of neck and head injuries, for yourself or for your athletes, I have listed below seven links that can help you get it right. The information provides both neck and head education and simple guidelines for constructing workable programs: