A 2004 study published in the Journal of Applied Physiology opens with an intriguing story. One day in 1984, a Miss Emily M. Brown squeezed a rubber bulb as strongly as possible with her left hand. She then spent the next thirteen days training her right hand, performing ten maximal contractions each day. When the strength of her left hand was measured again on the thirteenth day, it had increased by 43%.

Seeing as Miss Brown had only trained her right hand, the authors of the report could only conclude that somehow the training of the right hand had created strength gains in the left.

Miss Brown, though she was probably unaware of it at the time, was doing what we now call unilateral training. Training limbs individually, rather than engaging both sides together, is a popular and highly beneficial technique. Unilateral exercises are now widely recognized as an important part of any strength-training routine. Read on to learn why.

While this seems strange – logic says two working together should be stronger than one – myriad studies have confirmed this phenomenon of “bilateral deficit.” No one knows why this is true. What we do know is that working the individual limbs through unilateral exercise can reduce bilateral deficit .

Everyone has a weak side. In fact, studies have shown that strength differences between limbs can be as high as 25%. Bilateral training allows your dominant side to compensate for your weaker side, hiding imbalances that could later cause injury.

Unilateral exercises allow you to train away these asymmetries. When doing these exercises, start with the weaker side. After working that side to fatigue, do the same number of reps on the stronger side. While you won’t be working to fatigue on the stronger side, you’ll be bringing the weaker side up to meet it, enabling you to strengthen both sides equally as you go forward.

“When doing these exercises, start with the weaker side. After working that side to fatigue, do the same number of reps on the stronger side.”

Part of this is thanks to the phenomenon discovered by Miss Emily Brown and her rubber ball. The authors of the 2004 study reached a similar conclusion to the 1984 study, discovering that when one limb is trained unilaterally, the untrained side experiences strength gains amounting to around half of those on the trained side. Other studies have found strength increases in the untrained limb ranging from 8% to as high as 22%.

So even as you strengthen your weaker side, your stronger side benefits. Meaning, you won’t lose out despite the fact you’re not bringing the stronger side to full fatigue. This concept also comes in handy in the event of injury. Even if one side is out of commission, unilaterally training the other can help improve strength in the injured limb. Just don’t overdo it to the point of causing major imbalances.

The researchers concluded that “trunk strengthening” can be a side benefit of performing exercises unilaterally. Another study on core muscle activity in various types of resistance exercises definitively concluded that for those seeking to strengthen their core, unilateral exercises were superior to bilateral exercises. Developing these core muscles is important for developing balance and stability, protecting your spine, and cultivating integrated, functional strength. 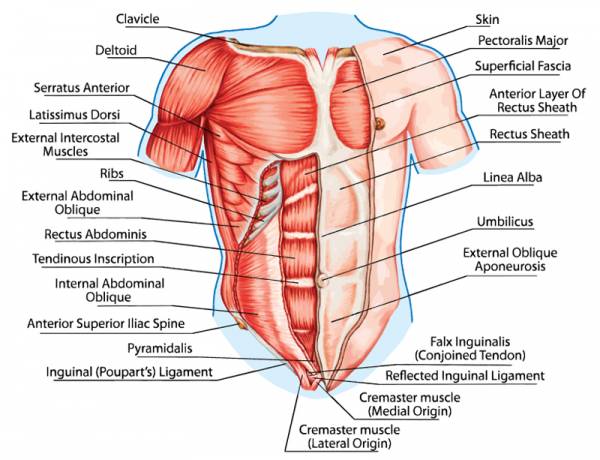 Our athletic and day-to-day activities rarely require bilateral movement. Kicking a soccer ball is a unilateral movement – balancing on one leg while the other applies force. Carrying a grocery bag is typically a one-handed operation. Even walking and running are, at their core, unilateral movements – one foot and then the other.

Try working these unique unilateral bodyweight exercises into your program. Remember: work your weaker side to fatigue, then do the same number of reps on the other side. Repeat for 2-3 sets on each side.

Holding up the weight of your body through one-side of your upper body engages the muscles of the chest, shoulder, and arm in new and dynamic ways. Be sure to keep your body parallel with the floor to engage the core muscles. Your breathing should be steady, slow, and even throughout the exercise. If you’re losing your breath, you’ve gone too far.

By altering a normal push up by placing one arm on the ground, you’ll shift the focus to the pec, dramatically increasing the difficulty for one pec muscle. Inhale to lower and exhale to push back up.

Balancing on one leg turns a squat into a killer experiment in stability. You’ll cultivate core strength and balance while totally burning out your legs. Don’t worry about going all the way down at first. Start at halfway and then go lower as you build strength and balance. Inhale to lower and exhale to rise.

Because you have to recruit extra muscle fibers to maintain your position on the stability ball, this exercise creates serious strength through the glutes. As with any balancing exercise, focus is key. Keep the breath steady, even, and calm.

If you have questions about any of these exercises, please post them to the comments below. Give them a try and let us know how it goes!

Todd Kuslikis is the founder of A Shot of Adrenaline and is devoted to helping men build muscle using only bodyweight exercises. Todd’s first exposure to the world of calisthenics was during his Kenpo karate training in college. He saw individuals with amazing physiques performing unique bodyweight exercises he had never seen before. After learning this type of training, he became addicted to the freedom, enjoyment, and results that bodyweight exercise delivers.