Creatine Isn’t Going to Kill You

Clickbait headlines and weasel-worded studies aside, the science on the safety of creatine is clear.

The paint was still fresh on the “Welcome to 2017” sign when several major news sources decided to kick off a fresh New Year with stale old news:

The paint was still fresh on the “Welcome to 2017” sign when several major news sources decided to kick off a fresh New Year with stale old news:

These articles are a response to a study published in the journal Pediatricswhich found that two-thirds of health store representatives (think GNC and Vitamin Shoppe) were recommending creatine to an adult male caller who claimed to be 15 years old.1

The central claims are that creatine is not safe, parents are ignorant, and unscrupulous supplement salesmen lead unwitting teens to blindly consume this dangerous substance. These articles are perfect examples of both common misconceptions about creatine and poor media reporting on fitness issues, so let’s break down the claims.

“Creatine Is Labeled as Unsafe for Teens, but They’re Still Selling It!”

Despite every article’s insistence, there is no warning label on pure creatine products that forbid its use for teens. When faced with a striking claim, it’s important to remember how lucky we are to live in the modern era where, empowered by the internet and common sense, we can do our own fact-checking.

A quick Google search would verify that the top products on the list come without the dire warnings these authors suggest. One of the top three (MuscleTech Platinum Creatine) makes no mention of adolescents, while the other two contain only the general disclaimer to “check with a qualified health care professional… if you are under 18 years of age.”

This is also false, though there is a grain of truth to it. A quick look into PubMed reveals at least four studies on short-term creatine intake in athletic teens, showing modest performance increases with no reported side effects besides slight water-weight gain.2, 3, 4, 5 It has also been used as a long-term treatment (>4 months) or aid-to-treatment in adolescents with leukemia,6 post-tramautic-brain-injury headaches,7 and Duchennes muscular dystrophy,8, 9 again without side effects. This is certainly not enough to declare creatine universally safe for adolescents, but it’s certainly been studied and the results align with those found in adults.

Any time you’re faced with the line: “No one is talking about this,” or “No one has ever studied this,” ask yourself this question: “Is it likely…?” In this case, “is it likely that no one has investigated one of the most popular sports supplements on this planet and its effect on competitive teenage athletes?” If the answer is ‘no,’ then consider it skeptically.

“How Dare You Defy the Experts!”

This sentiment is expressed in every article, and the American Association of Pediatrics does recommend against performance-enhancing supplements for youth, including creatine. However, be wary any time someone shouts: “Experts agree!” Consider these recommendations in light of the bigger picture: 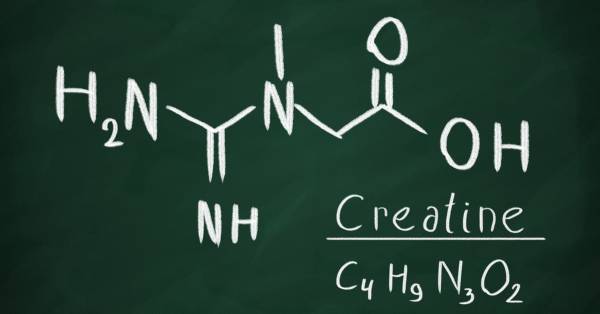 “Kids Are Using It Even More Nowadays!”

This idea comes from the NPR article on the topic and is both a scare tactic and an argument. It implies that creatine is a health epidemic waiting to happen, its horrors hidden by the fact that kids didn’t use it much in the past. Unfortunately, the article cites a study that doesn’t actually say that. The study took an unrepresentative sample: all drawn from 1 state, “almost 20% Asian youth,” and “largely of lower economic status.”11 So any comparison to previous national studies is impossible. The study itself cites previous work which suggests steroid use among adolescents today is half of what it was at its peak in 2000-2002 (creatine use was not investigated in the cited comparison studies, which is another issue entirely).

I don’t necessarily blame the journalist here, who likely only read the study’s abstract, because the authors of the study misrepresented their results, saying this in their abstract:

“The use of muscle-enhancing behaviors is substantially higher than has been previously reported and is cause for concern.”

Weasel-wording of this caliber is unfortunately common in this field, since research often won’t get published if it’s not novel or interesting. There is only one response: if you can’t read the full content of the study or get a review from someone you trust, tune out the instant you read the phrase “a study says…”

“It Could be Adulterated With the Real Dangerous Stuff!”

Unfortunately, this does happen with some supplements. However, it is radically uncommon for creatine. Several investigations into powdered creatine monohydrate show minimal detectable organic contamination, and most of that is creatinine (creatine which has broken down and is not effective but is harmlessly processed by healthy kidneys).12, 13 Also, with over a quarter of college athletes using it (and relatively few drug test fails), it seems unlikely that adulteration is terribly common when sticking to reputable sources.

“Be careful, but you’re probably all right” doesn’t make for great clickbait, so news sites ‘spice up’ the potential risk. The CNN article gets a dishonorable mention for using this sort of scare tactic. A video at the top of the page opens up with this line:

“More Americans are taking dietary supplements, and according to a new study by federal health experts, many of them are ending up in the emergency department!”

Gasp! However, the video is completely unrelated to the article, discussing the results of an entirely different study measuring emergency room visits for all supplements. This included herbal supplements and diet pills, which account for the vast majority of supplement-related ER visits and which are notorious for adulteration and false content labeling. Dramatic? Yes. Relevant? Not really.

The only way to get around this is to be skeptical of generalities. If the author uses “supplement” instead of “creatine,” why aren’t they being specific? If they cite a study and don’t link it, what are they trying to hide?

It is human nature to outweigh losses over gains, and to fixate on the uncommon anecdote over the banal statistic. It’s how people can be terrified of shark attacks yet fail to check their rearview mirror when changing lanes. Dr. Ruth Malanaik, the lead author of the study that inspired these articles, expresses this sentiment well: “There’s no need to rush the game of muscle mass, which can be added slowly and healthfully through clean living, a good diet, and exercise.”

Tell that to a 17-year old kid fighting for a college scholarship or a state championship. Tell them they shouldn’t take creatine because their goals of becoming a world-class athlete are ‘rushing,’ and they need to ‘take it slow’ despite the competition. Tell them that, even though there’s no evidence that creatine will harm them. Good luck.

A physically mature and active high school student is far more likely to suffer an ACL tear, broken bone, or concussion while playing their sport than to be hospitalized by creatine. The evidence shows that creatine provides a small reward with incredibly low risks. Instead of shoving our heads in the sand and giving an unconditional “No,” why not address the issue like mature adults and minimize what risk there is? If you have an athlete who comes to you asking about creatine, my recommendations lie close to the ISSN’s:

On The Media and Not Being Lied To

As for reading media reports on health, there are no easy answers. Studies can be biased, and even when study authors report their findings clearly and accurately, the telephone game virtually guarantees the final result will be a bungle.

Most mainstream health columnists are not informed science professionals but journalists and English majors who, though well-meaning and skilled at their craft, don’t have the time, background, or interest to present an informed challenge to their sources. Even having an M.D. as an author doesn’t guarantee the article will be nonsense-free (I’m looking at you, Forbes).

I’ve written before about sifting through media nonsense, but the more I read, the more I’m convinced that your best bet is to skip the major news sources entirely when it comes to health and fitness. Find reputable, informed professionals you can trust and sources that care about the facts. Get used to reading long-form articles rather than short summaries, which are often too short to contain the nuance and context a subject deserved. Above all else, be skeptical.

More reasons to ignore the media:

Nobody Is Doomed to be Fat