Debunking the Myth of Fasted Cardio

You might have heard doing fasted cardio can accelerate fat loss, but the real trick might not be as sexy as that.

Maybe you have told a client before (I know I have) that doing fasted, low-intensity cardio early in the morning can help accelerate fat loss. Perhaps you have seen the claims online, as well.

It all certainly sounds legit and is based on sound, factual premises:

The Power of Bayesian Inference

Borrowing from all of this, if we want to maximize fat loss for ourselves or for our clients, an effective plan of attack would be to prescribe early morning fasted cardio for about 45 minutes to an hour at a time.

See what I did there? I took some science, coupled it with some of my own inferences about those processes and I came up with a theory.

READ: How to Read and Analyze Research Like a Pro

Say I have personally had success with this method, as well as with some of my clients. Now I am adding data on top of beliefs and probabilities. My inclination to believe the efficacy of this method grows stronger as my understanding of the science behind it is reinforced by my own experiences.

“Thermodynamics and digestion are things you can learn about for free on the Internet, but I guess that stuff is a lot less fun to talk about on your gym’s message boards.”

This is called a Bayesian inference. As humans, we do this all the time to assess and qualify data alongside our own experiences. It is an almost instinctual way to look at and assess the world around us. 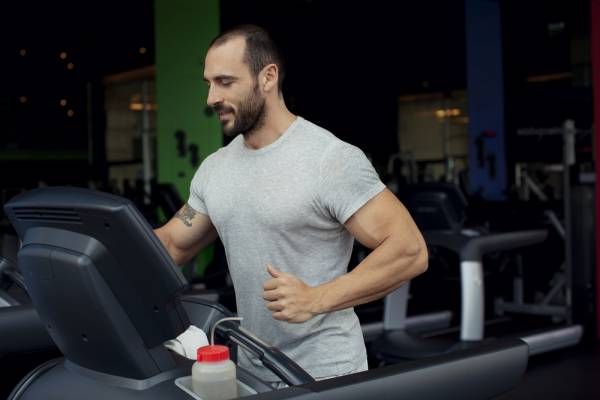 Taking Fat Loss to the Lab

When nutrition experts Alan Aragon and Brad Schoenfeld recently teamed up with some colleagues to test the theory of fasted cardio in a lab setting, they sought to remove personal bias from the equation. Forget about what we might think is happening when we work out before breakfast. What is the true nature of a metabolic environment conducive to fat loss?

RELATED: Starvation Mode: How to Make the Fasted State Work for You

In a study for the Journal of the International Society of Sports Medicine, twenty young females, all healthy and with recent aerobic training experience (but not resistance training) were divided into two groups. All participants were prescribed the same calorie-restricted diet along with the same steady-state cardio routine. The only variable was that one group (FED) would be given a shake before performing cardio, while the other (FASTED) would wait to consume the shake post-workout.

The controls used in this study are important for two reasons:

These two elements help control for what could potentially be two very biased conclusions.

RELATED: First Rule: Do Not Talk About Intermittent Fasting

So what did Aragon and Schoenfeld’s team find? Everyone lost fat, but it had nothing to do with fasting or not fasting. Consistent with the First Law of Thermodynamics, shifting a person’s energy balance so that expenditure exceeds intake seems to be the most conducive environment for fat loss. It seems what the participants benefitted from the most was the presence of supervised dietary restriction and mandatory exercise. 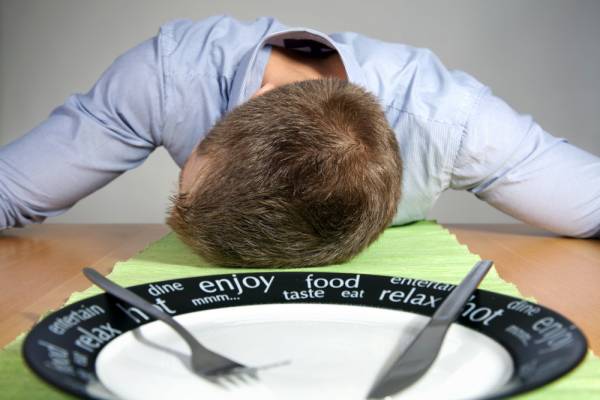 I know these are not the types of results we like to hear in this industry. Talking about the ins and outs of calories is unsexy compared to something as bright and ultra-sciencey-sounding as insulin-mitigated fat oxidation.

“Consistent with the First Law of Thermodynamics, shifting a person’s energy balance so that expenditure exceeds intake seems to be the most conducive environment for fat loss.”

We like to talk about super-ultra magical fat loss and grain-melted brains and whatever the hell else is in bookstores these days. Thermodynamics and digestion are things you can learn about for free on the Internet, but I guess that stuff is a lot less fun to talk about on your gym’s message boards.

RELATED: The 3 Pillars of Fat Loss

So what is my Bayesian inference from all of this? Anything you do, or that you do for your client, that causes a safe imbalance in intake and expenditure will precipitate in fat loss. Success in the methods you choose will be dependent upon adherence to the program and how conducive it is to that person’s lifestyle. That’s it.

Skip your cereal before you row in the morning, or don’t. Whatever you do, just try not to eat too much of whatever it is. Ain’t nobody got time for that much rowing.

2. Hargreaves, Mark. “Fuels for Exercise.” Exercise Physiology: Understanding the Athlete Within. The University of Melbourne. 2014.