For some people, the lack of sunlight during the fall and winter can lead to feeling seriously blue and even depressed. This is known as seasonal affective disorder (SAD).

Right about this time each year, the days get shorter and darker and it often seems as if the sun is on sabbatical. For some people, the lack of sunlight during the fall and winter can lead to feeling seriously blue and even depressed. Known as seasonal affective disorder (SAD), it is estimated that 2-10% of Americans are affected by this condition each year.1 Women are two to three times more likely to suffer from seasonal depression than men.2

The prevalence of SAD increases the further people live from the equator. Dr. Norman Rosenthal, the psychiatrist and scientist who first described SAD in the 1980s and who pioneered the use of light therapy for its treatment, found that in Florida, the prevalence of SAD was only 1.5% of the population, whereas in New Hampshire, it was almost 10%.3 In the famously rainy city of Portland, Oregon, as many as 9% of resident suffer from SAD, according to the Portland Mood Disorders Clinic.

More Than Just the Winter Blues

The Diagnostic and Statistical Manual of Mental Disorders, 4th ed. (DSMV-IV), categorizes seasonal affective disorder (SAD) not as a unique mood disorder, but as a specifier of major depression.4 Because SAD is a subtype of major depression, it may overlap with other diagnoses that share similar mechanisms, including generalized anxiety disorder, panic disorder, bulimia nervosa, late luteal phase dysphoric disorder, and chronic fatigue syndrome.5

SAD is thought to result from a shift in the body’s circadian rhythms, due to changes in sunlight patterns. The reduced level of sunlight in fall and winter may disrupt your body’s internal clock, which lets you know when you should sleep or be awake. This disruption of your circadian rhythm may lead to feelings of depression. Shorter, darker days also disrupt the balance of melatonin, a naturally-occurring hormone which plays a role in sleep patterns and mood. When you are exposed to less sunlight, your melatonin levels can increase and make you feel depressed. Finally, a drop in serotonin, a brain chemical that balances mood, caused by reduced sunlight might play a role in triggering depression.6 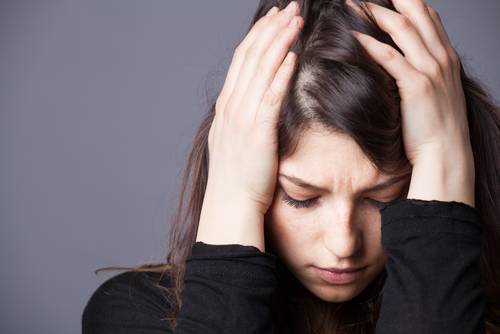 Light therapy is arguably the most popular form of SAD treatment and works by mimicking sunlight. Light therapy causes a biochemical change in your brain that lifts your mood, giving you relief from the symptoms of SAD. Light boxes emit intensities of light of 2,500 to 10,000 lux (as compared to a normal light fixture that emits 250 to 500 lux) and produce similar effects to the sun’s natural rays.7

Regular exercise, eating right, and managing stress can be extremely helpful techniques to combat feelings of the blues in the winter. Some people who suffer from more severe cases of SAD might find that anti-depressant medicine, in conjunction with other forms of therapy, assists mood.

Signs You May Be Suffering From SAD

Symptoms are most likely to occur in winter, but some forms of SAD do occur during the summer. They may start our mild and become more severe as the season progresses. Symptoms include inability to concentrate; increase in irritability; fatigue; appetite change, especially a craving for foods high in carbohydrates, social withdrawal; feelings of sadness, unhappiness, or restlessness; or loss of interest in work and activities you once enjoyed.

When to Seek Help

The sooner you admit you are suffering from more than just a case of the winter blues, the sooner you can get on with living. Though many people suffer depression, you don’t have to let symptoms of depression derail your life. SAD is a very real disease that can have a devastating impact on your quality of life. If you suspect you are suffering from SAD, find out how you can tackle your feelings of depression by talking to your doctor.