Training aerobically based on heart rate might be old school, but so many people have done it for a reason – it works. Let me explain why your aerobic system is so important and how to train it.

“The most common cause of reduced aerobic function is anaerobic training, and/or too much racing. “ Dr. Philip Maffetone, The Big Book of Endurance Training and Racing

The body is an amazing machine, capable of incredible feats of performance. Of the things that set us apart from the other members of the animal kingdom, however, perhaps the most powerful is our aerobic capacity and the way we shed excess heat.

While many animals are faster than us in a short race, eventually a human will catch them. Herd animals such as buffalo or antelope, early food choices for us as a species, cannot sweat. At some point, after running for a while, the animal must make a choice to either stand still – so it can pant and rid excess heat build-up, but also risk capture – or die from heat stroke. Meanwhile we humans will be chugging away remorselessly, sweating freely, and closing in for the kill.

In longer efforts such as events that last for two hours or more, ninety-nine percent of effort comes from the aerobic system. Of our three energy systems this one often seems to get short changed in terms of respect.

A very quick overview of the energy systems goes like this:

Some sports, such as boxing, with a championship fight lasting up to forty-seven minutes (twelve three-minute rounds with eleven one-minute breaks) have a varying mix of effort in them, from all out flurries of punches to periods of total rest in between rounds. However, the heart clearly is elevated above rest during the entire match and therefore the aerobic system needs to be strong and robust to cope with this. A thirty-minute event is still ninety-five percent aerobic.

Fat is the main ingredient in powering our aerobic system and is the reason why we’re covered in it. Most of our day is spent at relatively low intensity and right now as you read this you are working aerobically. The stronger your aerobic engine the more able you are to use fat for fuel instead of sugar (called glycogen when used in muscles).

And here’s where it gets interesting.

When your aerobic system is weak, you require more of your energy supply to come from sugar. But when you eat sugar you increase insulin production, which prevents you from breaking down fat to use for energy. To combat this you’ll need more sugar because you can’t use fat. This will increase insulin even more and turn your fat burning ability off even further.

If you’re one of those people who say, “Oh, I did tons of cardio and it just made me fat,” I’m going to say you’re doing it wrong. Most likely you found that you needed to eat more once you started burning up a ton of energy on long runs or rides. That’s okay. If you burn it, you need to replace it.

But, if you start to think, “Well, running is cardio and cardio means I need carbs,” then you’re going to have a problem. Especially if you eat a carb rich meal before your training session. All that does is encourage your body to need sugar during training and switch off that fat burning mechanism. Then you’ll need sugar during the session to fuel it, sugar after to replace what you burnt, and on and on.

I’ll make a bet with you right now that you are far weaker aerobically than you realize. The side effects of being deficient aerobically are as follows:

How can we tell when we have over stepped our aerobic system and have started training anaerobically? It’s quite easy, although many of you will look for ways to wiggle out of this. Before you stop and say something about how special you are or how unique or talented, just remember this formula comes from Dr. Phil Maffetone, the father 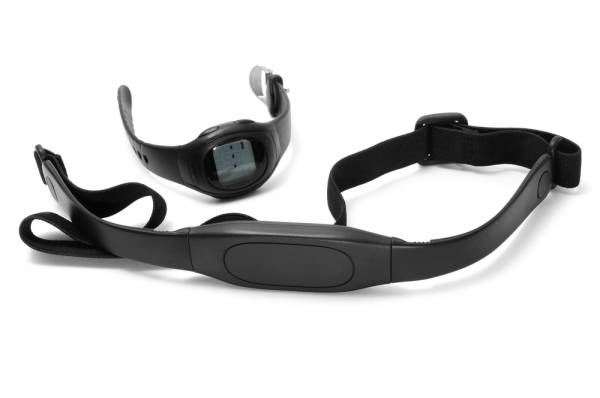 of heart rate training. He’s been studying this for over forty years and has coached greats like Mark Allen, Mike Pigg, Chris McCormack, Craig Alexander, and Gordy Byrn. This formula has been proven time and time again in elite endurance events. Keep that in mind as you get your fingers ready to type an ill-conceived comeback at the bottom of this page.

Your maximum aerobic heart rate is 180 minus your age. Mine is 140. Above this I am working anaerobically, putting myself in sugar burning mode, and starting the chain reaction of events that will lead to all the signs shown above.

Here are the rules, taken from Maffetone’s Big Book of Endurance Training and Racing:

2. Modify this number by selecting from among the following categories the one that best matches your fitness and health profile:

I will make these three bets with you:

Post your heart rate and your starting run observations below and let’s see what the effects are over time.