What the heck? How can a statement like that even be true? After all, everyone knows that exercise is the best way to lose weight. Exercise burns through the glycogen (produced from sugar/carbs) in your bloodstream, forcing your body to activate stored fatty acids. So how can exercise not be effective for weight control?

Hey, I’m just passing on what the science says. According to a study out of Loyola University Chicago, research proved that neither sedentary time (inactivity) or physical activity were associated with weight gains. The researchers studied data collected from adults (25 to 40 years old) living not only in the U.S., but also in South Africa, the Seychelles, Jamaica, and Ghana—meaning a broad audience. The participants all wore an accelerometer for a week to measure their activity levels. Their energy expenditure and step counts were both measured, along with their body fat, height, and weight. The study was repeated at one and two years after the initial testing.

As expected, Americans tended toward the obese, while Ghana participants were the lightest on average. The participants from Ghana were also fitter than the other participants, with 76% of men and 44% of women meeting the physical activity guidelines established by the U.S. Surgeon General. Shamefully, only 44% of American men and 20% of American women meet these guidelines.

But here’s a strange fact: the people who gained the most weight were the ones who met the activity guidelines. American men who did the recommended amount of activity (2.5 hours of moderate-intensity exercise per week) gained roughly 0.5 pounds per year. On the other hand, the Americans who didn’t get enough exercise ended up losing 0.6 pounds per year. The amount of sedentary time also played no role in weight gain. The factors that affected weight gain were: age, gender, and weight at the initial visit. Men tended to be heavier, and sedentary men tended to gain more weight as they got older.

What does this mean? This earth-shattering revelation defies everything we know about exercise, so what can we do for weight loss? Keep exercising, of course. 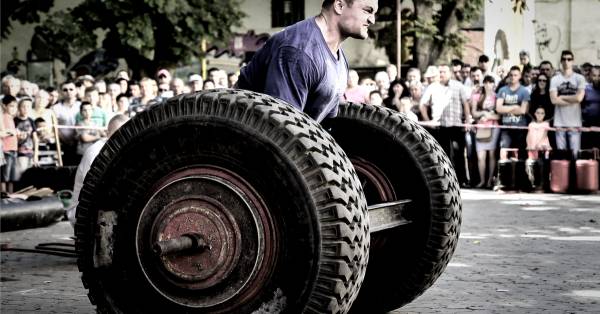 Exercise plays a role in building muscle, which in turn reduces body fat. Exercise is the most effective way to reduce body fat, even if it doesn’t cause significant decreases in weight. At the very least, exercise will prevent health problems, improve your cardiovascular function, build muscle, strengthen your joints, increase your flexibility, and activate stored fat. Weight loss is far less important than these things.

Exercise may not play a significant role in weight loss, but its impact does correlate to BMI with those that tended towards lower or normal BMIs tending to gain healthy weight from doing physical activity. The incidences of greater BMIs tend to happen in populations where people have access to things like fast food. That’s why there is an obesity problem in the US; people are around the kind of foods that lead to obesity.

This bears out in the study’s findings as researcher pointed out that just because someone is physically activity, it is not preclude them from becoming obese later in life because environmental factors, like living amid fast food, will hold more sway.

Statistically speaking, you can’t rely on weight loss from physical activity. As time goes by the culture of food that surrounds you will come to have more bearing on what happens to you more than anything else.